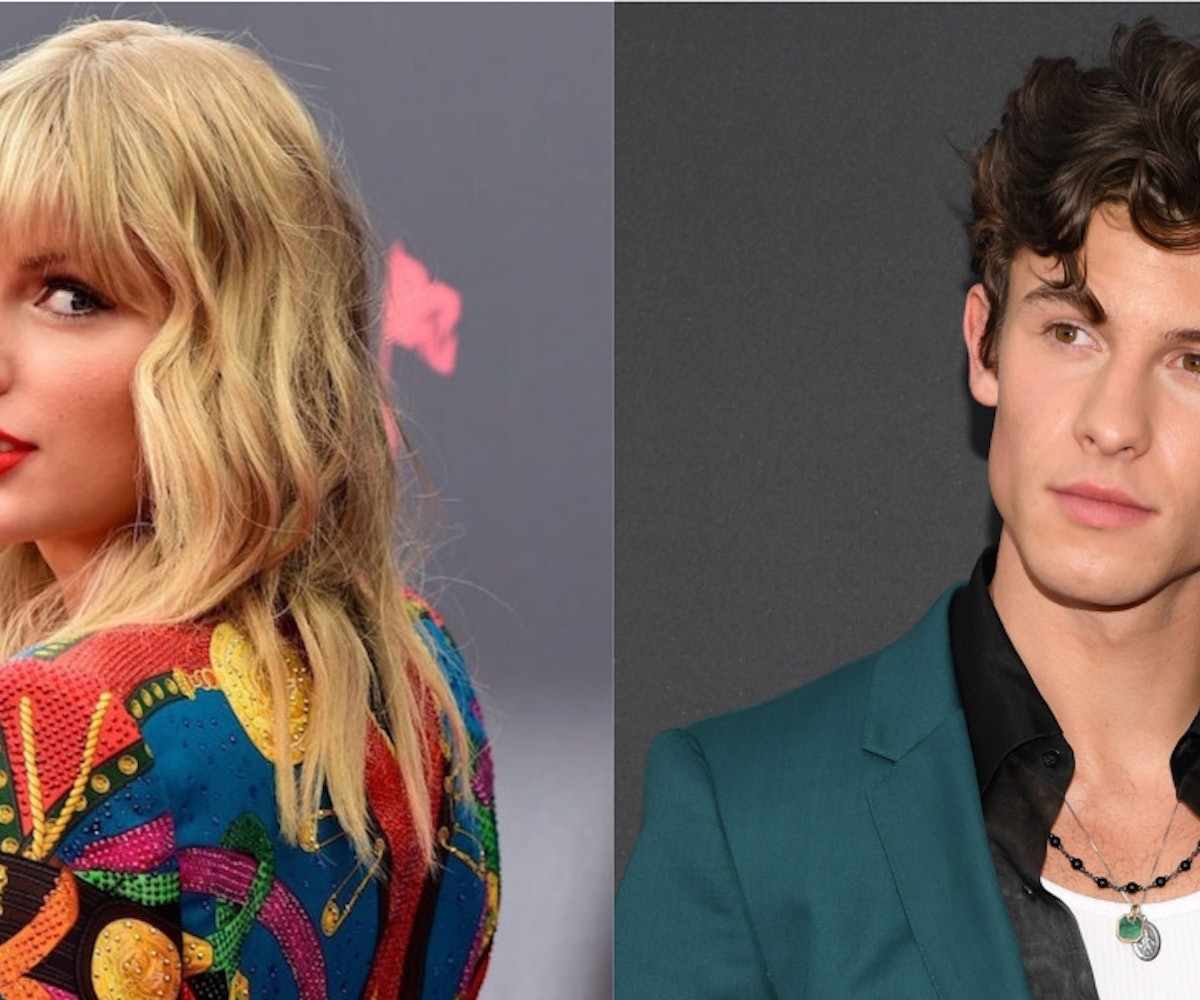 Taylor Swift has unveiled a romantic reworking of her Lovertitle track, inviting Shawn Mendes to help transform it into a warm and fuzzy duet. Swift dropped the collaboration — or as she put it, the "COLLABORASHAWN" — early Wednesday, excitedly announcing Mendes' added verses and harmonies to the world with a quick video on social media.

The original sparse arrangement is treated to added strings in the intro before Swift comes in with her original verse. "Lover" remains generally the same up until the second verse, which was entirely rewritten by Mendes. He sings alone, "We could light a bunch of candles/ And dance around the kitchen, baby/ Pictures of when we were young would hang on the wall/ We would sit on the stoop/ I'll sing love songs to you when we're eighty," with Swift rejoining on the last line, "See, I finally got you now honey, I won't let you fall." Swoon. Turns out he does know a thing or two about chemistry... if you catch our drift.

Mendes also offers a few original lines to the bridge, adding, "Look in my eyes, they will tell you the truth/ The girl in my story has always been you/ I'd go down with the Titanic, it's true, for you, lover," where Swift would traditionally sing her own about borrowed and blue hearts. Swift's Lover album art got a subtle makeover for the remix, too, trading out blue skies for a bright purple hue and digitally dying the ends of her hair to match. Whenever Swift is ready to join the colorful hair gang in real life, she has my full support.

Listen to the new "Lover" remix below.