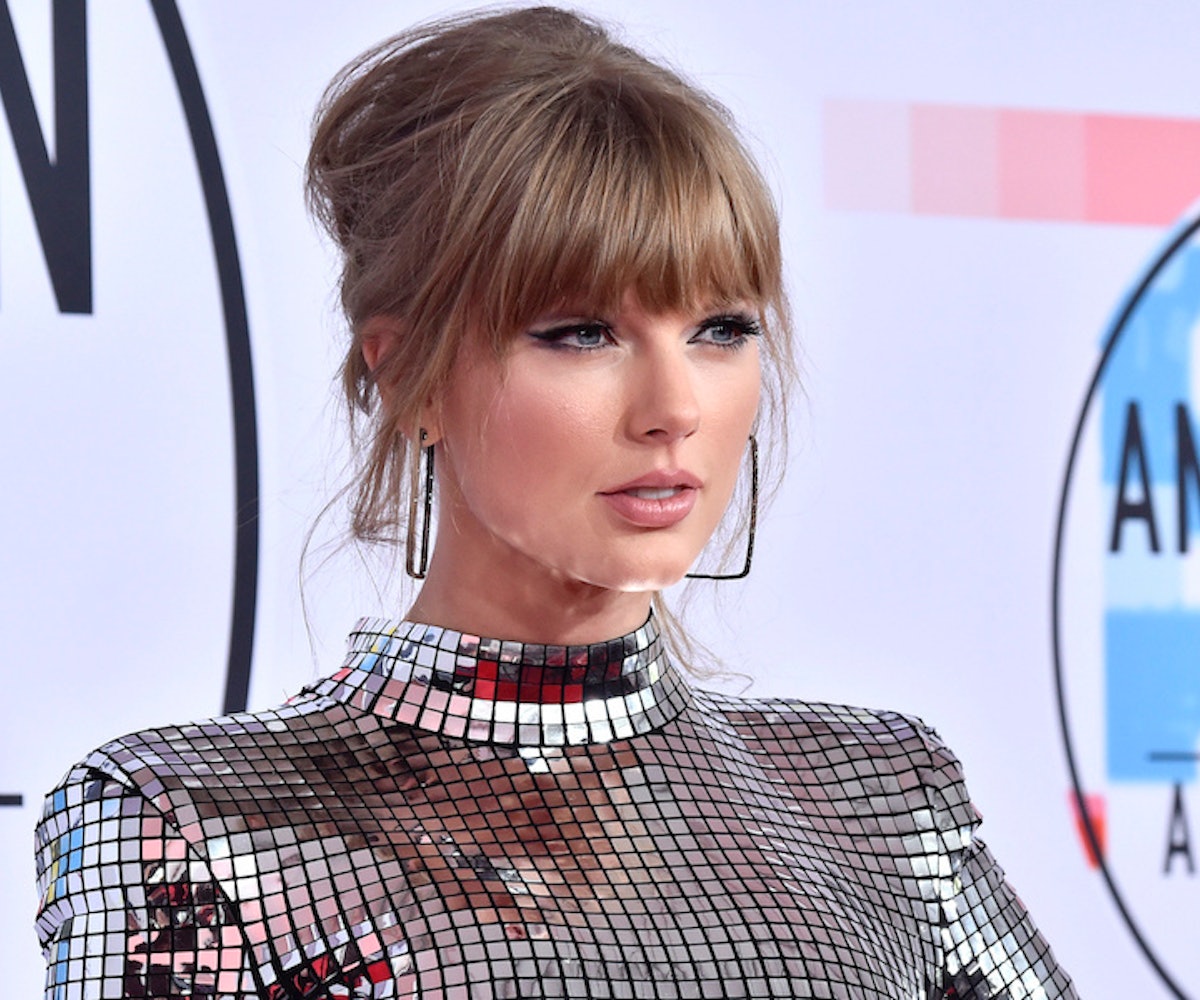 We can always count on Taylor Swift stans (and stans in general) to find the most subtle, insignificant details and turn them into theories that a new album is coming. Over the past couple of days, fans have forensically analyzed Swift's colorful, happy posts on Instagram and come to the conclusion that the Reputation era is ending, and we are moving on to what they're calling TS7.

Swift has a thing with numbers; Her lucky number, 13, is usually hidden throughout everything she does. But fans think that she's playing a new number game, and hiding a countdown across multiple platforms. They point out that, in the past week, Swift may have subtly slipped numbers into her Instagram posts—seven palm trees, sitting on the sixth step, and so on. The idea being that the descending numbers would lead to a big announcement (or release?) on March 1 when the "countdown" ends. According to @PopCrave, a flower symbol was also printed on Reputation calendars around the same date.

A Twitter account claiming to follow Swift's Spotify habits shared a similar countdown theory. They pointed out that, over the past couple of days, Swift has been listening to songs titled "Six Days," "Five Days," and so on. Today, she was apparently listening to "Coming Soon" by Queen.

I genuinely believe in the detective work of stans, but even this next one is a bit too far for me. As we mentioned, Swift tends to hide the number 13 in her videos and elsewhere and, with that in mind, users noticed that her frequent video director Joseph Kahn tweeted a cryptic teaser for his next project using exactly... wait for it... 13 words. Coincidence, or cold hard evidence?

Whatever happens tomorrow, The Jonas Brothers are coming back, so Swift or no Swift, it will be a good day of music. She'll release her music when she's good and ready. In the meantime, we'll be reading all of the wild theories along with Swift's beloved cat.