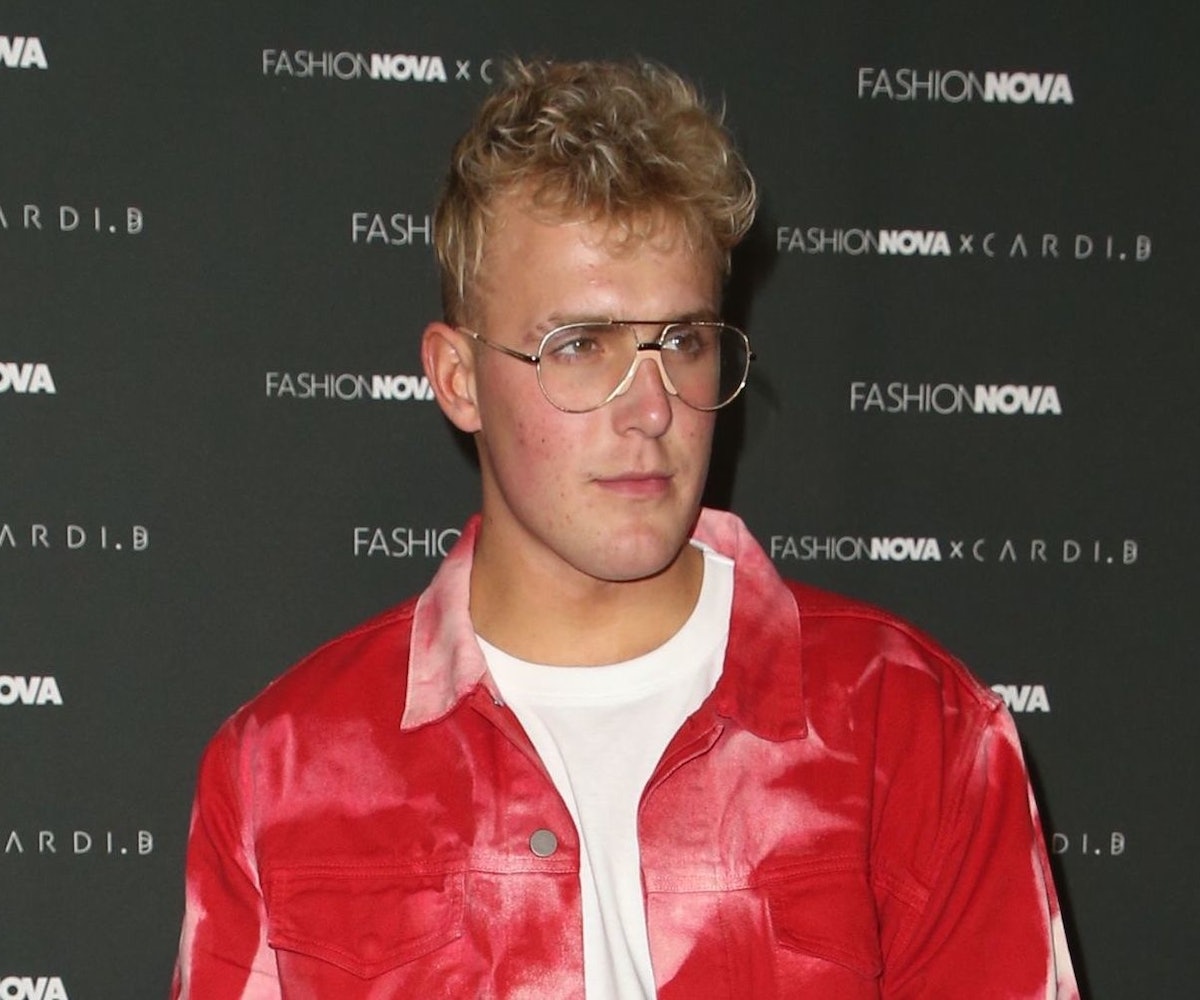 Two trans girls were kicked out of the Team 10 house (a so-called social media star incubator) for apparently not being "real girls," which is just straight-up transphobia. Though Jake Paul himself wasn't the person who kicked them out, but it seems like he needs to get the members of his house in order.

YouTuber Lilah Gibney posted a video over the weekend in which she and her friend, fellow YouTuber Kendall Raindrop, share the mortifying story of what happened to them when they went to the house. The two were at a party to which they'd been invited, and when they arrived, they were asked to leave by one of the Team 10 staff, who apparently came up to them and told them they should go to another party, because he "thought [they] were going to bring real girls."

In video footage that was taken at the house, the editor asked them how his comment is transphobic and maintained that he's "not trying to be disrespectful." Even after being told that his comments were both transphobic *and* disrespectful, he continued to maintain his backwards defense. "I was told that girls were coming," he said again. He also allegedly said that that they look like girls, but actually aren't. Which makes no sense.

Gibney says that the two were then "practically kicked out of the fucking front door, door locked behind us, shoved to the curb." Once they were in a car home, though, the manager called to try to get them to refrain from posting or "blackmailing" Team 10 after their humiliating experience. Gibney then showed a video that allegedly shows the same manager walking away while the door is being locked on them.

The worst thing about this is that it happens all the time for trans women. Gibney says that this isn't the worst act of transphobia she has been the victim of, and it's not the worst thing that could have happened to her. "It's something that trans people in general deal with literally every second [of] every day, and this is the least dramatic experience that happens with most people," she says. "It's just such a scary world."