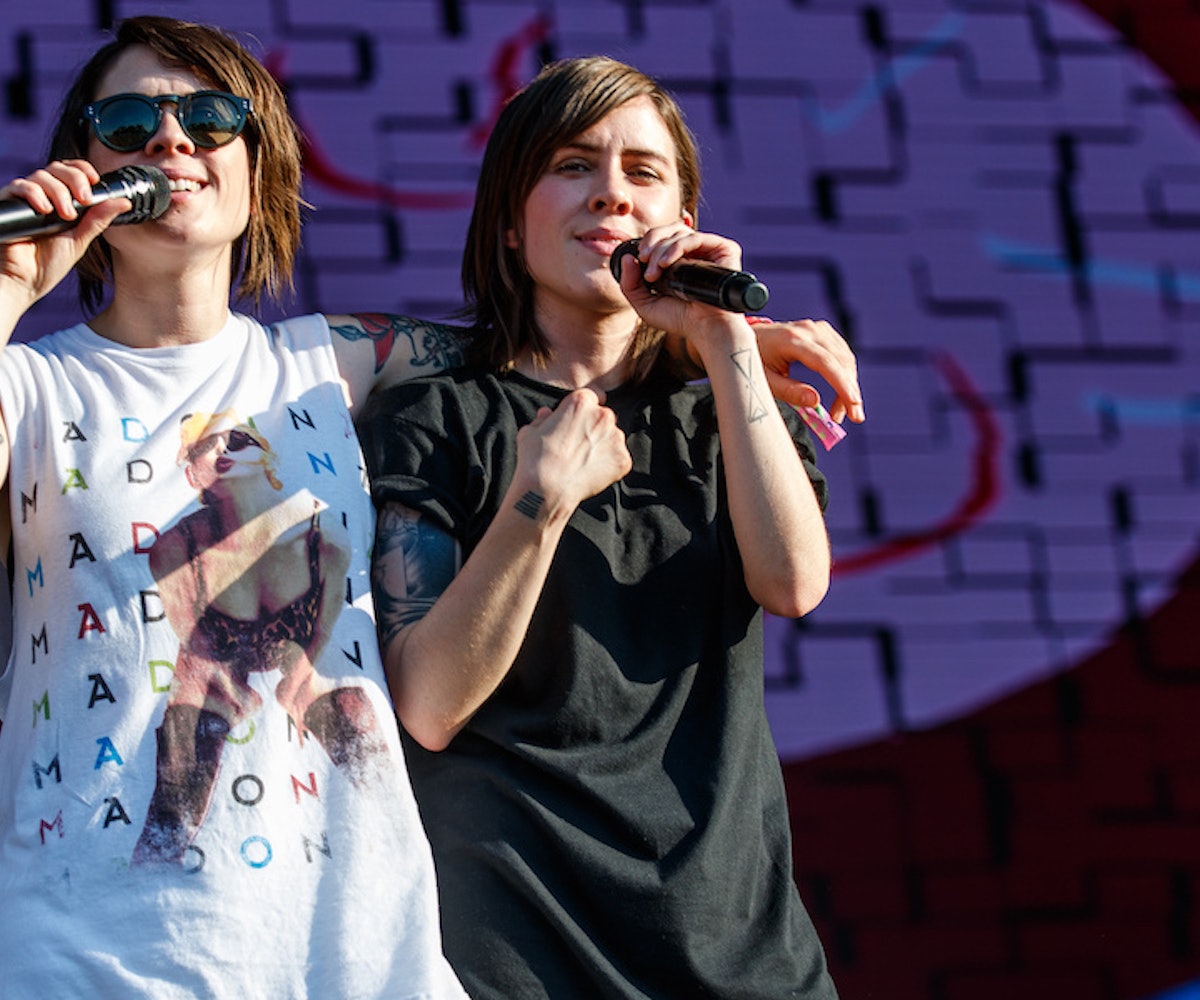 Twin sisters and indie rock veterans Tegan and Sara are about to have a packed as hell spring and summer. The duo announced a tour in support of their latest record and ninth studio album, last fall's Hey, I'm Just Like You, and it's a doozy. The tour will take the sisters across North America with a 40-date run that kicks off May 18 in Spokane, Washington. The first leg of the tour wraps in Chicago on June 6, and after a close to two-month break, the second leg launches on July 30 in Portland, Oregon and goes right to the tour's end on September 2 in Atlanta.

The news of the tour also lands amidst coronavirus shutdowns; the virus has brought a swift ass kicking to the entertainment and music world as it forces the cancellation and postponement of major festivals like SXSW and Coachella amid fears of further spread of the disease. As of writing, Tegan and Sara are still set to perform the BottleRock music festival in Napa, CA on May 23.

Along with the release of Hey, I'm Just Like You last fall, Tegan and Sara also became publishing legends with their The New York Times bestselling memoir High School. The book chronicles the twins' adolescence, the early beginnings of their band, and experiences that led them to being the vocal advocates of LGBTQ+ rights that they are today.

See all of Tegan and Sara's tour dates on the band's website, and grab tickets when they go on sale March 13 at 10 am local time.