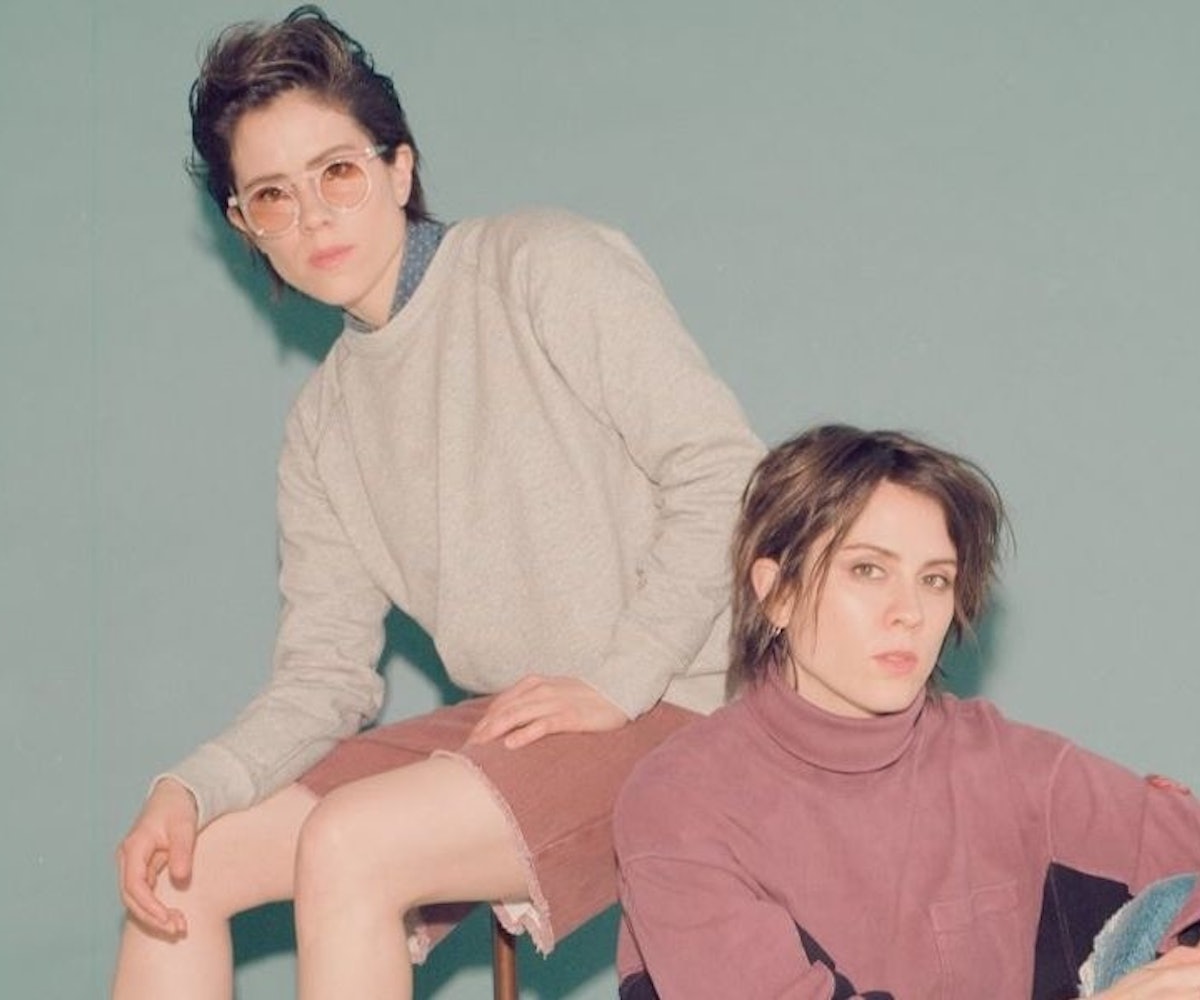 Tegan and Sara went to write their memoir—and came out with enough material for an entire album on top of it. Today, the duo announces forthcoming record, Hey, I'm Just Like You, and, per the Twitter announcement, they think "it might be your new favorite."

In a lengthy post to the band's website, they expand upon how the album came to be. "Last year while writing our new memoir, we came across two cassette tapes with dozens of songs we wrote in high school," the post reads. "Defiant and melodramatic, the songs captured the exultation and grief of first loves, first losses, ecstatic kiss-offs, and psychedelic tributes to the friendships we had as teenagers. It had been over 20 years since we had heard the songs and quite honestly, we both expected to listen once, cringe, and bury them for another couple decades. But they were good. Like, really good."

Despite being very green songwriters back then (and some recordings being indecipherable), Tegan and Sara used them as demos for the new record, only adding four new verses and narrowing down to a total of 12 finished tracks. Hey, I'm Just Like You was recorded over two months with an all-women team.

The album is set for September 27 release and is available to pre-save now.