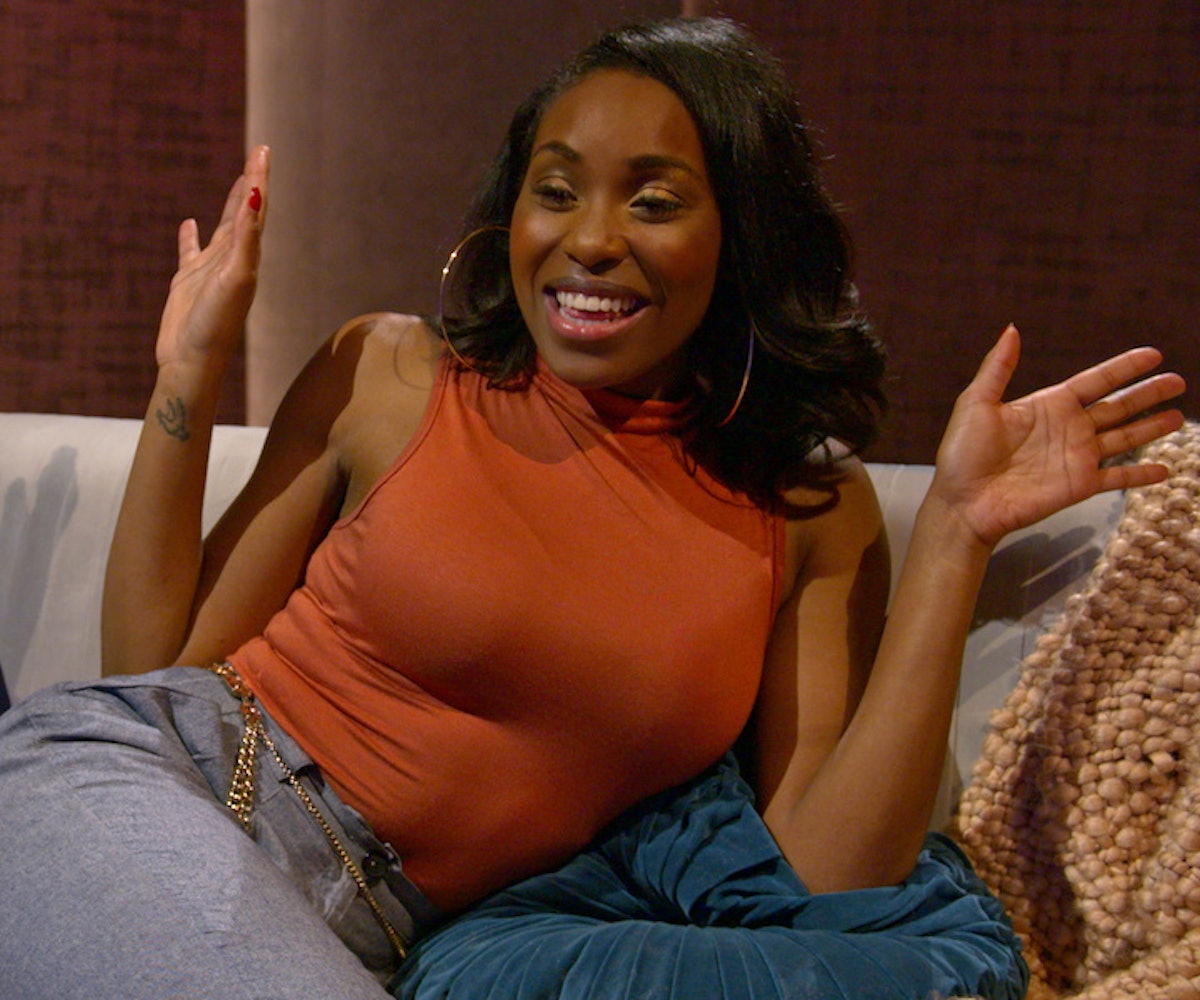 When it comes to reality television in 2020, there are only two shows that have been on everybody's lips: The Circle, a social media competition about people competing to be the most popular user on the titular platform, and Love Is Blind, a blind matchmaking competition where a man is meant to propose to a woman he's never met after only ten days of virtual chats. (Okay, maybe The Masked Singer, too — especially with the Sarah Palin reveal heard 'round the world. But I digress.) Which is why it comes as no surprise that Netflix, the geniuses behind both series, have decided to renew each smash hit for two more seasons, scheduled to premiere sometime next year.

One billed as a "social media competition," the other billed as a "social experiment," The Circle and Love Is Blind premiered back-to-back earlier this year (January 1 for the former; February 13 for the latter). And while both series debuted to instant fanfare, neither was valued for its compelling premise; instead, each formed their respective fanbases around people desperate for anything that offered them catty drama on days without a new episode of The Bachelor. In my review of The Circle, I described it as a "boldly inane show that doesn't offer anything worthwhile during a time when the world is burning all around us," while also noting that as ridiculous and messy as it was, it was ultimately "a show that is so steadfast in its essential awfulness that it inadvertently circles back around to being good."

Similar things were said about Love Is Blind, with mostreviewsdescribingitsaddictiveness as a direct result of its core ridiculousness. And with nothing to do right now than stay home and binge hours of so-so television, who could ask for anything better than two more seasons of peak trash TV? (If you can't wait until 2021, The Circle has already launched two spinoffs: The Circle: Brazil, which premiered earlier this month, and The Circle: France, which will premiere on April 9.)

As if all this wasn't enough good news for reality TV fanatics, Netflix also announced that Rhythm + Flow, its rap competition show hosted by Cardi B, Chance the Rapper, and T.I., would return for a second season. Additionally, Marie Kondo, the "organizing consultant" that showed us the joy of tidying up at the top of 2019, would return to the streamer with Sparking Joy, a new show that finds Kondo and her team expanding their business beyond individuals to tidy up an entire small town. Take that, Queer Eye!

In a statement, Brandon Riegg, Netflix Vice President of Nonfiction Series and Comedy Specials, said, "It's been incredible to see Netflix members everywhere respond to the raw, authentic stories of real people and real stakes. We pride ourselves on creating a favorite show for any taste, and we're thrilled fans embraced all of these series with such enthusiasm and shared passion. We look forward to sparking more joy for our members."

Despite the fact that I would hesitate to call the stories found on shows like The Circle and Love Is Blind "raw" or "authentic" (half the people on The Circle are literal catfishes, after all), I must admit that I am anxiously awaiting their respective returns. Until 2021!

Check out Netflix's announcement below.