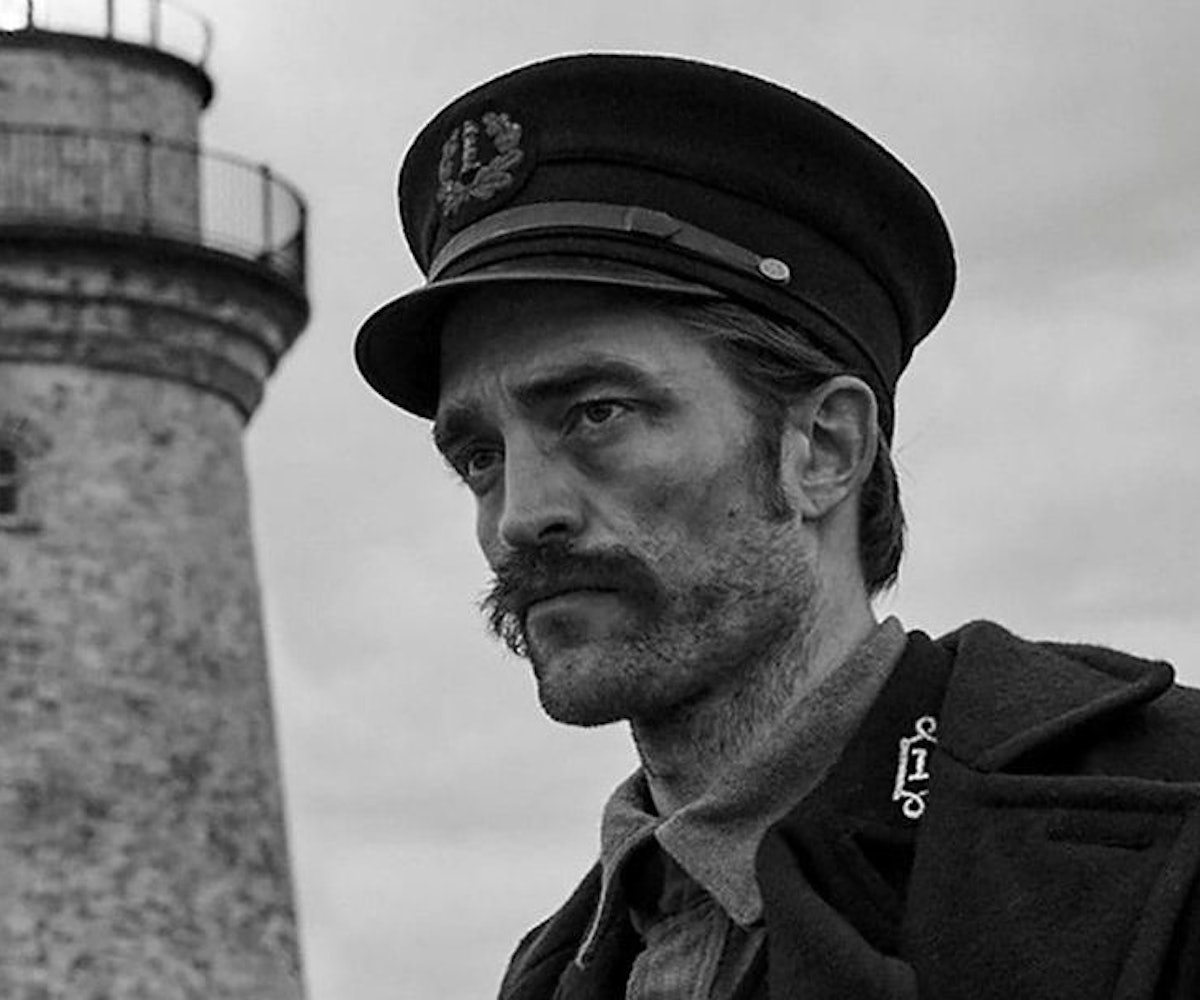 Photograph courtesy of A24

In all likelihood, Robert Pattinson will be remembered by casual movie fans for playing two very high-profile roles in pop-culture juggernauts: Edward, the tortured vampire hero of the quasi-romantic stalker saga Twilight and its sequels; and Bruce Wayne, the beloved superhero he's playing for director Matt Reeves' Batman release that hasn't yet started production. And if Pattinson had been cast as Batman shortly after the Twilight series ended in 2012, his career would very much fit the MO of every other attractive young British guy who comes to Hollywood, tries on an American accent, and makes his way to a superhero casting announcement.

But over the past six years or so, Pattinson has taken a detour from franchise movie-making and explored some dark, eccentric crevices of indie movies. He briefly became a muse to David Cronenberg; he went bleached and desperate for the Safdie Brothers' Good Time; and did the Claire Denis version of the Hollywood astronaut movie with High Life. His new movie The Lighthousepushes him further. In this black-and-white folk-tale freakout from Robert Eggers, who made The Witch, Pattinson spends most of his screentime either alone or opposite Willem Dafoe in full-on salty-sea-captain mode. The movie is shot in an aspect ratio of 1.19:1, which means it's not just more square-looking than typical widescreen features, but even more cramped than most pre-widescreen movies (which were often in 1.33:1). It makes the movie look both old-timey quaint and terrifyingly confined, like the walls are closing in on its stars. Especially Pattinson.

Ephraim (Pattinson) is the movie's point-of-view character, who arrives at a remote island lighthouse to assist Thomas (Dafoe) in its upkeep for one month. It's literally a thankless task, as Thomas doesn't offer gratitude for the help so much as a strict regimen of routines too exacting (and sometimes arbitrary) for Ephraim to learn. He cleans floors, and Thomas barks at him to clean them again. He's supposed to be training, but Thomas forbids him from actually approaching, much less learning about, the actual light. He insists that he doesn't drink, and Thomas insists on involving him in elaborate toasts. Eventually, they get drunk together, either because Ephraim bends further to the old man's will, or because Thomas simply drives him to drink. And/or to madness.

Dafoe has the showier part here, speaking with a rough-hewn old-timey lyricism that Eggers and his brother Max pieced together from heavy research (both characters speak this way, but tellingly, Thomas really bites into it with relish). But it's Pattinson who must go from stoic to put-upon to the brink of insanity, facing off with a seagull—heeding, and then blatantly ignoring, Thomas' notion that it may hold supernatural properties—and hallucinating sex with a mermaid. Or is he not hallucinating at all? His state of mind is as unclassifiable as The Lighthouse itself, which could be a spooky horror story, a psychological duel, or a deep, dark comedy. (At two hours, it probably spends a little too much time zig-zagging around all three.)

Pattinson tethers the movie's uncanny strangeness to something resembling real human emotion. It's his performance that makes the movie feel, at times, like a parable about work—the consuming, potentially crushing madness of ceaseless, pointless labor. Ephraim is given tasks that don't seem to connect to anything except that he's being paid to perform them, and perform them to Thomas' sometimes-insane specifications. He sees the lighthouse gig as something he can endure on his way to a more stable, purpose-driven life, and it winds up opening his eyes to the absolute hell, and camaraderie, and hell again, of other people. Would it be glib to compare this to, well, any job you don't love?

For some, that job might be acting in big-studio movies (cushy as it can seem). Sometimes when a star like Pattinson digs into oddball roles (he also minces hilariously through his supporting role in The King, in theaters now and on Netflix next month), it can feel like a form of reverse-vanity, like a performer trying to annihilate his (it's almost always his) own natural beauty in the name of art. But Pattinson's work in The Lighthouse doesn't feel like a gimmick, in part because he has such a convincing and magnetic partner in Dafoe, and in part because there is something workmanlike about Pattinson's acting. That's not a bad thing; it's true for plenty of talented actors, like Leonardo DiCaprio or Christian Bale. Like those guys, Pattinson often appears to be putting in some effort, even when he's turning inward. (It's part of the reason he'll probably make a good Batman—and a superb Matches Malone, should the next Batman film choose to employ Batman's street-level criminal disguise persona.)

Pattinson's workmanlike qualities shine because he rarely seems to regard his looks or charisma as a burden to overcome, yet still appears genuinely discomfited in his own skin (and, in this movie, sailor's mustache). His soul-sickness transcends his dreamy pallor, which sounds like a perfect description of a vampire anti-hero, making Twilight's inability to provide a compelling one all the more galling. In The Lighthouse, Pattinson perfectly conveys the desperation of someone who has a job to do, and must bear down as its parameters keep shifting, and maybe start closing in. Eggers conjures a masterful sense of foreboding, as he did in The Witch. But amidst the dread, and dark humor, and bonkers imagery that makes The Lighthouse a weird little marvel, it's arguably Pattinson who really drives it home as a horror film.

The Lighthouse is out in theatres now.