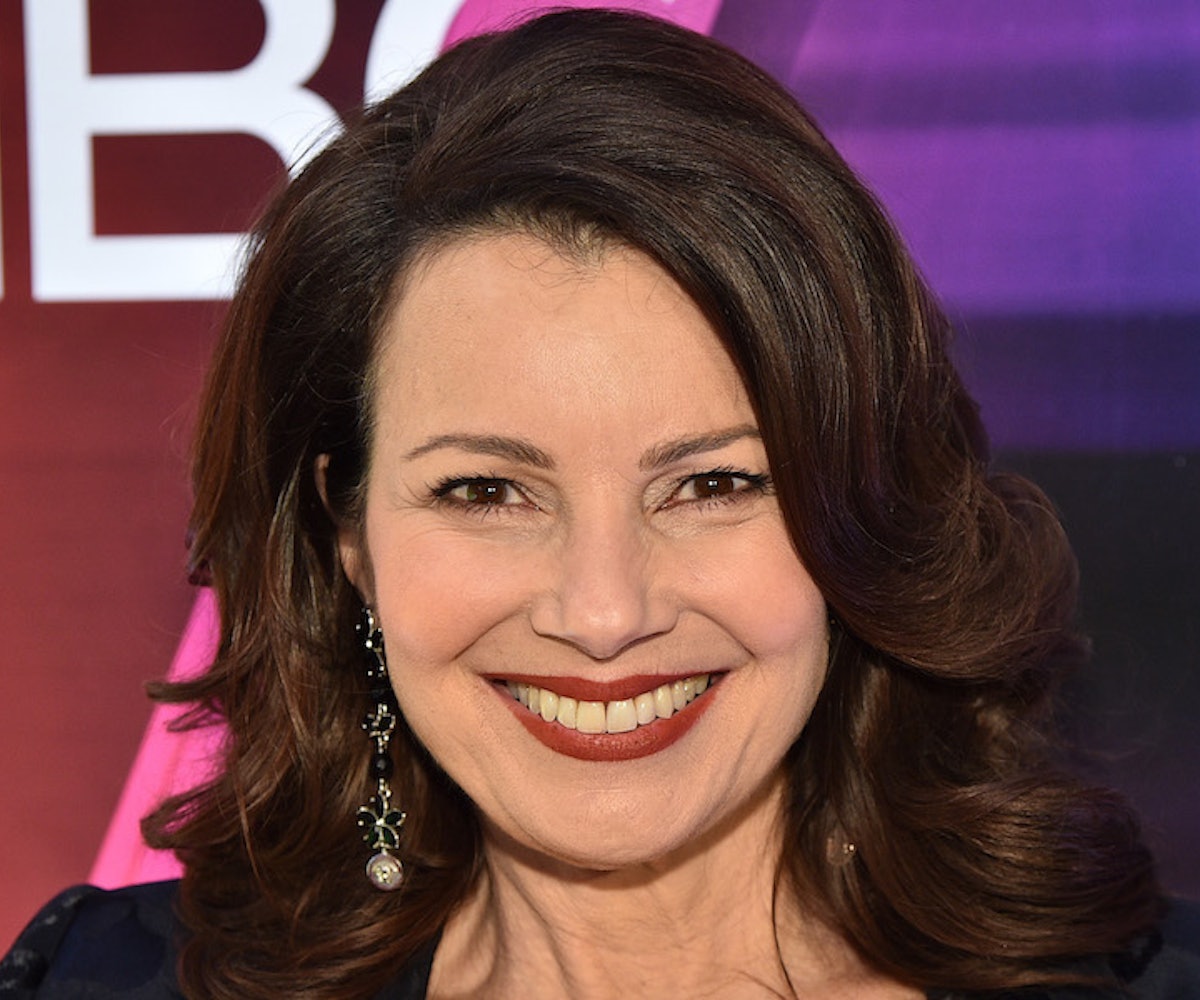 The hottest club in the world right now is Zoom. It has everything: birthday parties, happy hours, work conference calls, raves with global DJs that attract upwards of 1000 attendees, and most recently, the one and only...Fran Drescher? Yes, you read that correctly. As part of the current trend of "celebrities doing stuff because they're just as bored as the rest of us," the comedian, activist, and all-around icon Fran Drescher will join her The Nanny co-stars for a virtual Zoom table read of the classic "Pilot" episode, which will be uploaded to the Sony Pictures YouTube page next Monday, April 6.

It's safe to say that Drescher has been doing more than her part to keep us all fed during this pandemic-induced quarantine. Just last week, the Emmy-nominated actress made headlines when she asserted herself as a bona fide comrade after boldly tweeting that "capitalism has become another word for Ruling Class Elite." And now, she is blessing us all by reuniting everyone (Charles Shaughnessy, Daniel Davis, Lauren Lane, Nicholle Tom, Benjamin Salisbury, Madeline Zima, Renee Taylor, Alex Sternin, Ann Hampton Callaway, DeeDee Rescher, Rachel Chagall and Jonathan Penner) — or just about everyone; James Marsden will unfortunately not be participating — for a sure-to-be nostalgic walk down memory lane? We have no choice but to stan.

In a statement provided to Variety, Drescher said, "Laughter is the best medicine! So, in these challenging times, Petah [the show's co-creator, Peter Marc Jacobson] and I thought, wouldn't it be great if we pulled together the original cast of The Nanny for a virtual read of the pilot? It's a once in a lifetime Pandemic Performance for our fans around the world who are currently stressing in isolation and could use a real upper! It sure has given each of us a lift and we hope it does for you as well."

Well, Fran, I can guarantee you that watching this table read certainly will give me a lift. In fact, the only thing I'd worry about is watching this and not being able to immediately binge several hours of The Nanny reruns. And luckily, I don't have to worry about that, either. Starting Monday night at 8:00pm ET, LOGO will air a ten-episode marathon of The Nanny featuring the pilot and nine other "fan favorites." Looks like all the bases are covered!

And who knows? Maybe this will help get the creative juices flowing for that upcoming Nanny musical currently being developed with Crazy Ex-Girlfriend's Rachel Bloom. We can only hope.