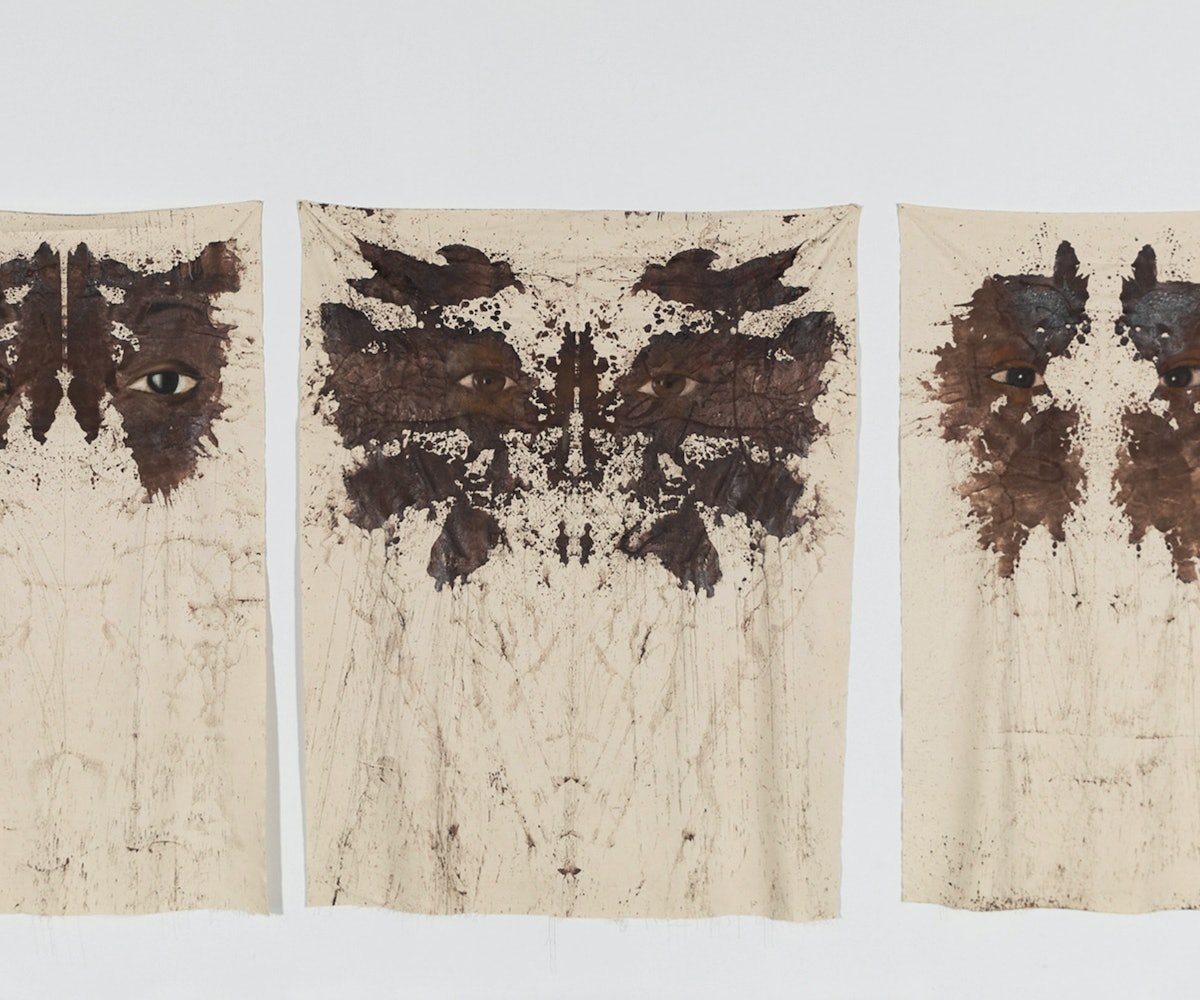 America is responsible for locking up more people than any other country in the world, with about 2.2 million individuals serving time as of 2016. And, once you're in the prison system, it's incredibly hard to get out. And, once people are able to leave the prison system, they are often prevented from taking advantage of employment and housing opportunities; their convictions follow them for the rest of their lives. But unless you know—or are—someone who has been in prison, you probably only know about their plights through statistics, not through tales of personal experience.

"The O.G. Experience," a pop-up art exhibition in New York City, is trying to change that, by giving incarcerated people a platform to tell their stories. The exhibition is solely populated with the work of artists who have been incarcerated, offering new insight into these experiences. The curators of the exhibition, Jesse Krimes and Daveen Trentman, said,"Despite our collective proximity to people directly impacted by the criminal justice system, there is a notable absence in the contemporary art world of artists who have a firsthand experience of incarceration."

"The O.G. Experience" was inspired by HBO's upcoming film O.G., which premieres on February 23. It tells the story of a man named Louis (Jeffrey Wright), who is nearing the end of his 24-year-long sentence and must reckon with what his life will be like when he's out of prison. O.G. was created with the help of actual men in prison, who were consulted during the writing of the script and cast in the film itself. The corresponding art exhibition gives formerly incarcerated people the same autonomy to tell their own stories.

Krimes and Trentman note that the point of the show is to allow us to "better appreciate how an artist might grapple with the lived physical, psychological, and emotional experience of incarceration and reentry." Many pieces are made using only materials that the artists had access to in prison, with some created while they were still behind bars. They used things like prison-issued soap, bed sheets, lunch trays, even the dirt found in the prison yard, to tell their stories. What becomes immediately obvious is the huge effort these artists made to express their creativity in a place that took heavy measures to stifle it, using everything at their disposal to share their experience in a meaningful way.

The exhibition shows more than just the experience inside the prison, also revealing what it's like to reenter into society as a formerly incarcerated person. More so, many of the pieces are inextricably tied to Black identity, and the perception of Black bodies in society; on the wall of the exhibit is this harrowing statistic: "Black men between the ages of 18 and 35 have a one in three chance of going to prison in their lifetime."

It's impossible to look at this art and forget that systemic racism is at the heart of our modern incarceration phenomenon. One series which stands out is Russell Craig's E-Val. Craig's large-scale tapestry-like works use ox blood, as a substitute for human blood, with which he created abstract, Rorschach-like figures with eyes painted on them. The pieces are meant to serve as "fragmented portraits of Black Americans involved in police-involved shootings." Other pieces photograph Black men who have been involved in the prison system, showcasing them in a manner that honors them as people, not as numbers.

Allowing people to talk for themselves, especially disenfranchised people who are often left out of the conversation completely, is essential for progress. This cannot be the only exhibition that shows the work of the incarcerated, and "The O.G. Experience" does not want it to be. In fact, Krimes and Trentman hope that this will help the artists' work "be considered as a serious aesthetic endeavor, with respect for their creative genius, conceptual rigor, and critical perspective." They hope that not just the art industry, but the public at large, will be made to "reflect on their power, access, and privilege, and consider how to lift up marginalized voices and create space for directly impacted people."

"The O.G. Experience" is open in New York City through February 25.