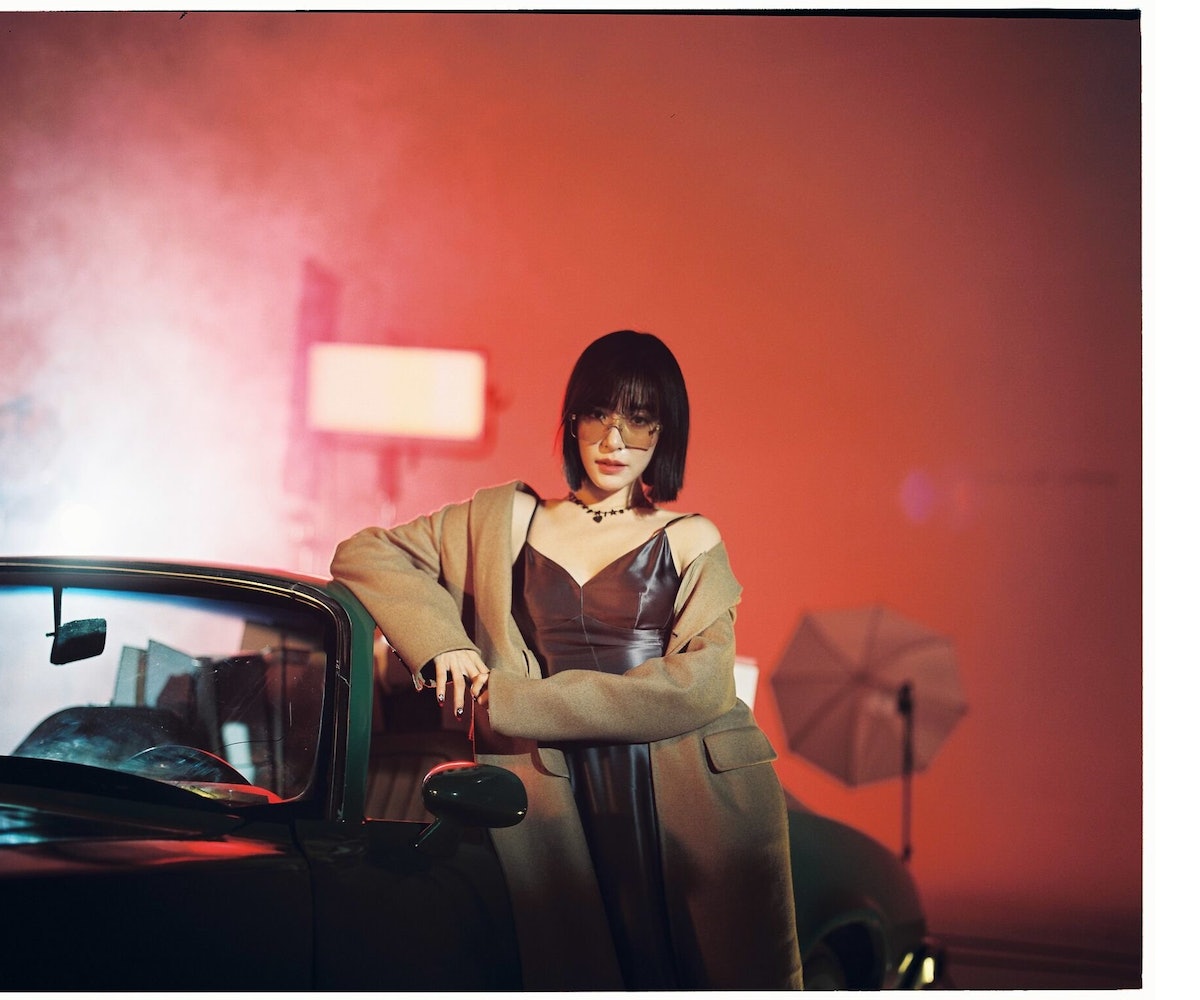 Following over a decade of success with K-pop group Girls' Generation in Korea, Tiffany Young is ready for her U.S. debut. With 6.8 million followers (and counting) on Instagram, the Los Angeles-born singer-songwriter is an inspiration for aspiring female artists all around the world.

Following the success of her "Teach You" visual, which currently has close to 6 million views two months after its release, Young proves she has the talent, the drive, and the heart to become the next big pop star in America. Oh, and she also wants to tackle the big screen. Below, we talk with Young about her U.S. debut and dreams for the future.

What's it like being a K-pop star, but actually being from Los Angeles?

It's interesting. Being in Korea, I was always the American girl, and now being back in America, I'm the Korean girl. I'm just so glad I had the time to really understand both sides and dig deep into my roots of being both Korean and American. I'm fortunate to have that experience and that knowledge. I'm just happy to be starting a new chapter of my career and creativity as a woman. I'm in a place where I'm a lot more sure, stronger, and willing to really talk about things openly and honestly.

What was the desire to want to break into the U.S. market?

I had the experience to get a taste of what American promotion was like with Girls' Generation back in 2011. We got to do Madison Square Garden, TRL, the David Letterman show. For me, growing up here, I remember doing rehearsals and staring at that couch for that interview. I was looking at my bandmates like, "I want to sit there and share my story one day." I remember one of them saying, "You're going to do it. You're going to sit on that couch and share your story."

I'd always dreamed of being an American pop star growing up. In the '90s and 2000s, you had Whitney Houston, Mariah Carey, Aaliyah, Destiny's Child, and Britney Spears—I just loved them all. That was the era, and I was so inspired by the leading ladies of pop music. I've always wanted to be an American pop star, and it all intertwined into one big dream. Now I'm back home after 13 years in K-pop. I would have never even been able to really grasp that idea because learning the responsibilities and just the whole idea of coming into a new side of town—especially as an Asian American—I've prepped myself for a big, wild ride.

Are you guys still making music as Girls' Generation?

We're on a temporary break right now. We're all doing solo things, units, and sub-units. Nothing yet, we like to all just trail off. Over the 10 years, we got the experience to be full-on promotion with the group, then take a year or two off. It's only been a year, so hopefully more in the future.

What was the hardest part about transitioning to being a solo artist?

I would have to say moving, in general. Moving back after 14 years in Korea, it's a steep learning curve, but I'm learning. I think going solo here in the U.S., it's really important to focus on the angles of representation: being Asian American and being a woman. That it's not just another song after 12 years. For me, it's about being really specific and really finding the right production for each song and each move. It's about moving, re-adjusting, and learning new things.

What's the best part of being a solo artist?

The best part is taking full control of creativity, and orchestrating your vision and bringing it to life. It's just a vision in my head, but it's about pulling the right artists in. I'm not the only artist. I consider everybody doing what they do an expert. I really hope that is another thing that I can share with everybody when interviewing, when at a photo shoot, everybody is a creative. It's a joy to be able to orchestrate, work, and be inspired by creatives all around.

Your video for "Teach You" is so cinematic and so epic. What goes into your creative process?

I'm 50 percent music, 50 percent visual. It's about taking that time and getting to know what is underlying in your subconscious and digging into those emotions, bringing out what you want to talk about.

Where do you fit in the realm of pop, R&B, and hip-hop?

Pop, 100 percent. That's what I love. That's what I want to represent: good pop. I loved pop growing up. I actually listened to so many different things growing up. I had this alternative emo phase, I had country, I loved Shania Twain. I had such a different range in music. I love hip-hop, my fans know that. I just don't let anybody really know that. I loved all the collaborations back in day with different genres but definitely pop.

It's interesting because when I heard your record, "Teach You," you don't see or hear race.

That's what I wanted. It worked! [laughs] I think that's what pop music is, and that's a little bit of where K-pop is heading. When I was younger, I was such a fan of BoA. She sings in English, Chinese, Japanese, she just sounds so good. I'm so glad that's where it's at. It doesn't matter, music is music.

You've said you record from heartbreak. What is it you want fans to get from your story?

Over in Korea, it was about showing passion. You can really do something when you set your mind to it and work at it. But now being at this stage, and having this experience that I have, and wanting to go into film, acting, creating, directing, or writing—I'm so inspired by Donald Glover. I hope that my story now not only inspires women and Asian Americans but everybody in general. Storytelling and creating art is about being passionate, but also compassionate. That it is about finding that human, universal theme in the story or experience. It's about the fact that we all go through the same experiences, feelings, and emotions.

What can we expect from your upcoming EP?

My upcoming EP has been in the works for a year. Just been digging, writing, and digging, writing, scrapping, and re-writing. I'm the type of person that doesn't know when to stop. I want to work on it until I can't anymore and give a little bit more every time. I hope that this album is about discovery, both old and new.

Do you have a man?

No, I do not. I've been getting this question, and I'm just like, "Yo, I'm sleeping two hours a day for the past four months." It feels good right now. That energy attracts, hopefully. When it happens, it happens. I'm on a mission. We started this music thing, let's go!

What advice do you have for an aspiring Tiffany Young?

Be ready for sacrifice. Be ready to commit. Go that extra mile, and really dig and research into your craft. "You are not a special snowflake," says Tyler Durden from Fight Club. We are not special snowflakes, ever! There's no secret around it. It definitely is about being a master at your own craft and being the expert. There's no other way except the hours, the heart, and the research.