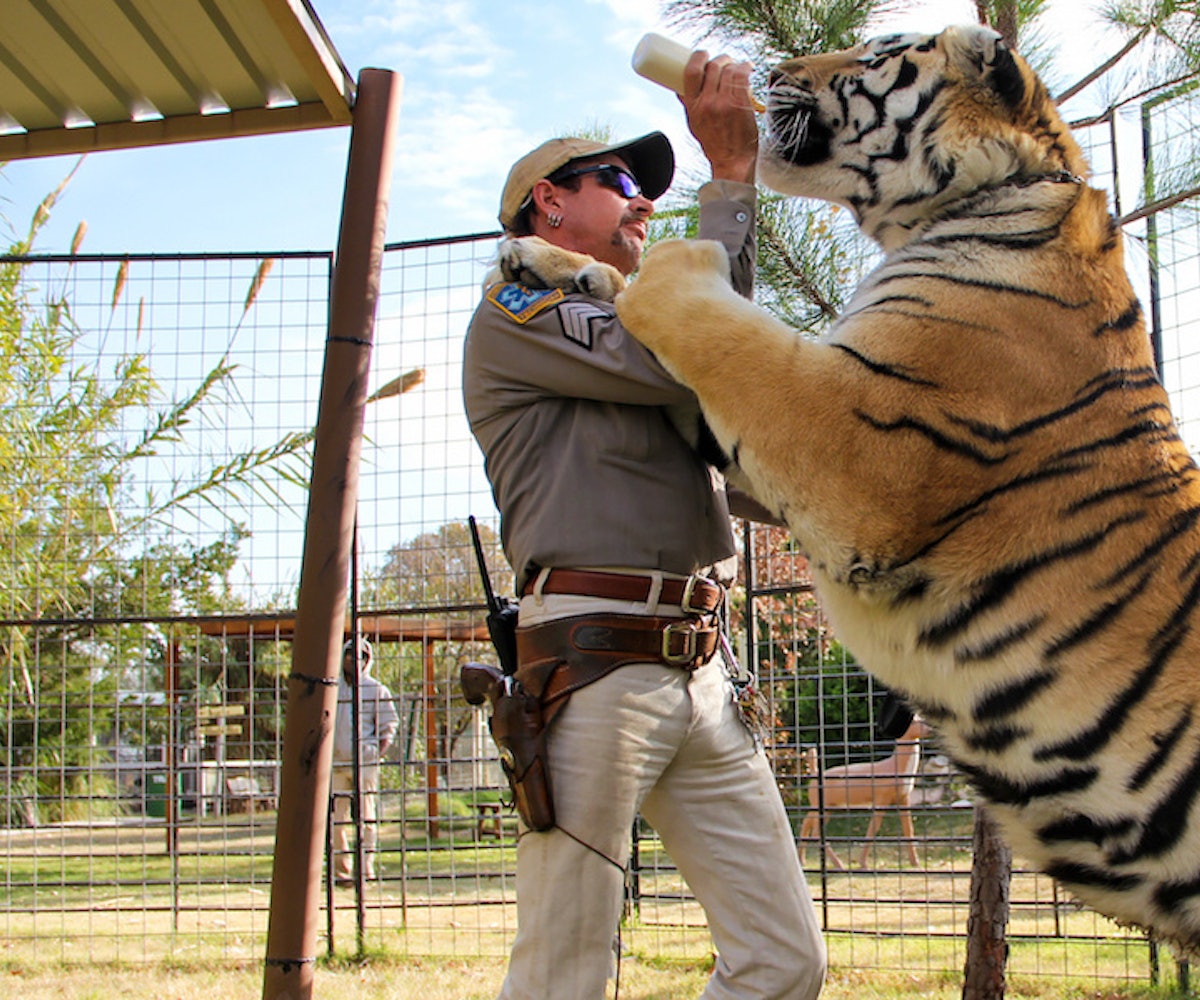 For everyone who hasn't been living underneath a rock, there's a good chance Tiger King has dominated a good part of the non-coronavirus conversations you've had with your friends, colleagues, and family members over the past couple of weeks. Whether you voluntarily plunged through the breakout series' seven episodes on your own accord or have simply heard enough about the show that you feel you've watched it anyway, there's no denying that the so-crazy-it-must-be-true story of Joe Exotic, Carole Baskin, and all the insane, polyamorous, and possibly murderous people that float throughout their respective circles, has captivated audiences of all ages and backgrounds. Even with the seventh episode drawing things to what can easily be deemed an appropriate end (with Joe Exotic now locked away in prison while Carole Baskin roams free, mystery of her missing husband still unsolved), most of us have been left wanting more anyway. Fortunately, the powers that be have heard our desires and chosen to respond accordingly: Netflix is reportedly set to drop a new, eighth episode of the docuseries sometime this week.

Weirdly, the announcement didn't come from Netflix, nor did it come from anyone immediately involved in the show itself — at least in any direct way. Rather, the announcement came from the Twitter account of Los Angeles Dodgers third baseman Justin Turner, who uploaded a Cameo he received from Jeff Lowe, the man who bought and took over Joe Exotic's zoo following his imprisonment.

"This is Jeff and Lauren from the Tiger King show on Netflix," Lowe says at the beginning of the 25-second video. But after doing all the typical Cameo shenanigans ("Thank you for watching our show," "Christy said you were a big fan," etc.), Lowe then proceeded to drop a special bit of (possibly classified) information that Turner surely wasn't expecting. "Netflix is adding one more episode and it will be on next week. We're filming here tomorrow," Lowe added, completely ignoring the social distancing rules that would make filming a reality television show right now close to impossible. But in the end, he acknowledged the current pandemic by signing off with, "Take care, stay safe, and put your mask on."

For the time being, Netflix has not released any official information about this upcoming episode — which means we don't even know if it's real, let alone if this alleged eighth episode will be a followup to what came before, some kind of reunion special, or maybe just a bonus episode filled with bloopers and previously unseen footage. Either way, if this eighth entry does exist, you can bet that it will quickly become all the internet wants to talk about for the foreseeable future (as if they've stopped talking about the previous seven episodes even now, two and a half weeks after the show first premiered). So strap in, put on a colorful blouse, grab hold of your (hopefully not big) cat, and prepare for some more Oklahoma shenanigans. And while you're at it, free Joe Exotic!

NEXT UP
Culture
Remember When Gossip Girl Made The Quintessential Thanksgiving Episode?
Beauty
Jenna Ortega As Wednesday Addams is Serious Soft Goth Beauty Inspo
Culture
Simona Tabasco Is the Lifeblood of The White Lotus
NYLON Nineteen
Kosar Ali Is A Met Gala Aficionado