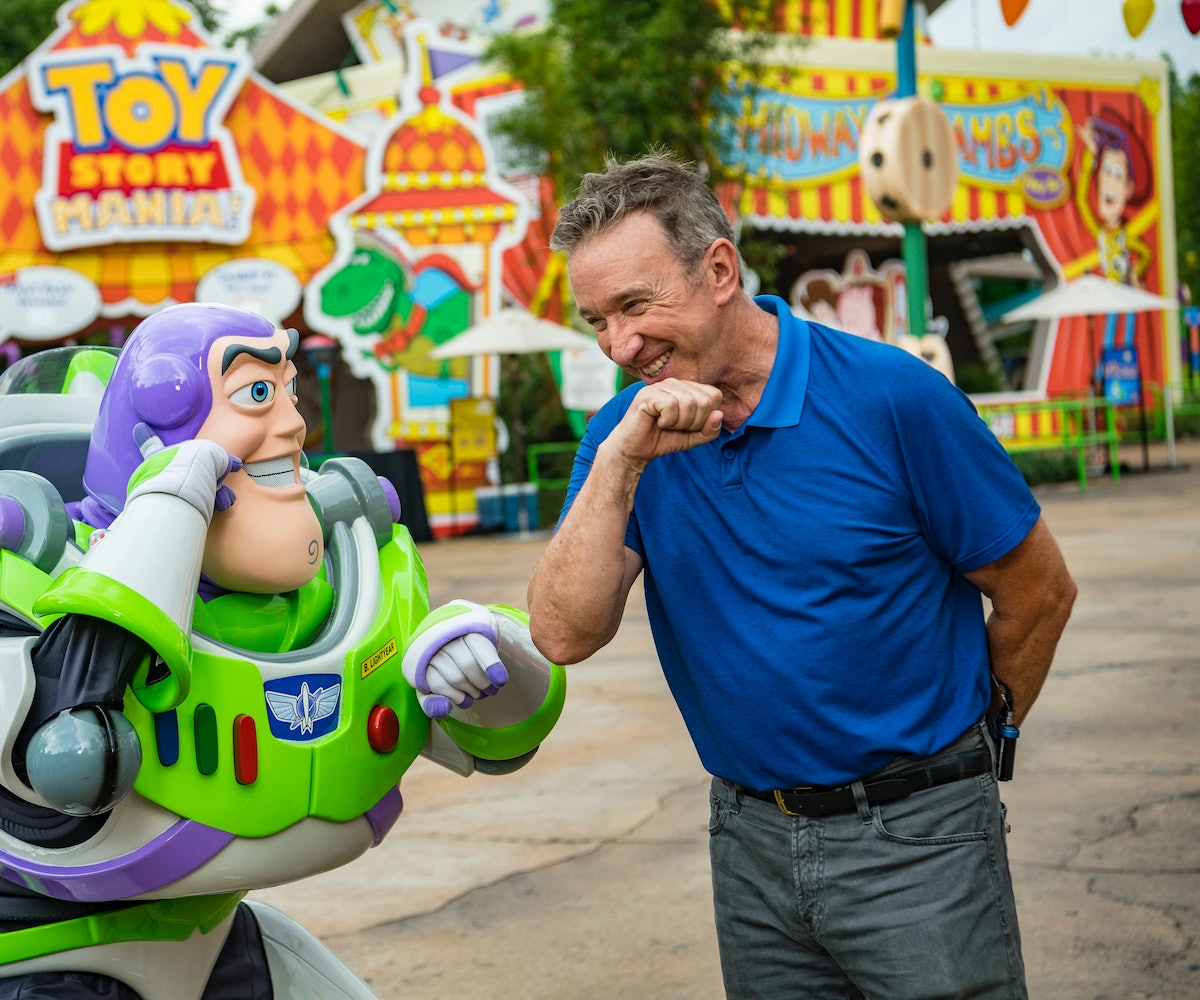 Conservatives have already said: TiM aLlEn Is BeInG cAlLeD rAcIsT fOr NoT kNoWiNg HoW tO pLaY sPaDeS. But that's not necessarily why the actor is being dragged on Twitter, though he did admit to not knowing how to play.

It all started when media personality Xilla Valentine sat down with Allen and Tom Hanks as part of their press tour for Toy Story 4. He wanted to test their proverbial "Black cards" by figuring out their strategies in a game of Spades (a card game that means A LOT to Black people and our egos).

Hanks was ready. In the clip, he says that when he plays, he goes all in and risks it all. Allen, on the other hand, says, "I been working Vegas 30 years, I don't gamble." Hanks and Valentine have to then explain that Spades doesn't necessarily involve money, just "cred" (Hanks' word). And when Allen admits that he has no clue what they're talking about, and Hanks confirms that his co-star doesn't know how to play, Allen says, "I'm gonna say I do because I want to move on." As Hanks excitedly continues the conversation about Whist (another card game that Black people like), Allen dismissively wonders if he should go get a cup of coffee.

As we are wont to do, Black people made fun of Allen for not knowing how to play, while praising Hanks for having proper cookout etiquette.

But context is important, and the internet never forgets. Allen's intentional dismissal of Spades and what it might mean for his Black card could have just been the source of a few good memes. But given the fact that he is a proud Republican—who previously compared being a conservative in Hollywood to Nazi Germany, supported Roseanne Barr after her racist antics got her show canceled, publicly demanded that he be able to say the N-word, and snitched on his partners to avoid more jail time when he was younger—the clip heightened our sensitivity and led to the resurfacing of the accusations.

NEXT UP
Beauty
September 2022’s Best Beauty Launches Will Keep You Cozy And Cute Throughout The Fall
Beauty
Meet The Beauty Pros Who Keep It Girls Looking Like It Girls
Life
Unfortunately, An Amber Heard & Johnny Depp Trial Movie Is Coming
Life
Paul Mescal Is A Single Dad In Emotional Aftersun Trailer