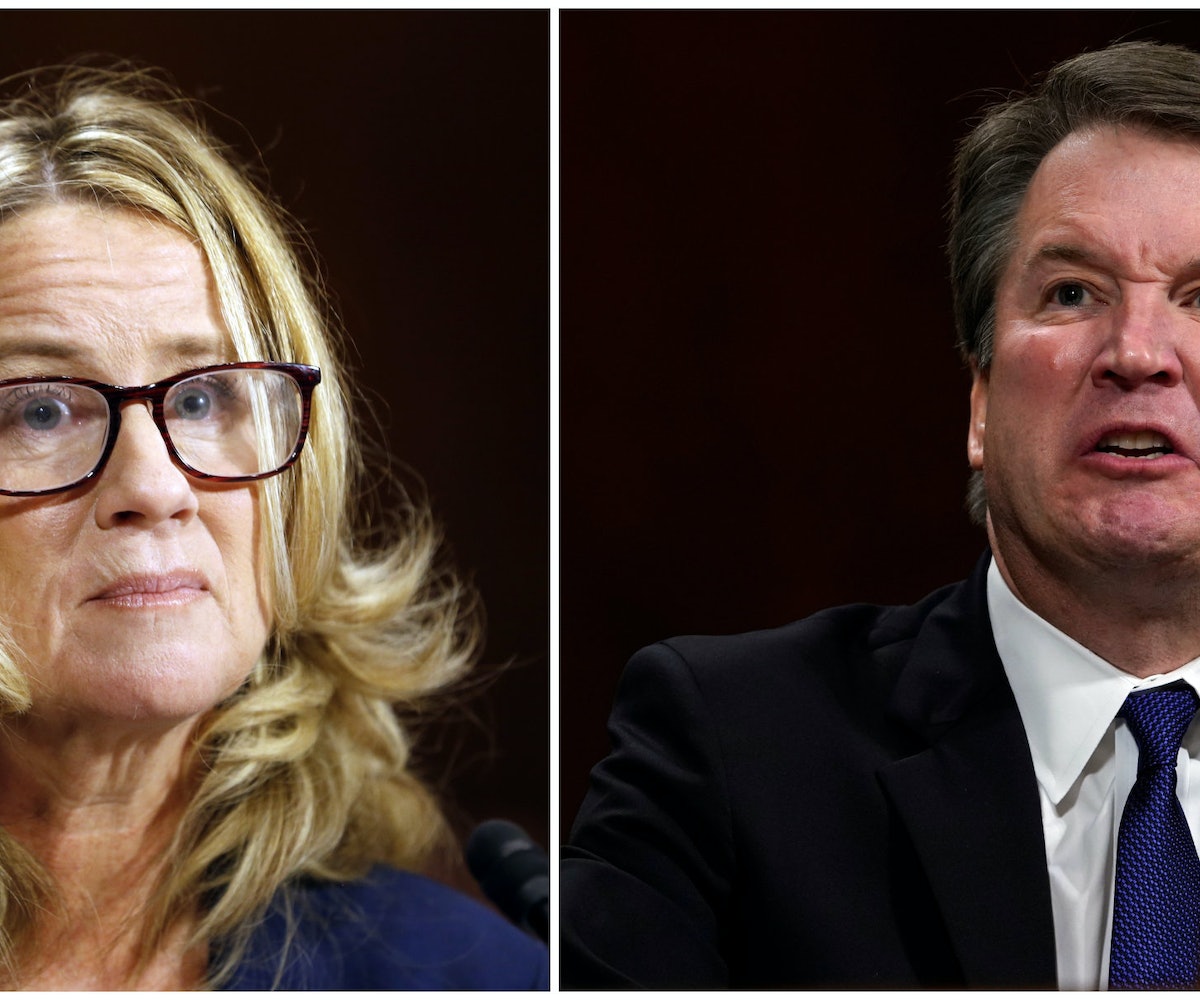 TIME released its annual list of the 100 most influential people, and it includes both Christine Blasey Ford and Brett Kavanaugh.

Blasey Ford's blurb, written by Senator Kamala Harris, is notably devoid of Kavanaugh's name, though it references Blasey Ford's testimony, before the Senate Judiciary Committee, in which she recounted how Kavanaugh sexually assaulted her when she was a teenager. "Her story, spoken while holding back tears, shook Washington and the country," it reads. "Her courage, in the face of those who wished to silence her, galvanized Americans. And her unfathomable sacrifice, out of a sense of civic duty, shined a spotlight on the way we treat survivors of sexual violence." These are powerful words, but without context as to why Blasey Ford was testifying, they feel a bit odd.

The strangeness continues with Kavanaugh's blurb—written by Senate Majority Leader Mitch McConnell, because, ugh, of course—which actively undermines Blasey Ford's testimony and story, and positions Kavanaugh as resilient in the face of controversy—even though his "resilience" during the hearing consisted mostly of yelling and talking about beer and calendars. McConnell chalks up Blasey Ford's testimony and the reaction to it as "unhinged partisanship" and the result of "special interests [seeking] to distract the Senate from considering [Kavanaugh's] qualifications."

Beyond the absurdity of McConnell's description of Kavanaugh, the fact that TIME included Kavanaugh and Blasey Ford on this list is its own sick joke. But then again, the list also includes Donald Trump, which is the biggest troll of them all. Yes, Trump's influence is enormous—he was TIME's 2016 Person of the Year—but considering that he uses it to stoke racist violence and threaten people like Blasey Ford and Congresswoman Ilhan Omar, we hardly think that should be celebrated.