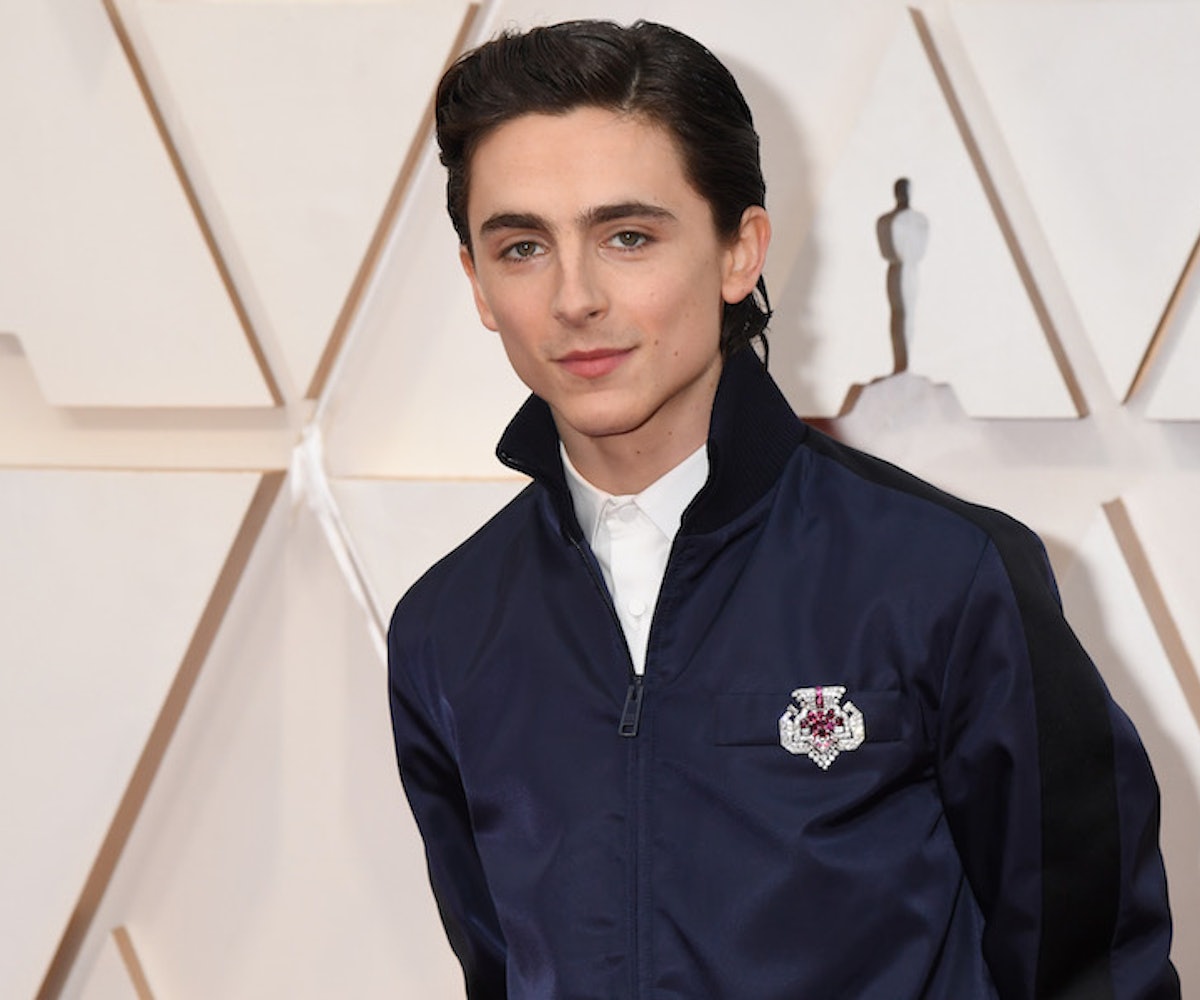 Earlier this year, I asserted that Timothée Chalamet had a pretty good shot at receiving some awards season buzz for his upcoming role in Denis Villeneuve's film adaptation of the beloved sci-fi novel Dune. Playing lead Paul Atreides, it was hard to imagine that the Oscar-nominated Fashion Prince would not be in the Best Actor conversation. Though little is still known about what we can expect from this epic, I can now say, with full confidence, that Chalamet at least looks like an Oscar contender in the film, as Vanity Fair has just revealed a first look at the 24-year-old in the role. Dressed in a Matrix-style all-black get-up with his face forlornly looking at the ground beneath him, it's safe to say that the film, which is still on track for a December 2020 release (at least for the time being), will launch Chalamet's career to the next level as he takes his place amongst the next generation of Hollywood's Leading Men.

As those familiar with the book will know, Paul Atreides starts Dune as a privileged young man coming from a wealthy, royal family, but soon is forced to say goodbye to his comfortable way of life as he's sent away to a mining planet that his family will soon start extracting a valuable spice from. According to Vanity Fair, this first-look photo shows Paul right before he takes off on his life-changing journey, as "the transport ships descend to take the Atreides leadership to their new destination."

Speaking to Vanity Fair about the role, Chalamet said, "The immediately appealing thing about Paul was the fact that in a story of such detail and scale and world-building, the protagonist is on an anti-hero's-journey of sorts. He thinks he's going to be sort of a young general studying his father and his leadership of a fighting force before he comes of age, hopefully a decade later, or something like that." Of course, things don't necessarily go as planned.

Believed to be the first part of a planned two-part adaptation, there is a lot riding on this adaptation of Dune — both for the established sci-fi auteur Villeneuve and the still-rising Hollywood starlet Chalamet, as well as for everyone else in the cast. It's taken a lot of work from a lot of people to bring this all together. As Villeneuve says, "Dune was made by people from all over the world. Many of these people are like family to me, and they're very much in my thoughts. I'm so proud to showcase their hard work. I look forward to a time when we can all get together again as Dune was made to be seen on the big screen."

Dune will open in theaters nationwide on December 18th.