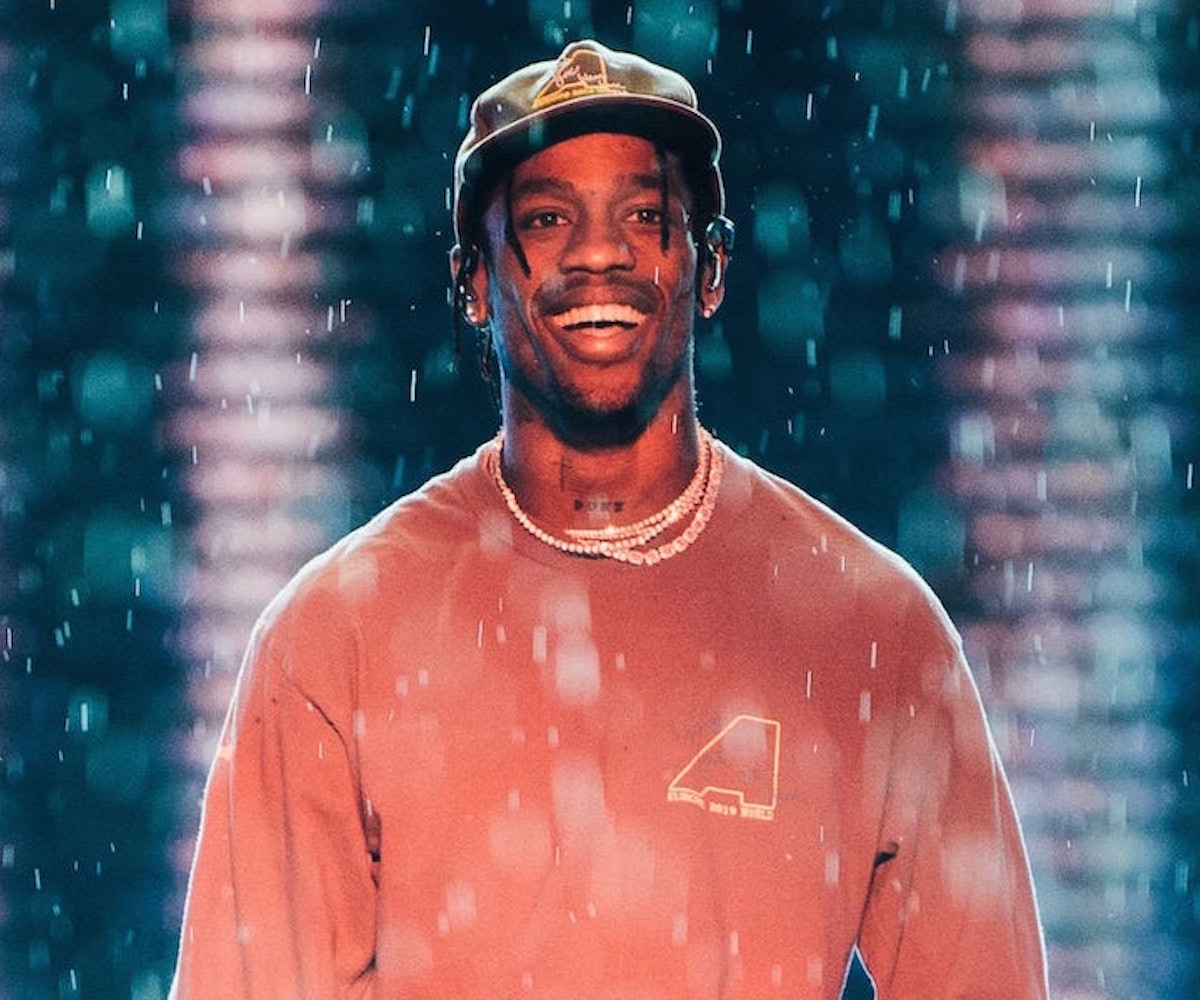 Travis Scott surprised fans with a pop-up event yesterday to announce the forthcoming release of his Netflix documentary, Look Mom I Can Fly. The rapper gave out VHS copies of the film to whoever was able to scramble to the unannounced event in Houston, Texas, after he posted about it on Instagram.

"GOT SOMETHING U MIGHT WANNA SEE IT," Scott captioned a photo of a handful of vintage-looking VHS tapes. "MEET ME HERE NETFLIX AND NO. CHILL," he added before dropping the address. Currently, the VHS tapes are reselling on eBay starting at $100, with signed copies listed as high as $750.

"Join Travis Scott and The Ragers on a rollercoaster ride to Astroworld," the back of the VHS tape reads next to a retro "Be Kind, Rewind" sticker. "Tape includes never before seen footage including the making of Astroworld the album—early fatherhood—the founding of Cactus Jack the label—exclusive tour footage & much more," it offers as a description. Scott's mugshot and a picture of him holding his child Stormi Webster are featured side-by-side above the blurb.

In clips from the event, Scott can be seen dancing around as he signs VHS copies for fans. One person brought an actual VHS player and had that signed for, what I assume will be, the ultimate old-school Netflix and chill setup.

For those who didn't score a VHS or don't have a player that actually works,Look Mom I Can Fly drops on Netflix next Friday, August 28.

NEXT UP
Beauty
Jenna Ortega As Wednesday Addams is Serious Soft Goth Beauty Inspo
The Art Issue 2022
From Renaissance To Gemini Rights: The Stories Behind 2022's Best Album Covers
Entertainment
Precious Pepala Is Going From TikTok Covers To Her Own Resonant Songs
Entertainment
Olivia Rodrigo Hinted At New Music In 2023