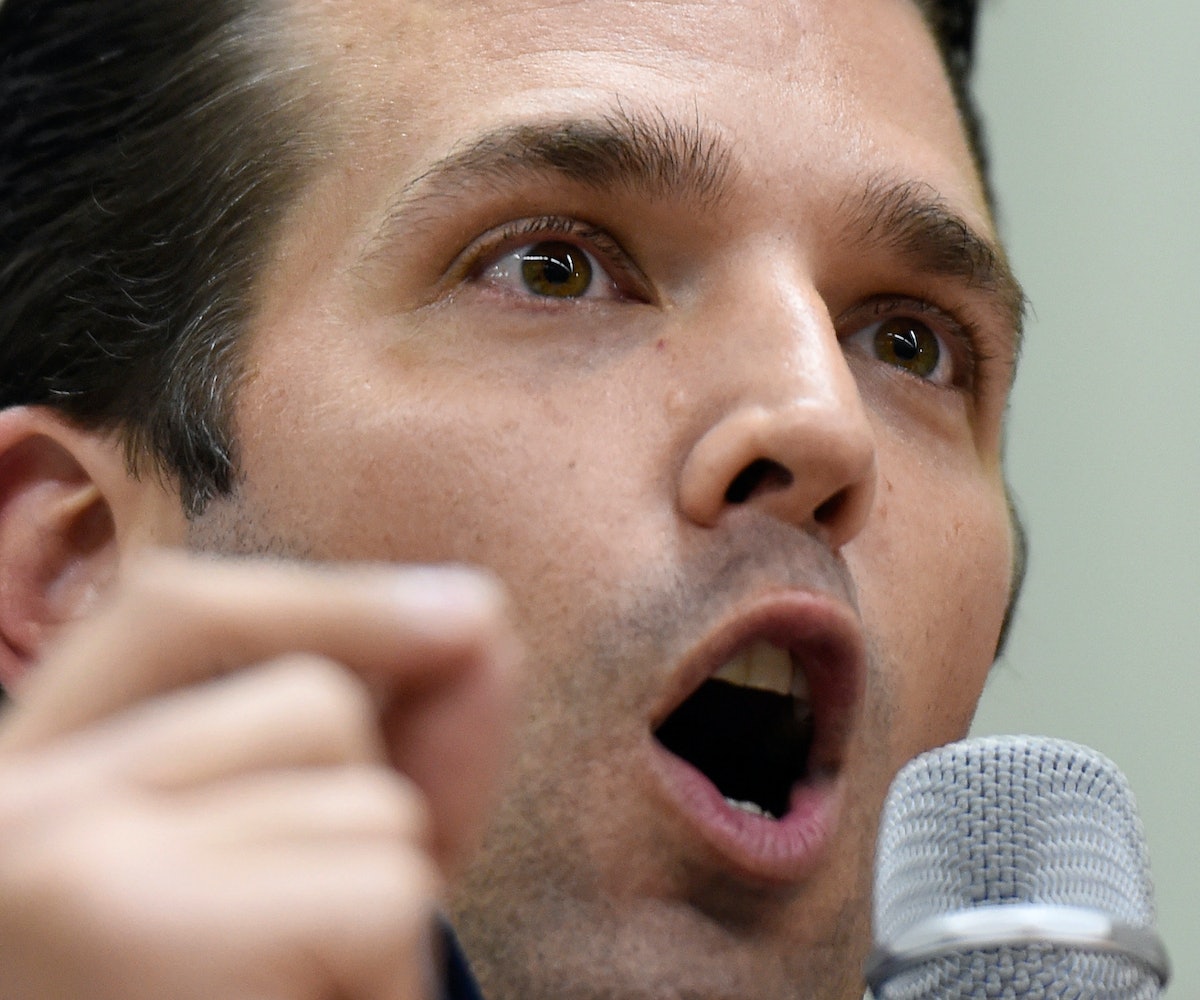 Donald Trump Jr. posted an unbelievably racist comment to his Instagram story yesterday, in which he compared the border wall that his dad has shut the government down to secure funding for to the fences that zoo animals are caged behind. This is some expert-level fear-mongering.

"You know why you can enjoy a day at the zoo?" the story reads. "Because walls work." The story was posted on Tuesday night and remains visible on his Instagram (which doubles as a fan page for his dad) at the time of publishing.

Comparing refugees seeking asylum to caged wild animals is shockingly offensive, even for a person who compared Syrian refugees to poisoned Skittles. There's little doubt he learned his overt racism from his dad.

Twitter users are speaking out against the racist comment, noting that Republicans probably won't be as outraged by this as they were by Rashida Tlaib calling to "impeach the motherfucker." Others noted that we actually can't "enjoy a day at the zoo" because of Trump's ongoing government shutdown, which is now the second longest in the history of the United States.

Twitter is also excited at the possibility that the Trump family could actually understand the power of walls if they get sentenced to prison time. Same.