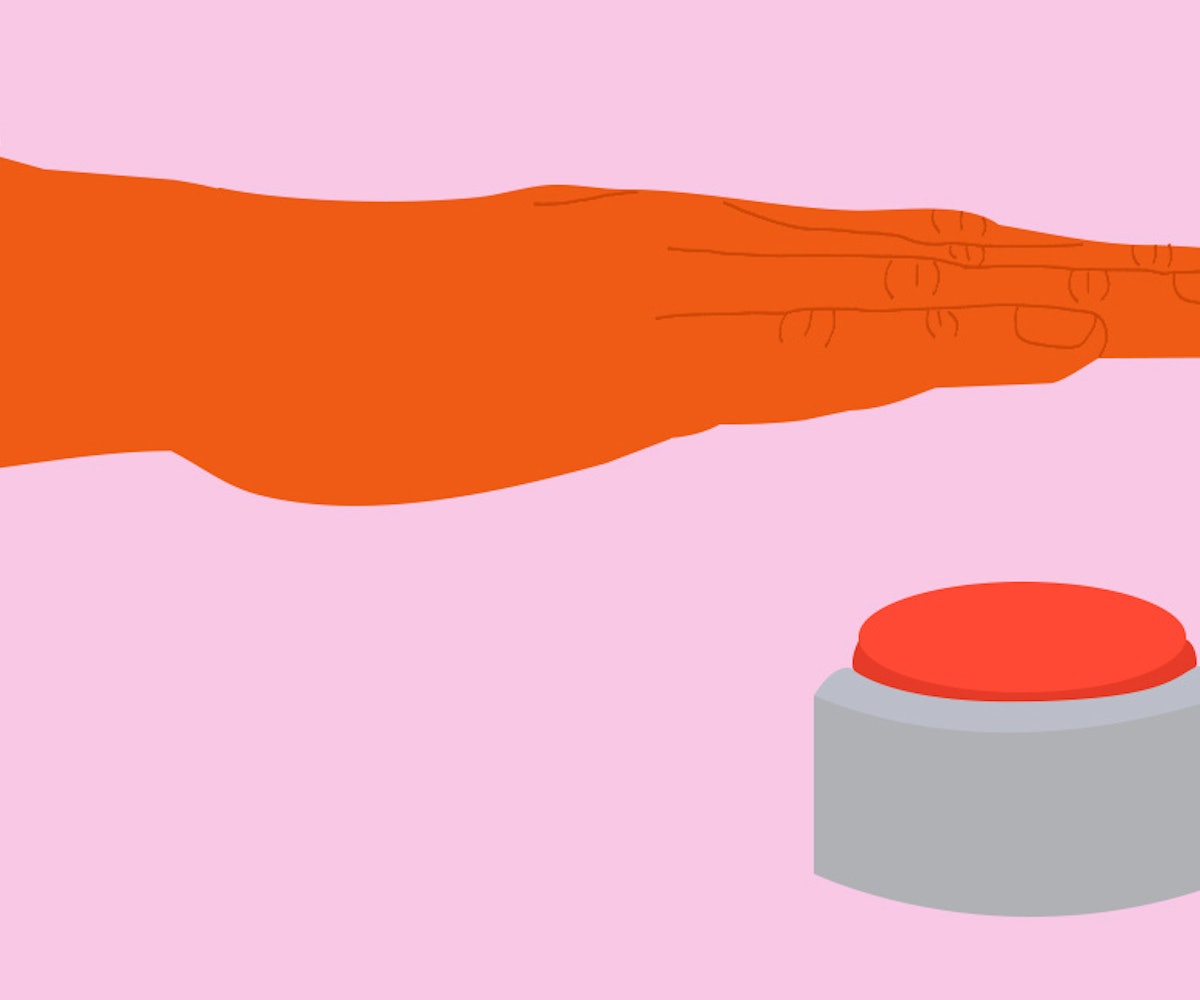 In new book Team of Vipers, former White House staffer Cliff Sims has proven that the people who surround Donald Trump are not exactly the best and brightest. According to People, Sims writes that many of them fell for a prank so dumb that it might as well have involved Trump pretending to pull a quarter out from behind their ears, or doing one of those "gotcher nose" jokes that drunk uncles love to do.

Only, this joke didn't involve quarters or noses, this joke involved a red button on Trump's desk, that the president apparently enjoyed building tension around, ostentatiously fiddling with it when new staffers or first-time visitors entered his office. Because: Nuclear war, LOL?

"If Trump noticed someone glancing at the box—and sometimes completely unprompted—he would pick it up and move it farther away from himself," Sims writes, per People. Sims alleges that Trump would bring the button up in conversation, causing alarm even if there was none before. "Don't worry about that," Sims quotes Trump as saying, "No one wants me to push that button, so we'll just keep it over here. Now, what are you saying?"

Sims reveals that the button definitely did not launch nuclear missiles or anything similar, to which we say, well, duh. Obviously. Who would think it did? Hard to say, actually, because whenever Trump would press the button, Sims describes the guests as looking around "with raised eyebrows," which maybe sounds like everyone was just humoring the president. Trump seems to have been the only one who thought it was funny; Sims says: "Moments later, a steward would enter the room carrying a glass filled with Diet Coke on a silver platter, and Trump would burst out laughing."

While it's unclear whether or not people thought Trump actually would have a nuclear war button within arm's reach at all times, Sims gives credence to the idea that even those closest to Trump think he's "volatile enough to start a nuclear war."

Trump has since reacted to Sims' book on Twitter, referring to him as a "gofer" and "a mess," and, well, to utilize the same level of humor that Trump himself employed with that red button gag, we only have to say that it takes one to know one, Mr. President.