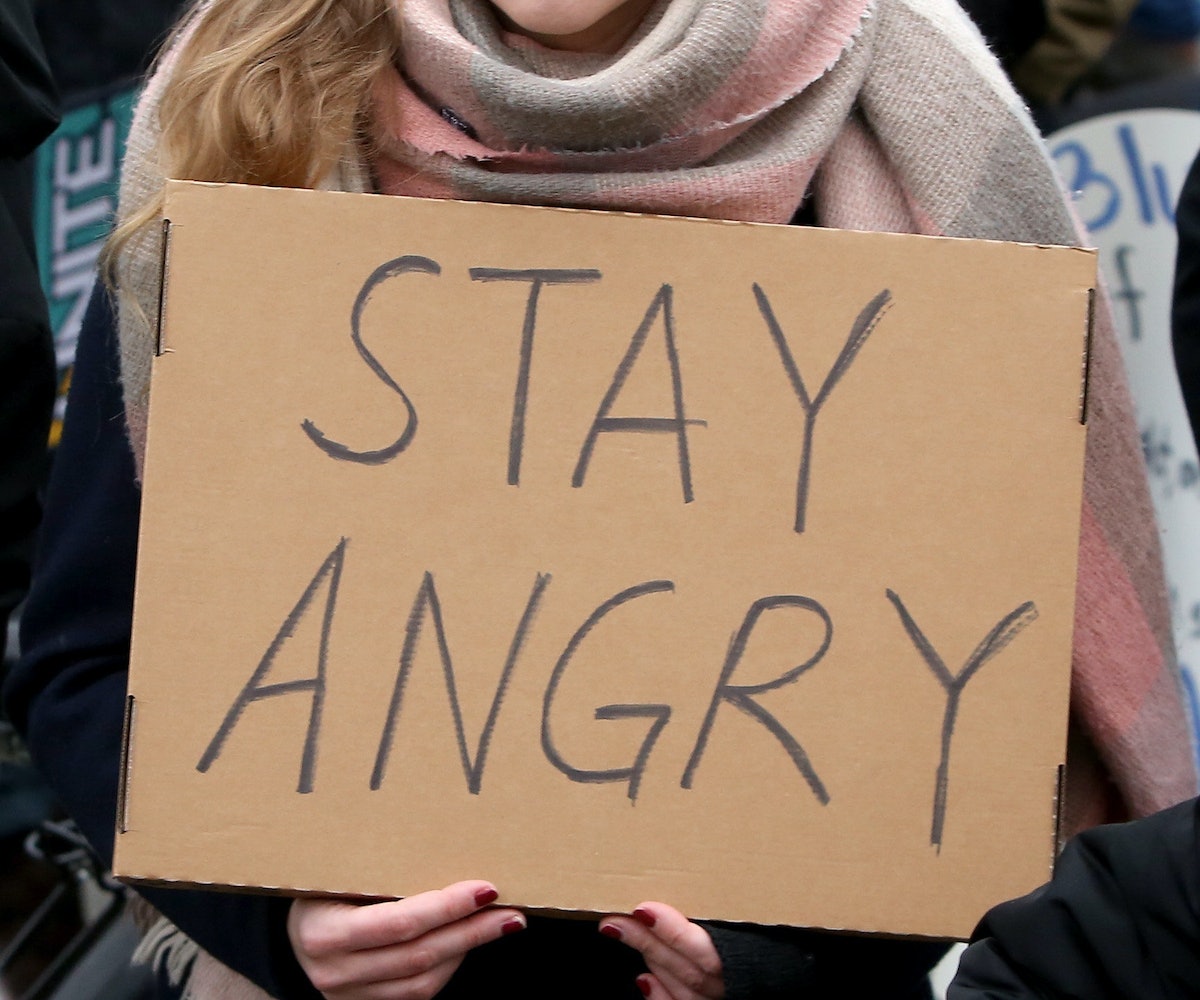 Alva Johnson, a former staffer for Donald Trump's presidential campaign, has filed a lawsuit in which she accuses the president of kissing her without her consent. Considering his history of sexual misconduct allegations, we're not surprised about this one.

Johnson met Trump before she was hired, at a rally in Birmingham, Alabama. When she went to meet him, she stated in the lawsuit, "Trump looked her up and down and said, 'Oh, beautiful, beautiful, fantastic.'" Despite this alleged predatory behavior, Johnson moved forward to apply and eventually work on the campaign.

It was after a rally in Tampa, Florida, when the incident took place according to Johnson. Per the Washington Post:

Johnson brought volunteers into the RV to take pictures with Trump. She noticed that Trump was attempting to make eye contact with her, she said in the interviews and lawsuit. When it was time for the rally, Johnson said Trump passed her as he exited the RV.

"I've been on the road for you since March, away from my family," she told him, according to the lawsuit. "You're doing an awesome job. Go in there and kick ass."

Trump grasped her hand, thanked her for her work and leaned in, she said.

"Oh, my God, I think he's going to kiss me," she said in an interview, describing the moment. "He's coming straight for my lips. So I turn my head, and he kisses me right on corner of my mouth, still holding my hand the entire time. Then he walks on out."

She said she stood there, feeling humiliated, and Bondi gave her a smile as she walked out of the RV. Karen Giorno, director of the Florida campaign, grabbed Johnson's elbow and gave it a tug, Johnson said in the interviews and lawsuit.

White House Press Secretary Sarah Huckabee Sanders denied that the incident took place, saying that it "never happened and is directly contradicted by multiple highly credible eye witness accounts." According to The New Yorker, who also reported on the story, four people said that Johnson told them about the incident afterward, although two people who Johnson said were in the RV at the time told writer Ronan Farrow that they did not see the incident take place.

Not only does Johnson claim that she was subject to sexual assault but that she also faced "racial and gender discrimination" and was "paid less than male and white colleagues," even lower-ranking ones. "I am suing because my work holds the same value as the work of my white male counterparts," said Johnson. "I am suing because this predatory behavior should not be minimized, especially when committed by the most powerful man in the world."