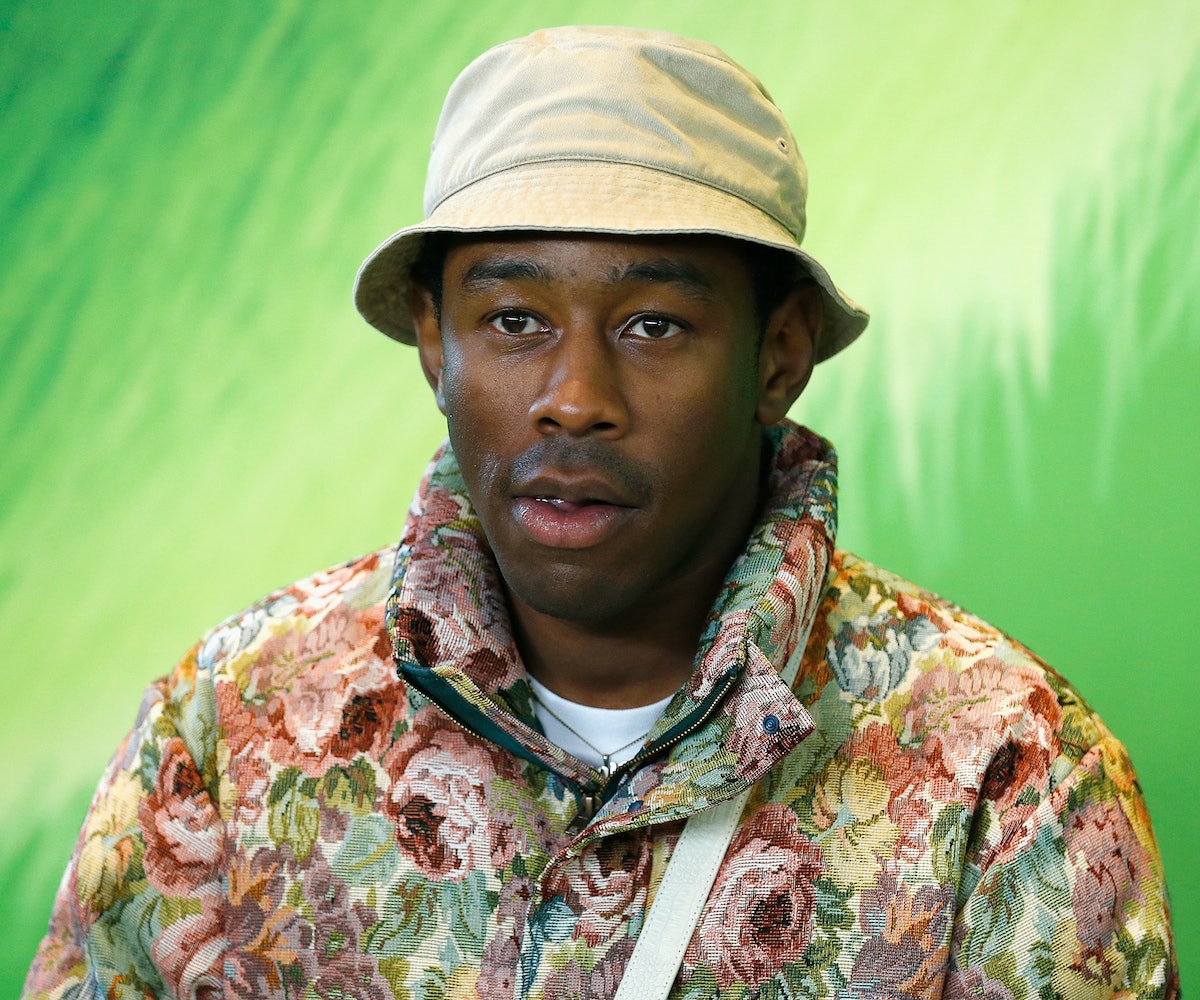 I've always put Tyler, the Creator in a category all his own when it comes to musicianship. The man has an ear, a heart, and a soul that produces some of the most beautiful sounds I've ever heard, even when the lyrical content has been problematic or disturbing. I've maintained that no one can do what he does, but yesterday I was proven wrong when queer singer/songwriter Nat Puff dropped a video on Twitter entitled, "How To Make A Tyler, The Creator Song."

Puff's two-minute video is a masterpiece in its own right as it serves as part roast and part idolization of Tyler's many skills. Puff is not only a fan of Tyler's, but a musician herself, so she uses a bunch of words I don't understand like "out of key synth" and "midi strings" when describing the production. But the most notable thing is just how spot-on her recreation is. She even documents Tyler's personal evolution from "a homophobic psychopath to [she literally checks her notes on a piece of paper here which has me undone] a lonely gay man who made the Grinch soundtrack."

I've already watched it like four times because I love it so much. And so does Tyler. He retweeted it, confirming that it was spot on except for one oversight. Apparently, Puff forgot Tyler's signature "ayo." His mind.