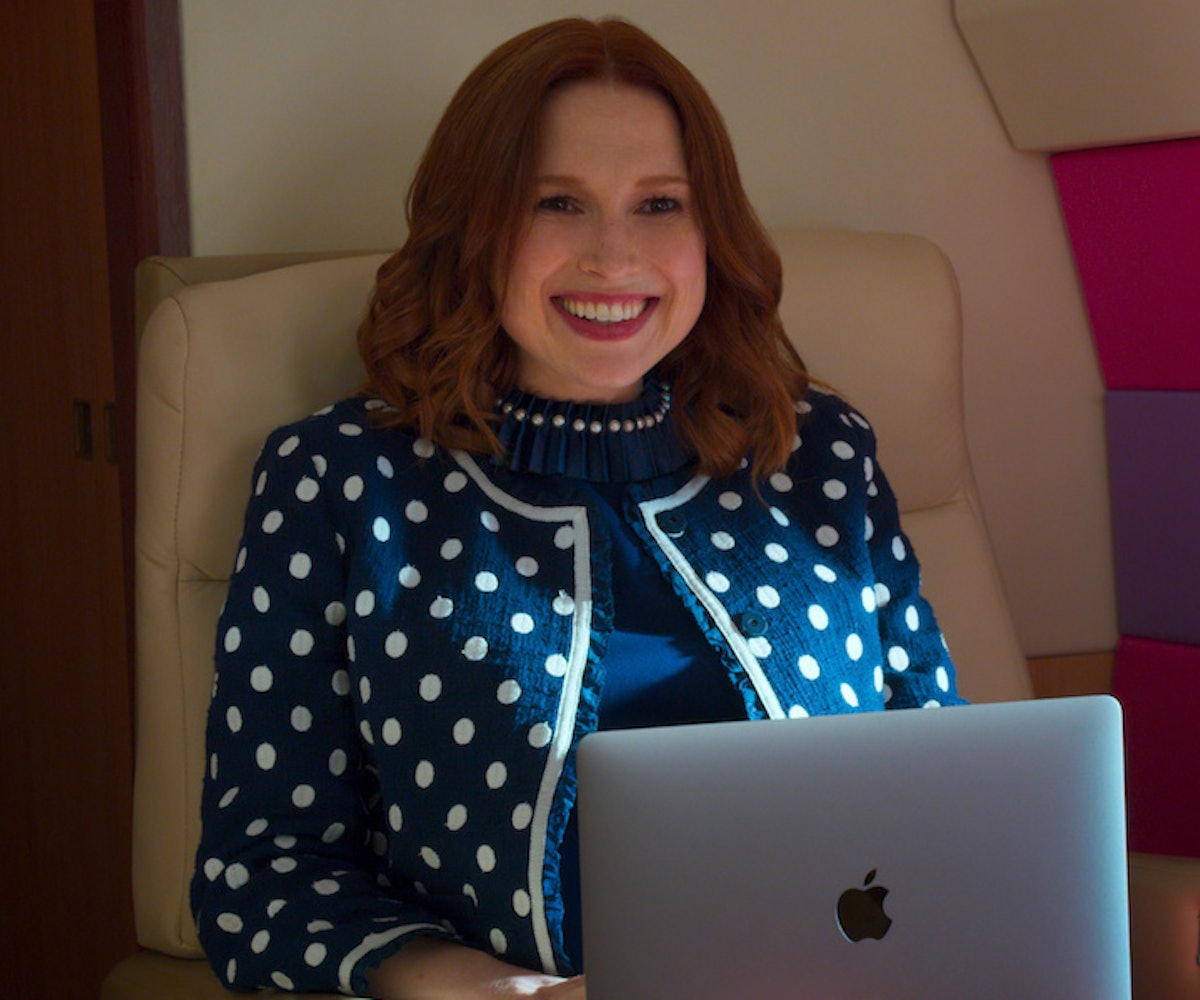 Few things have broken me quite as much as last year's conclusion to the delightfully perfect Tina Fey-created comedy Unbreakable Kimmy Schmidt. Though the show's premise was dark, telling the story of one woman's efforts to re-immerse herself back into society after being held captive in an underground cult for 15 years, it soon evolved into one of the most joyful sitcoms on TV (with one of the all-time best sitcom characters in Tituss Burgess' Titus Andromedon). Unfortunately, after four seasons and 51 episodes, the show called it quits, coming to an end that was decidedly bittersweet. Thankfully, just several months after the show ended its run, Netflix surprised fans everywhere by announcing that the gang would join together one final time for an interactive special coming in 2020. Today, the streaming service has finally blessed that special with a release date (May 12th) and has shared several first-look photos from the project to boot.

According to Netflix's press release, in the upcoming special, "Kimmy Schmidt (Ellie Kemper) sets off on her biggest adventure yet. Three states! Explosions! A dancing hamburger! And you, the viewer, get to decide how the story goes. Will you foil the Reverend's (Jon Hamm) evil plan and get Kimmy to her wedding on time? Or will you accidentally start a war against the robots? So grab your remote and a tray of delicious scrod, 'cause Kimmy's got her own Netflix interactive special!"

Like all things Netflix, this description is intentionally vague. But the teaser and new photos do clue us into a few things we can expect, most importantly, that Harry Potter's Daniel Radcliffe is joining the main cast — Kemper, Burgess, Hamm, Jane Krakowski (Jacqueline White), and Carol Kane (Lillian Kaushtupper) — as Kimmy's fiancée. Furthermore, since this special will be "interactive" in nature, we should prepare for something that resembles Black Mirror's Emmy-winning "Bandersnatch" episode, which granted viewers the power to choose what decisions were made on screen, leading to a variety of possible outcomes.

And if the photos are anything to go by, it's clear that Kimmy's "biggest adventure yet" will find the bride-to-be getting into all sorts of shenanigans, such as: drinking a fishbowl-sized beverage with Lilian, riding a brightly-decorated tricycle in the park with Titus, and even visiting her former cult leader Reverend Wayne Gary Wayne in prison. (For what it's worth, The Reverend seems amused by her presence.)

Check out a teaser for the special below.

Unbreakable Kimmy Schmidt: Kimmy vs. The Revered will premiere on Netflix on May 12th.