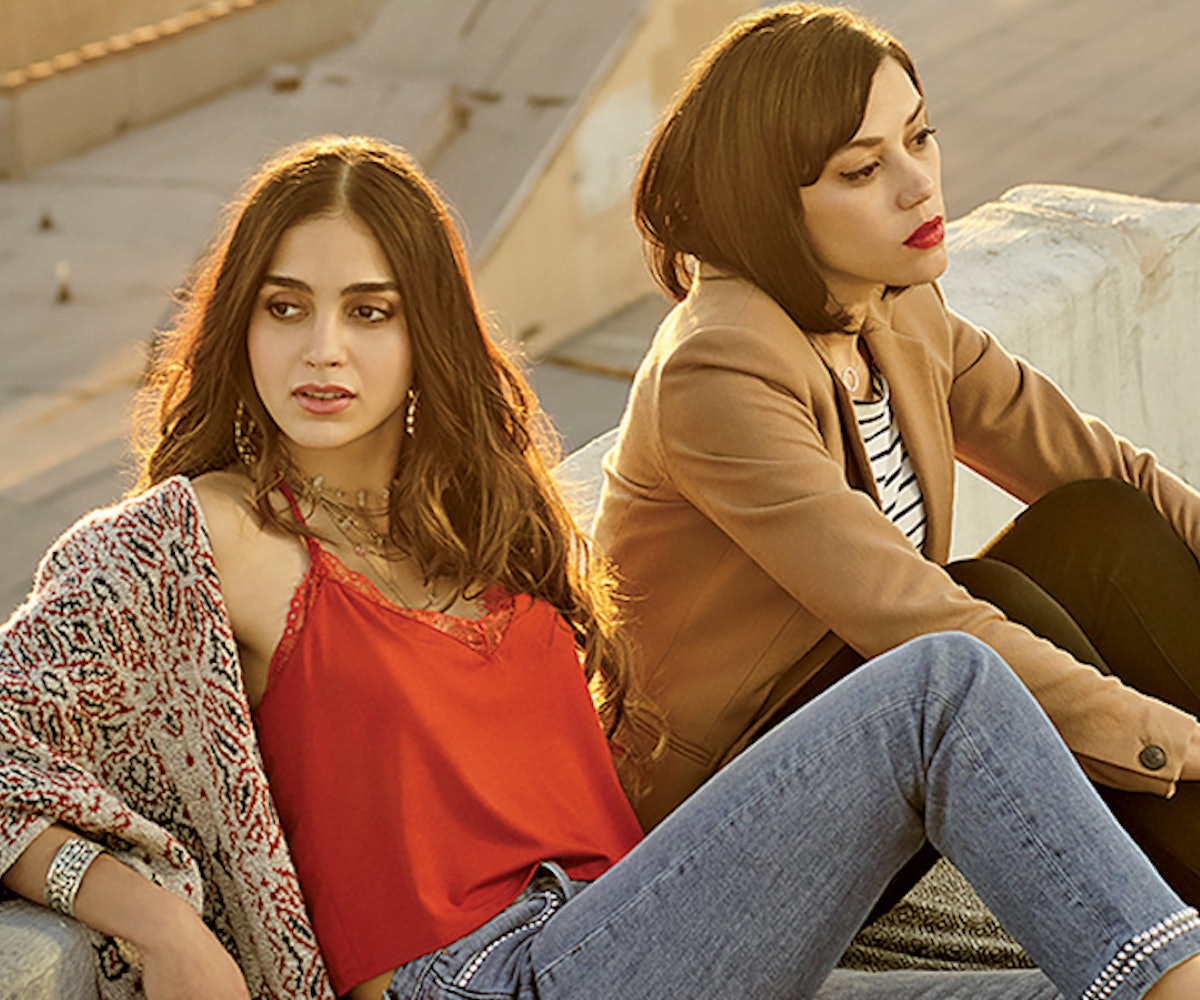 For the past two years, Vida has been one of the best shows on television. A dramedy about two sisters who return to their East Los Angeles hometown after the sudden death of their mother only to find that she had been living a secret life as a lesbian, the Starz series has been a remarkably prescient look at the myriad ways family bonds can bend but never truly break. From its start, it has been surprisingly adept at tackling important conversations about gentrification, familial obligation, and queer identity. Most importantly, with Tanya Saracho, a queer Latinx woman, serving as creator and showrunner, Vida has been a vital bit of definitive proof that the best people to tell stories about marginalized communities are members of that community itself. Unfortunately, in the lead-up to the premiere of the show's third season, which just got an official trailer today and is set to premiere on April 26th, Saracho has made the upsetting announcement that this upcoming season would be the show's last.

In a statement provided to Deadline, Saracho expressed her sorrow over the show's cancelation, claiming that "this goodbye is too bittersweet for words" and that she'd "be lying if [she] said [she's] not sad about not getting back into that magical writers room to keep crafting [this] story." It's all quite heartbreaking, especially since the newly-released official trailer suggests that this upcoming season may be its best. After spending its first two seasons focused on repairing the strained relationship between central sisters Lyn (In the Heights' Melissa Barrera) and Emma (Riverdale's Mishel Prada), as well as the contentious relationship between the sisters and their mom's widow Eddy (East Los High's Ser Anzoategui), season three finds the sisters discovering that their father, who has long been considered dead, may actually be alive. Additionally, season three will continue the ongoing storyline about the sisters' attempts to keep their mother's bar afloat even as gentrification threatens to push them out, opening the show to even more compelling storylines — like trouble with ICE and a genderqueer person's inaugural "queerciñera."

I have not been able to write this letter — every time I try my palms get sweaty, my heart does a cumbia beat and I get nauseous. It's taken me days. Because no matter how you slice it, this is a farewell letter. So I'll get that part out of the way: Season Three will be VIDA's final season. Rather than dwell on the 'hows' and the 'whys,' what I'm burning to get to is the 'thank-you' part. That's the part that's making my chest ache.

When I began this journey three and a half years ago, I never dreamed that by the end of the process I'd be so wholly changed — mind, body and spirit — and that I'd be standing so strongly in my abilities to run and create a TV show the way it should have always been created: By us. When I started this, the landscape was a bleak one for Latinx representation. In the television landscape, the narratives about us were few and far between and were stuck on stereotypical. And I had only heard of one Latina showrunner who'd been allowed to run a show solo. Also for brown queers, there was truly no representation.

This is where the thank-yous begin: Because you championed our delicate and darling little series, we were gifted three beautifully compelling, trailblazing seasons of television. Sincerely, this is why I wanted to personally write this letter, to express that your support has meant everything. It has meant two renewals and validation that our brown narrative is worth telling. I will never be able to thank you enough for your reception and endorsement. Truly.

This goodbye is too bittersweet for words. I'd be lying if I said I'm not sad about not getting back into that magical writers room to keep crafting our story. But after all, I got to tell the exact story I wanted to tell, exactly how I wanted to tell it, and that is rare in this industry. I leave steeped in gratitude. Thankful to Starz for not just allowing VIDA to happen, but for being great co-parents as we raised her together. And grateful for the collaborators whose careers we were able to launch: Latinx cinematographers, writers, actors — almost entirely female — who are now out there and in demand. What a beautiful family we built. And what a beautiful show.

Mil gracias. I do hope you're able to give this, our last season, a good send off, because let me tell you, it is a powerful one. It is just as compelling as ever with some imagery and themes I've never seen on television before. I'm profoundly proud of it.

Check out the official season three trailer below.

Vida season three will premiere on Starz on April 26. Season one is currently available to stream for free here.