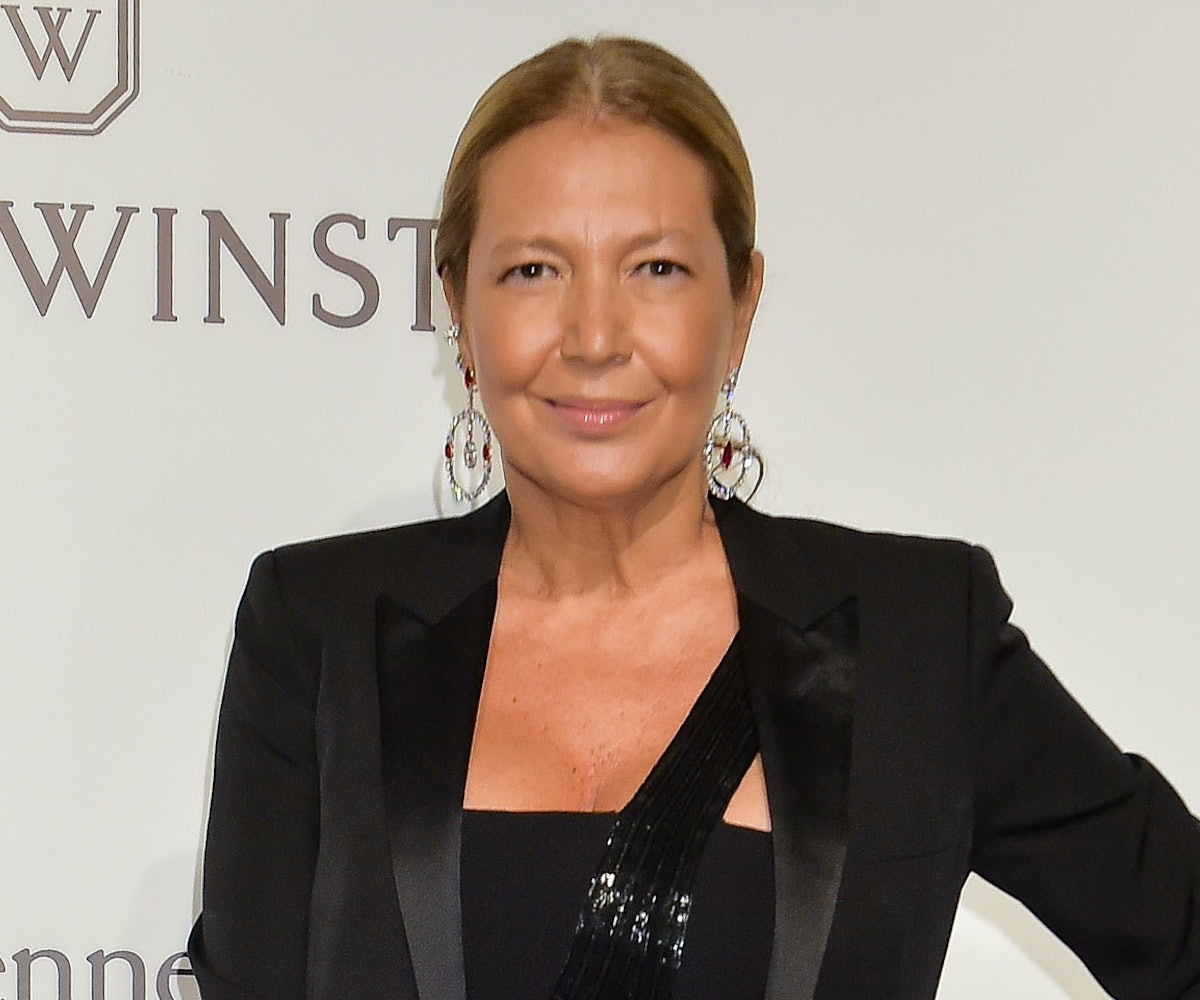 According to a report by The Guardian, Vogue Brazil's fashion director Donata Meirelles threw herself a 50th birthday party decorated in a way that evoked "colonial depictions of slavery." The photos that she shared of the celebration sparked so much backlash that she was forced to resign.

The party was held in the Brazilian state of Bahia, which The Guardian notes has the country's largest Black population. The photos show Meirelles and guests sitting on a "throne-like seat" posing with Black women dressed in white dresses, which people have compared to the uniforms that slaves were forced to wear. The chair that guests were photographed in has been compared to a traditional cadeira de sinhá, which is described as an "ornate chair for slave masters."

One Instagram user posted a side-by-side to show the similarities between a photo of Meirelles at the party and a photo taken in 1860 of a slaveowner with her slaves.

According to The Guardian, Meirelles posted an apology on Instagram where she claimed the clothes worn by the Black women are "traditional Bahian attire" and that the chair was an artifact from the Afro-Brazilian folk religion candomblé. She ended with a non-apology, saying, "Even so, if I caused any different impressions, I am sorry." She has since taken down her photos.

Meirelles announced that she would resign from her position at Vogue Brazil on Wednesday. The publication also issued a statement on Instagram saying that it "deeply regrets what happened and hopes that the debate generated will serve as a learning experience." The statement also says that the publication will create a "forum formed by activists and scholars who will help define contents and images that combat these inequalities."

This is the second time in a week that a Vogue staffer was called out for racism. A week ago, Grace Coddington came under fire for posing for photographs in front of her collection of mammy jars.