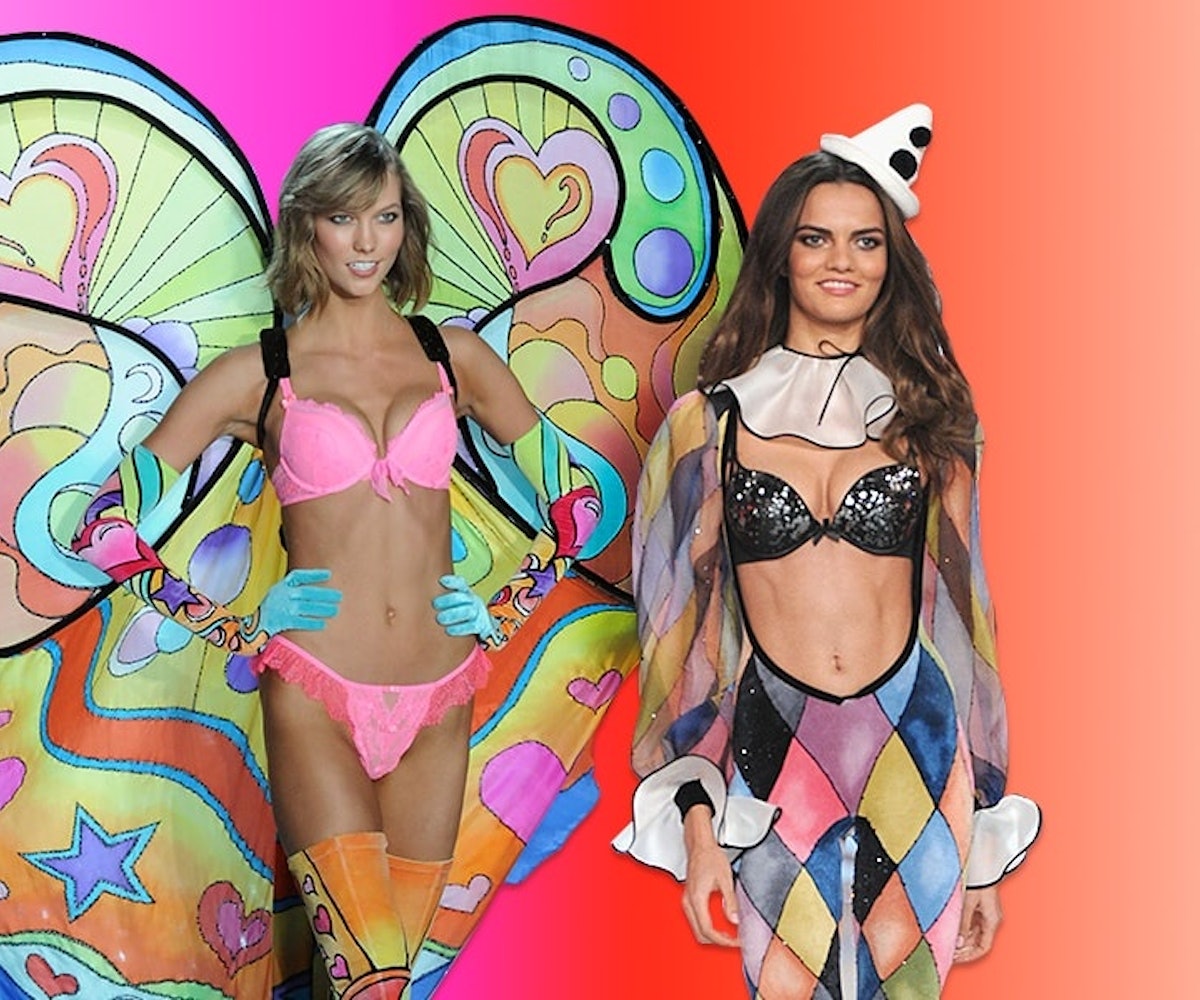 When looking at the hideous cartoon wings that Karlie Kloss needed to wear during the 2015 Victoria's Secret Fashion show (the ones that had me convinced Taylor Swift was about to confirm their relationship was canon), I wound up going on a deep dive of all the outrageous things the Angels have to wear down the runway.

When I think of the Victoria's Secret runway, I think tacky wings and cheap lingerie. However, what I discovered was a model literally dressed up as a football, and Karlie Kloss with a... disco ball butt. For a lingerie line that has been defended as being a "fantasy," could they not have fantasized something a little less strange? And a little less culturally appropriative?

Please, feast your eyes on some of the most cursed images I found from the history of the Victoria's Secret Fashion Show, and wonder to yourself why this company continues to decline financially. Hmmm!

Disco butt is truly something I never thought I'd see.

I pity anyone who had to walk near this!

Hello, 911, I'd like to report an incident of bestiality?

She looks so proud, though?

As someone who jumps every time a balloon pops, I feel personally attacked by this image.

Can you imagine being the person behind this design? What if we put a bow on her... but like, a really big one.

OMG is exactly what I thought when I saw this.

I can't tell what are her bubble-wings and what are actual bubbles.

Truly werkin' at the car wash.

If you know what this is supposed to be, my inbox is open.

I would think being assigned these ridiculous costumes every year feels less like roulette (even when you're dressed like a roulette wheel) and more like, well, Russian roulette.

I like to think of this one as the Flaming Hot Cheetos look.

Truly not so lucky.

It's like one of those metallic sheets you block out car windows with, but uh, sexy?

BYOT: Bring Your Own Tent

Putting this on would feel like the opposite of a gift.

What is she steering?!

The wings that started my entire search!