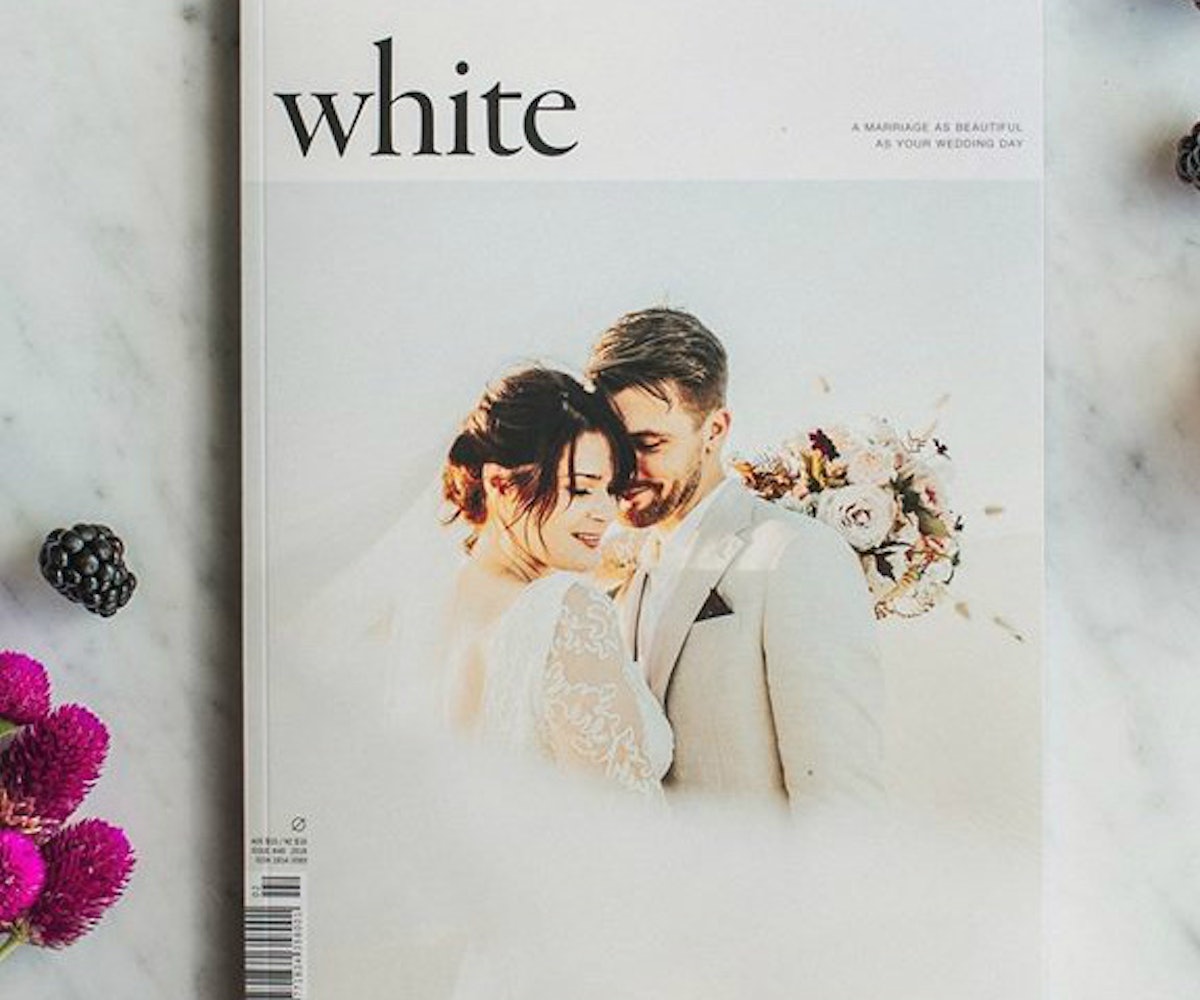 White Magazine, an Australian wedding publication, is shutting down after refusing to feature queer couples. What's more, judging by the magazine's farewell letter, even now it fails to see its own bigotry that led to its folding.

In the letter posted to its blog, the publishers have cited their religious beliefs as their reasoning for not featuring queer couples and pointed to a campaign against the magazine that has led to advertisers pulling out and eventually the publication's downfall.

The letter is just as offensive as the publishers' decision to make their own homophobia part of the business. "To us, our faith is anchored in love without judgement," the publishers wrote, claiming to be victims of a "flood of judgement" from critics and failing to see that their refusal to acknowledge queer love as love is, in fact, the truly judgmental thing here.

"We hope that one day soon our society can learn to accept people's differences and different points of view and love each other no matter what," the publishers conclude before quoting Corinthians.

We can only hope that the publishers will read back their letter and realize they're the ones who need more open and accepting of all people.