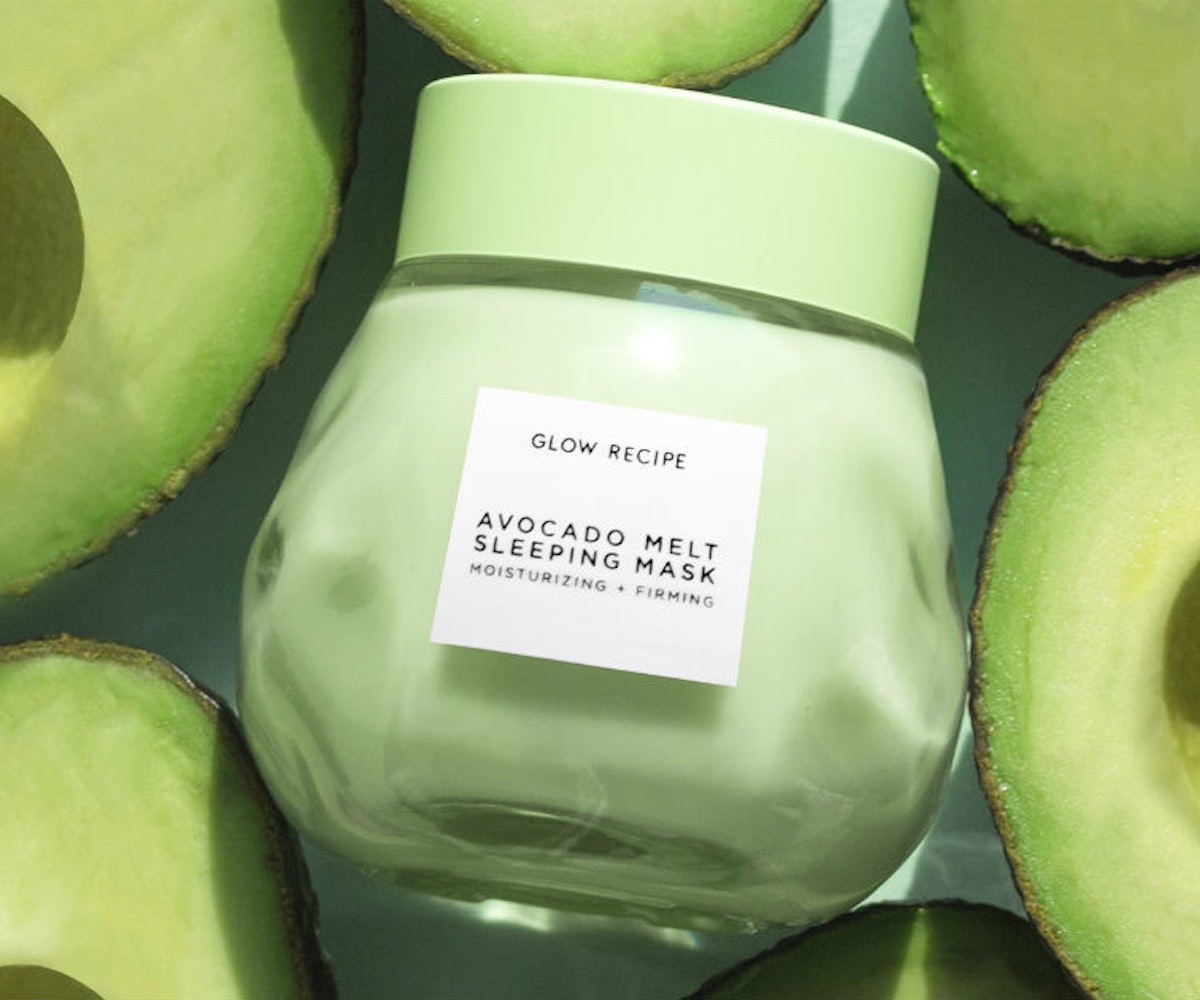 I have a confession to make, but you can't spread it around. Here it goes: I don't think I like acids.

Or maybe it's that my skin doesn't like them, because almost every time I try to incorporate them into my routine, I break out—and viciously. I've tried them in face masks, wipes, and cleansers. It's likely I'm doing something wrong (I'm more than likely doing something wrong), but I was ready to accept that BHAs and AHAs wouldn't be a part of my skin-care alphabet until I was introduced to a newish three-letter ingredient: PHA.

PHAs are acids, but for those of us with sensitive skin. As Dr. Joshua Zeichner, director of Cosmetic and Clinical Research in Dermatology at Mount Sinai Hospital, explains, "Polyhydroxy acids are structurally much larger than alpha or beta hydroxy acid. Because of this, they have a much gentler exfoliating effect on skin."

I hadn't heard of the ingredient until Glow Recipe introduced its new Avocado Sleeping Mask to the world last week. Co-founder Sarah Lee explains that she's seen the ingredient in Korean skin care before, but not too often Stateside. (Though, Glossier's Solution has it, it's still not as prevalent as AHAs and BHAs.) Lee tells us that she saw full shelves dedicated to PHA serums and moisturizers in Korea, but that she chose to feature the ingredient in a sleeping mask because overnight treatments are an effective way to treat the skin and that it was "the best way to introduce a gentle yet effective exfoliating mask to our customers."

Unlike other acids, PHAs can be used across a wide variety of skins types, including those with dry and rosacea-prone skin, Dr. Zeichner explains. It also won't leave your skin parched like other acids tend to do. "Polyhydroxy acids at the same time exfoliate, regenerate, and even hydrate the skin," he says.

It's not a perfect ingredient, though, and some things you should keep in mind is that it works slower than other acids, "so you have to stay with the routine," he explains. Depending on the product, he also doesn't recommend combining PHAs with temperamental ingredients like retinol and vitamin C. "If the product is used as a mask and fully removed, it certainly can be layered alongside these ingredients," he says. "However, in mixing them, they interfere with stability of other temperamental ingredients." You should always be doing this (and you should know to always do this if you've read anything on this site), but make sure to wear sunscreen in the morning when using any kind of acid.

For Glow Recipe's mask, the other ingredients that make up the product were selected with care. Avocado is the star ingredient (it makes up 74 percent of the formula), but it also includes kaolin clay, "to balance the texture and prevent the formula from feeling heavy or pore-clogging," co-founder Christine Chang explains. Manuka honey rounds out the list "for its antibacterial properties and its ability to heal and firm the skin."

Now, I've only used the mask a handful of times, so I can't label it a favorite just yet, but I haven't noticed a crop of inflamed pimples pop up either, so things are looking promising. And so if you, like me, find yourself bowing out of conversations about the wonders of AHAs or BHAs, try this out. You can think of PHAs as the Drake of the acid game: sensitive, yet impactful.