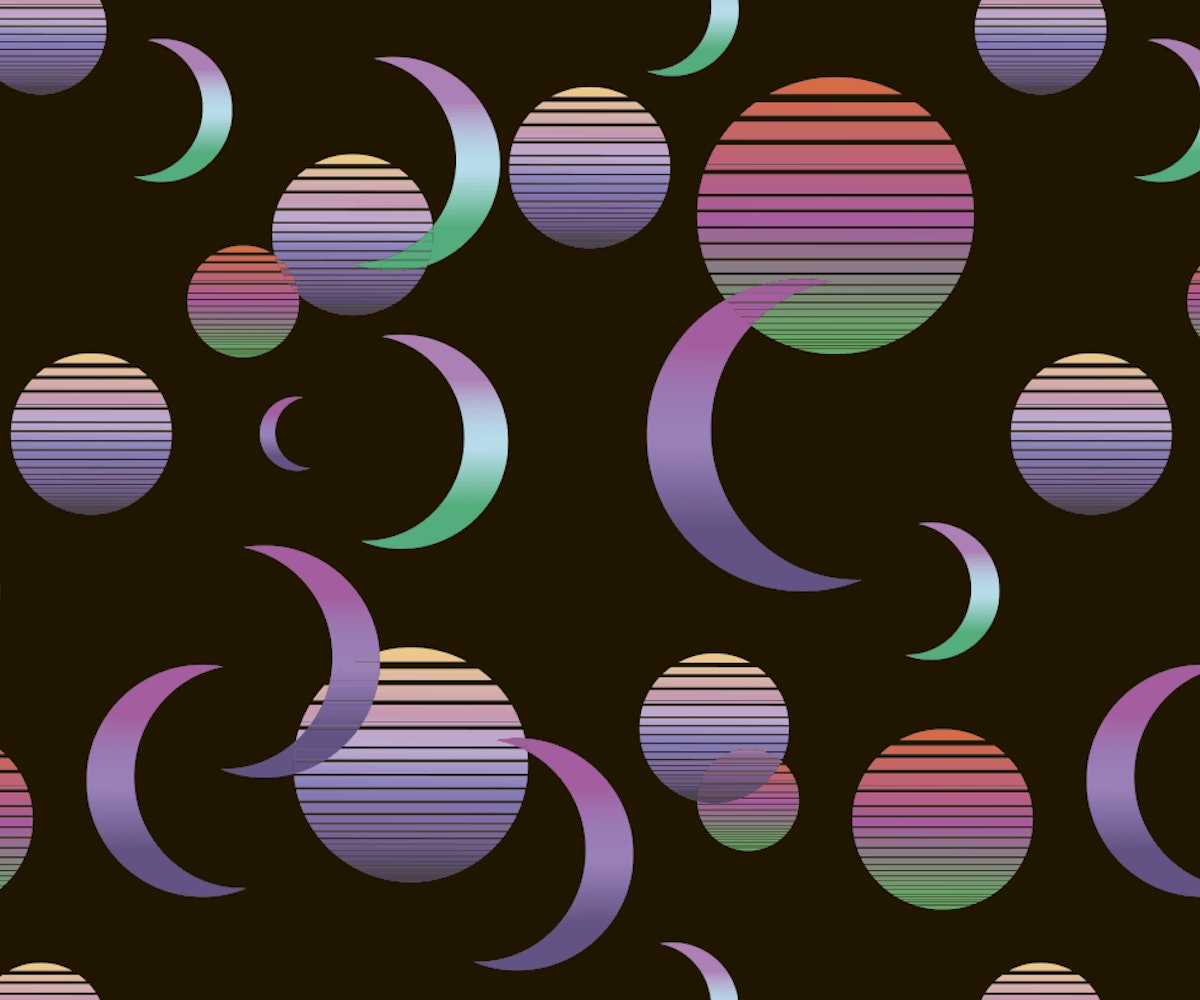 How lucky are we that in this moment, when justice seems almost entirely theoretical, we have another full moon in Libra? How lucky are we, earthlings, to sit again under a celestial being bathed in the light of justice so that we might be moved to cup that light in our own hands?

Every morning is the same for me: I turn on the radio, and the news is all about what's missing—redacted, re-imagined, rejected. No signs of collusion, no signs at all. When will something good come? The USA pledges to help rebuild a French Catholic institution (have you heard of Vatican gold?), while Puerto Rico struggles to rebuild itself, and while Flint's water is provided by charitable donors or no one. The Green New Deal rushed to a vote, and the Democrats vote "present." A vote down. A strategic move, they say. What's hopeful? The red cardinal returns to sing outside my window. Tulips and white asparagus, once Dutch delicacies, stock the supermarkets, the dream of a global market realized. But, at whose expense? Libra loves to ask this question. Libra wants you to know what you're willing to trade for your pleasure, to examine your contracts. Libra wants to make sure you know the terms of the deal.

The full moon gives us yet another chance to reckon with the terms of the deals we've made globally and interpersonally. Pushes us to ask ourselves, Where does injustice live in me? In his book, Calming the Fearful Mind: A Zen Response to Terrorism, Thich Nhat Hanah writes, "America is burning with fear, suffering, and hatred. If only to ease our own suffering, we have to return to ourselves and seek to understand why we are caught up in so much violence… the important thing is to look deeply and ask, 'What responsibility do we have for the injustice in the world?'"

He goes on to talk about the dynamics of our personal relationships. How, so often, we let our own suffering obscure the suffering of those we love. Someone lashes out at you, so you lash back, forgetting the shared objectives: intimacy rather than distance, detachment from the outcome of another's sacred work, not the destruction of a bridge two people so carefully built toward each other over time. Compassion can break the cycle. Compassion need not be an erasure of your own experience or your boundaries. "Responding to violence with violence can only bring more violence, more injustice, and more suffering, not only to others but also to ourselves. This wisdom is in every one of us… I know that if the energy of wisdom and of compassion in the American people could be nourished for even one week, it would reduce the level of anger and hatred in the country. I urge all of us to practice calming and concentrating our minds, watering the seeds of wisdom and compassion that are already in us, and learning the art of mindful consumption."

The suit of swords in the Tarot is associated with air signs: Aquarius, Gemini, and—yes—Libra. Libra, of all these air signs, is tasked with understanding the sacred word of boundaries especially as they relate to compassion for the self. When it comes to conflict, residual resentment, and the path towards right speech/action, the Five of Swords has a lot to teach us. The Five of Swords reminds us that winning the argument won't fulfill our spirits. That, sometimes, our drive to be right, to defend our position, will cost us a great deal more than putting down our swords (and our collection of sharp retorts) and listening for the common note that rings between us. It's the harder thing to do but sometimes we must work hard to overcome the violent patterns, and the generational trauma, we've inherited.

It's especially difficult given that Mercury, planet of communication, is in impulsive warring Aries. And, Mars, ruler of Aries and planet of action, is in sporadic anger-balling Gemini. This full moon opposing a conjunction to both Mercury in Aries and Chiron, the wounded healer. Chiron activates the places where our cuts go deepest, where the triggers are strung like strings just waiting to be plucked. The Five of Swords won't instruct you to sit in the storm of emotional abuse, to put yourself second, to use the suffering you choose as a weapon against the one you believe makes you suffer. The Five of Swords reminds us that a boundary only works when it has parameters, consequences. A boundary is not simply an expression of disagreement or distrust, it can't be used to control others. Diplomacy is one thing, compassionate revolution is another, no matter how deeply Libra wishes it were otherwise. In conflict, it is compassionate to say, "Your actions produce pain in me and since I cannot control your actions, I must take myself out of the reach of their impact."

This full moon, meditate on the ways choosing nonviolence is also choosing to break patterns of self-harm. Venus, planet of love, rules Libra. Love, too, is a force that serves justice. True love witnesses our common yearning for freedom and complex interiority. It turns away from ego, from imperialism and subjugation. It will not help us hate ourselves, but it can show us where we have work to do within ourselves. No matter what we were promised, love is not all we need. But, love can show us where to look inside ourselves for what is necessary.