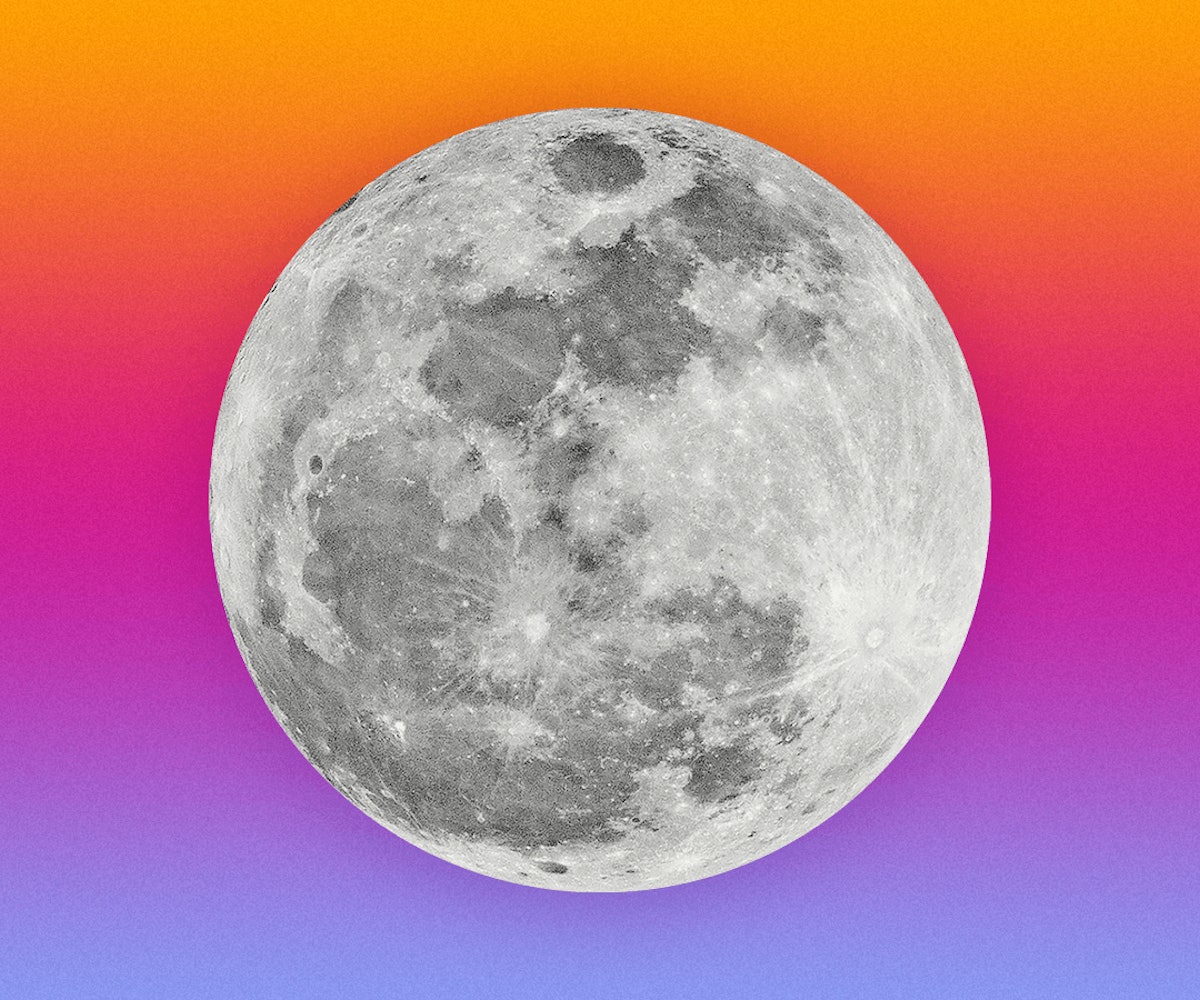 The moon is full in Virgo today, and you want to know about her—but are you willing to listen? Virgo is ruled by Mercury, the god of information, communication, contracts, technology, and distances. Virgo contains all the Earth's known information, sorted and stored for posterity. Virgo holds the records and entreats you to return to them. Every month you wait for the full moon to light up the night and show you the underside of things—but have you learned how to look? To practice attentiveness and beholding, ask Virgo. It is known that the root for "month" is "moon" and there was a time, before kings and false gods, when the cycles of the moon charted our years and split them like slivers of a clementine. And, it is considered that the root of moon might have been "ma-" in Tamil or "me-." These roots meant "to measure a distance," these roots will remind you of a word that might have been your first: mama.

And, "me" meaning "to measure" was the root for the name Metis, who was the mother of Athena. She was an oceanic titan older than Zeus, and she was the goddess of wisdom. And Zeus raped Metis and swallowed her, afraid of her power. Metis' daughter was born from Zeus's head as if she'd never had a mother. This motherless goddess was the new goddess of wisdom, and her wisdom was synonymous with war.

I tell you all this because the moon belongs to us and she doesn't; because if you search the Virgo moon for answers without recognizing that your days serve the gods of war, then you haven't learned how to look at the moon. I tell you all this because I want to give you a poem from a book I've loved for a long time, a book called The Moon Is Always Female, by Marge Piercy. But, the book is old and far away so, today, I'll tell you the name of the book and how I whisper it to myself whenever I feel the moon touch me.

The moon is always female, and she touches us with a soft diffuse light, making everything living on Earth shades of the same color. The light of Pisces is not so different, and it is in the power of this constellation—and the people born under it—to perceive the unifying tether around all things and attend to that tether gently, as if it were its own person. To attend to the unifying thing as if it were the only thing is a noble work, a gift, and ultimately in service to a glamour. Pisces is ruled by Neptune, god of illusion, and it will have you believing it is easy to let yourself love something into being. What isn't easy is making your love be enough to keep that thing alive. Here, I remind you that whether it's Metis or Selene, the moon's goddess was a titan, and her story is older than Neptune's. Her wisdom, flowing over and reflecting every star, is older too.

This mo(o)nth, the full moon in Virgo rises on the first full day of Pisces and the tension between feeling and knowing is a beautiful tether—it might be a taut string that vibrates a soft oceanic hum. Mercury, too, blinks in Pisces, refracting echoes of knowledge back to the moon, out of time and order. It's as if our hearts are being called to accept that time has always been cyclical and that knowledge is made of many rivers that split and run far from the source.

What is not often detailed about Virgo is their prophetic powers. While Pisces are a sign that's known for dreams, Virgos are the collectors of symbols which come to them in all states of consciousness. The future, many Virgos have found, is happening now and has always happened. They were there, they charted it.

Tonight, while you're learning to look at the moon, to pay attention, ask yourself what you're willing to let yourself know—and what you've convinced yourself is true. Your collected sense of knowing is a round thing, a moon. To peel apart the difference between projection and intuition like one peels sections of a clementine. To trust that you have lived a life already and the life you've lived was wise, that your mistakes were also wise—that is a form of time travel. Do you want to be prophetic, reader? Are you ready, now, to look at the moon?