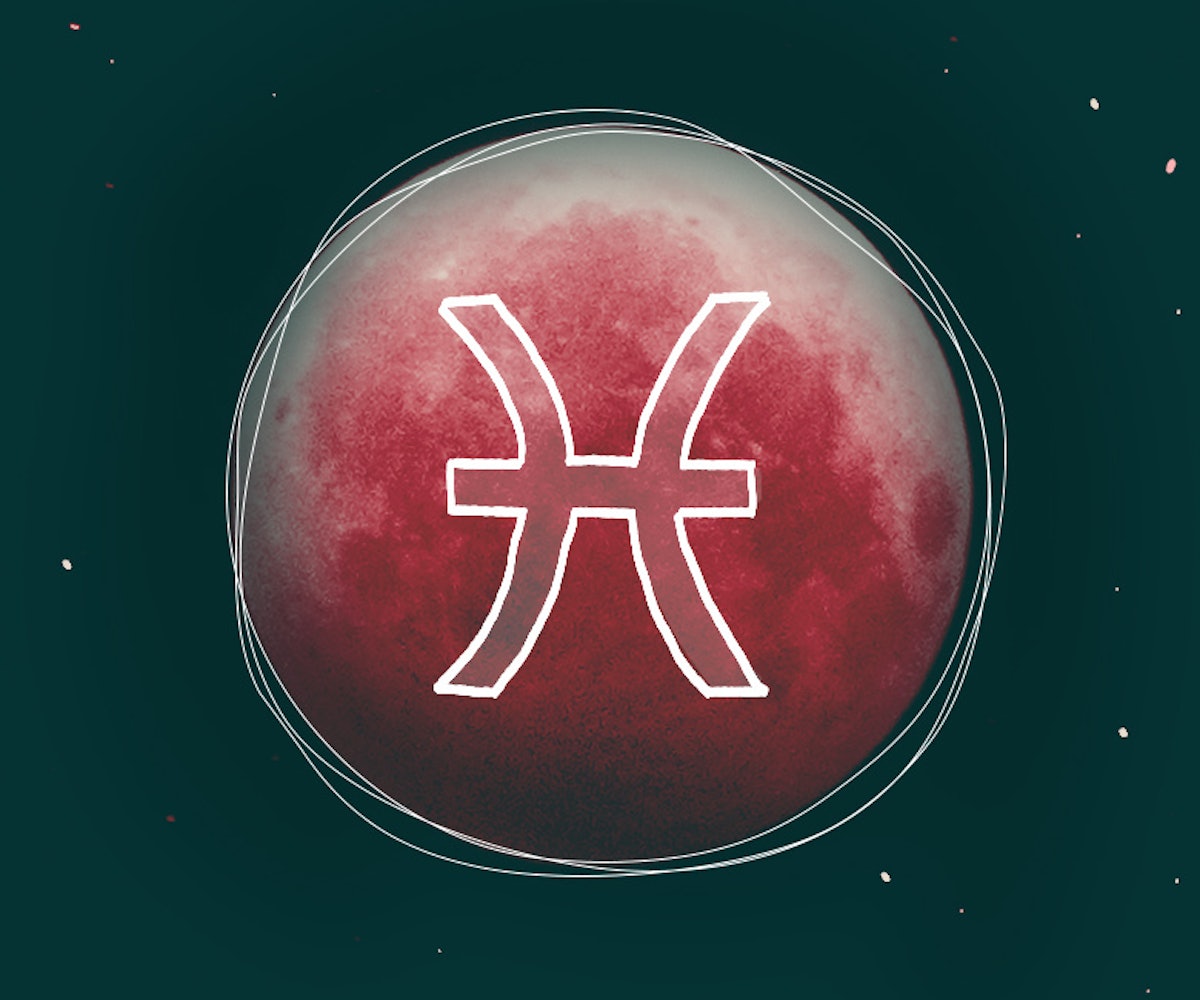 The moon is new today and already over us, although it's something like instinct to only think of the moon when the sky is dark. We are born into a world where everything happens at once, but humans are drawn to category and separation. We have our days and our nights, our division of light sources, a time for doing and a time for dreaming. When the new moon is in Pisces, dreaming and doing is a light that flows from a sliver in the sky and swirls around. The Pisces new moon is not interested in separation, she knows time is not linear and healing is not either. The Pisces new moon has teamed up with Mercury (god of information) retrograde to rise in the light of consciousness. Meanwhile, Uranus has shifted into Taurus for the long haul, and when I write "haul," I mean "drag"; it's being dragged. Because, what is information but a means to change? What is Uranus in Taurus but the will to see that means through?

The new moon in Pisces is square Jupiter in Sagittarius, and expansion, for what it's worth, is an idea you follow like an arrow to its landing place. While Mercury Retrograde in Pisces makes forward movement difficult, it doesn't make it impossible. We can ford the river if we mind the current that moves against us, the slippery rocks of misinformation, the thin, felled log of our self-belief that we must guard within us as we cross. Wanting to move toward that arrow is the main thing, wanting change as it wants us. Remember, Pisces is here to teach us that it's all already happening, the only thing that stops us from seeing change is our resistance to it. So why resist? Nostalgia, at its best, is a savoring of what has happened for us. The ability to hold and access memories is a gift and a tool—any writer can tell you that, any elder too. At its worst, nostalgia is a prayer to god of lack, a belief that the Earth is not generous with her care, that the universe only graces us so many times.

If one moves through life believing that the Earth is not generous, how does one remember to be generous with the Earth? Uranus in Taurus wants to transform your relationship to the natural world—which is not compartmentalized, not separated, not outside the realm of buildings and roads. We have altered the Earth and Earth alters us. She called to the new moon and keeps her close, so that we might feel what we refuse to see. Do you feel something shifting in you, reader? Has your fear of the unknown within you succumbed to your desire to know yourself, your possibility and your worth? There are some paths that must be taken the hard way. There is a difference between being flown to the top of a mountain and trusting your own body, its endurance, pace, and limitations, to get to the peak. Sometimes, learning about your own strength begins with accepting that you have it and dedicating time to finding it within yourself.

I offer you the vision of a body and a mountain, but I ask you to resist separation, especially between body and spirit, spirit and mountain, mountain and mind. There are bodies that are not able to climb mountains made of stone. These bodies climb mountains every day, they face insurmountable odds, they go the long way around often out of necessity rather than choice. But, in choosing to go, to show up, to take up the space their bodies were made to take, they become powerful as mountains. There are minds too, full of mountains, underwater caves, darknesses and peaks of light. There are spirits that struggle to scale that terrain, to know and love it and claim it whole as one might love and claim a landscape as home. As a place to return and feel connected to something greater than our human memory and our human pain.

The new moon in Pisces knows all about human pain and universal grace, she weaves the strands of what she knows around us, and we dream it. These dreams are not relegated to night or solitude, these dreams come over us in our waking hours, they visit through the hands of our lovers and the stories of our friends. Don't be surprised if you miss someone who is not with you more than usual this week. Don't be surprised if you remember something about yourself you've spent a long time trying to forget. Dreaming lends itself to doing under the new moon, and while Pisces is not the sign of discipline, it can be the sign of transition. Transition into a routine this week, reader, before all the over-commitment and all those waves of memory catch you in a riptide of exhaustion and drag you out past the buoys. Attending to practical matters, your schedule, your savings, your goddamn planner, will keep a needful lifesaver around your waist while you wade into the water. Remember that play and pleasure are just as grounding as material things, because both bring you back into your body and your heart—your mountain climbing gear.