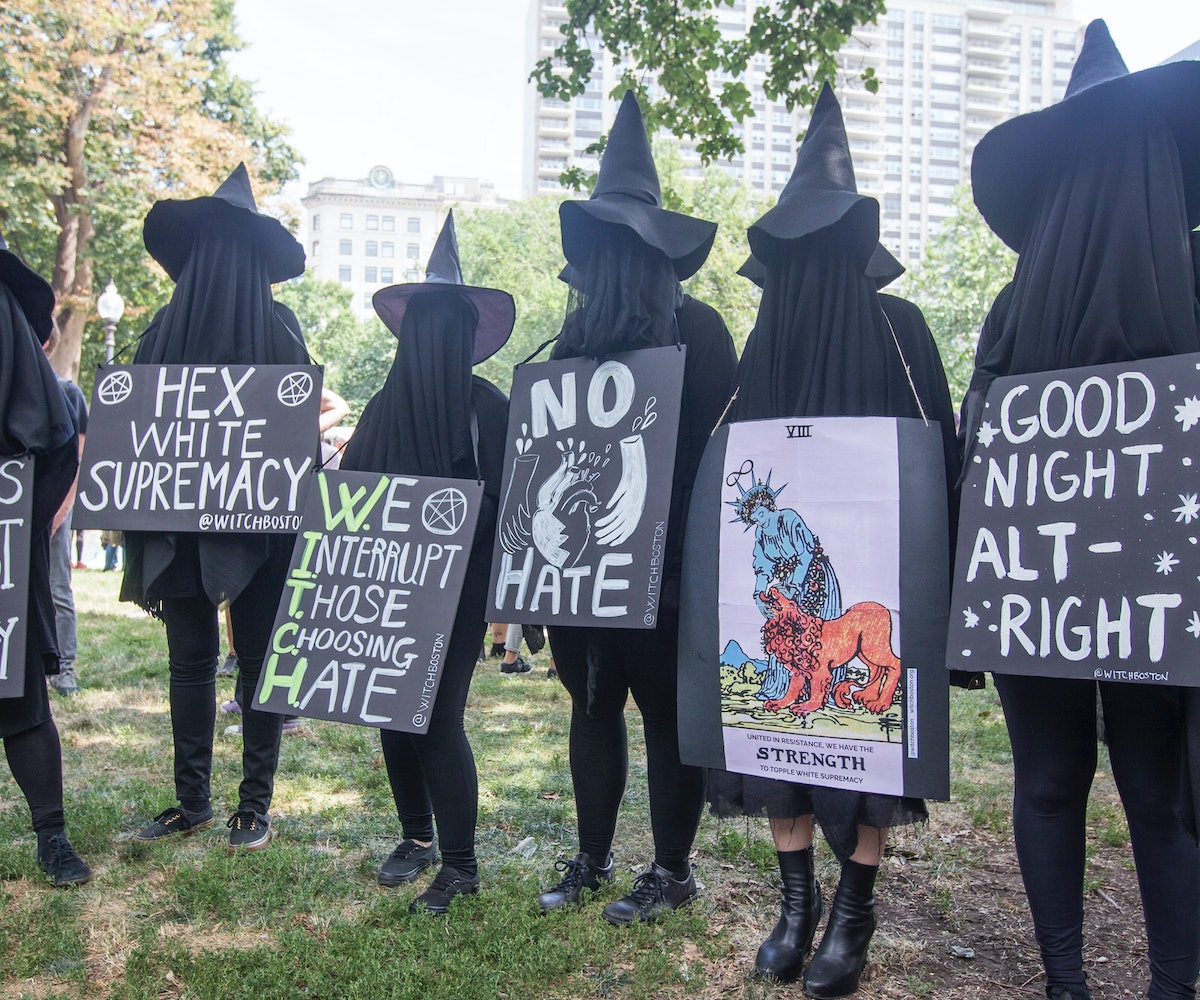 Witches are offended about the fact that Donald Trump continues to call Robert Mueller's investigation into possible (at this point, probable) Russian interference in the 2016 presidential election a "witch hunt." In an interview with The Daily Beast, a community of witches called his comparison "deeply problematic" and "hurtful."

Trump has called the Mueller investigation a "witch hunt" upwards of 60 times on Twitter alone, and people who actually practice witchcraft, such as author Kitty Randall, say that actual witch hunts have left a "traumatic emotional imprint" on today's witches. "To have him compare his situation to the worst period in our history is just infuriating," Randall said.

David Salisbury, a lead organizer at Firefly House, a witch community based in Washington, D.C, notes that Trump's use of the phrase isn't the only problem: It's also hurtful because his morals, or lack thereof, are in direct opposition to the witch community's. The witches who spoke to the Daily Beast say that "most contemporary witches are feminists and support other marginalized groups," so, as Salisbury says, "it is particularly horrifying because many modern practitioners of witchcraft devote their lives to seeking compassion and justice."

Besides, says Randall, there is no rightful comparison to make. "If Mueller's investigation were truly a 'witch hunt,' then Donald Trump would be hanging naked from chains in a cold barn somewhere, being tortured into admitting his pact with Satan, before being burned at the stake," she says. "Instead he's golfing at Mar-a-Lago." Word.

Some witches (including Lana Del Rey) have resorted to spell-casting, and there is a ritualistic binding hex being placed on the president each month. Similarly, there was a hex on Brett Kavanaugh earlier this year. Randall doesn't think Trump needs any hexing, though, noting that he's "in the middle of a process of self-destruction," and that "no self-respecting coven would have him."