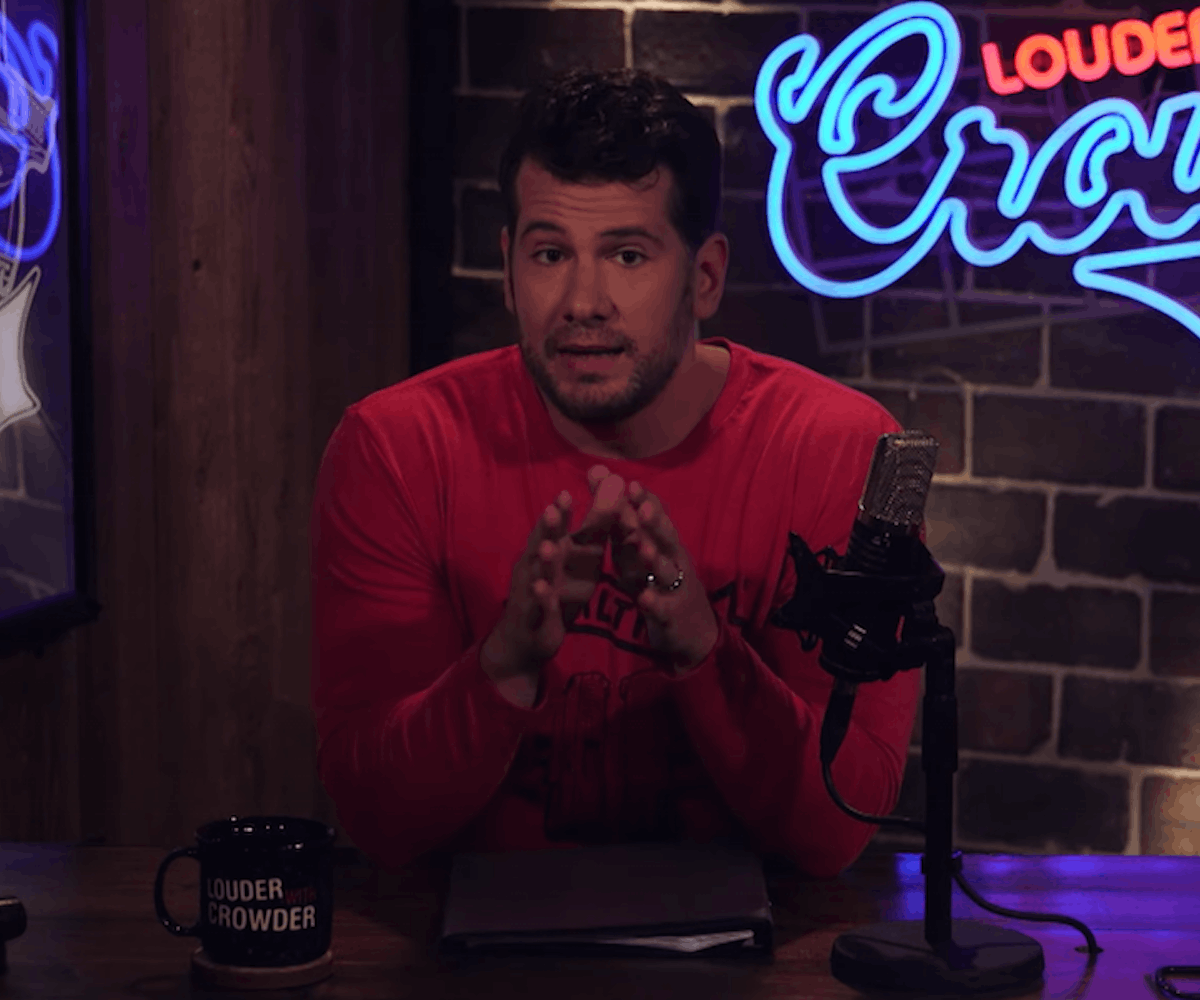 After "conducting an in-depth review," YouTube has decided that the homophobic and racist harassment by conservative YouTuber Steven Crowder (aka the "change my mind" guy) against Vox producer Carlos Maza did not violate any of its policies, and will not take any action against Crowder or his supporters.

Last week, Maza shared, "Since I started working at Vox, Steven Crowder has been making video after video 'debunking' Strikethrough," a series which discusses "the challenges facing the news media in the age of Trump," per Vox. He then said, "Every single video has included repeated, overt attacks on my sexual orientation and ethnicity," before providing a compilation of the many instances where Crowder spewed hateful words.

In the video, Crowder imitates Maza's voice and uses the word "queer" as a slur repeatedly, as well as "anchor baby, a lispy queer, a Mexican," and more to identify Maza.

Maza notes that each time he's harassed by Crowder, Crowder's fans also follow suit and attack him on social media. Last year, Maza's phone number was publicized against his will, and Crowder's followers flooded his inbox which, he says, "scared" him.

After Maza shared the video and details to Twitter, YouTube said it'd be looking into his claims. In response, in a video reported on by TheYoungTurks, Crowder claimed this isn't ~actually~ about him or Maza, but about YouTube trying to censor him.

Late Tuesday, YouTube responded to Maza, writing on Twitter that "while we found language that was clearly hurtful, the videos as posted don't violate our policies." It adds further in the tweet chain, "As an open platform, it's crucial for us to allow everyone—from creators to journalists to late-night TV hosts—to express their opinions w/in the scope of our policies. Opinions can be deeply offensive, but if they don't violate our policies, they'll remain on our site."

Per the language of YouTube's policies, which Maza shared on Twitter, though, Crowder's behavior very clearly fits under "content that is deliberately posted in order to humiliate someone," or "makes hurtful and negative personal comments/videos about another person," or "incites others to harass or threaten individuals on or off YouTube."

Maza has since responded to YouTube, saying it's "an absolutely batshit policy that gives bigots free license," and warning queer creators against continuing work with the platform.

Maza also called for users to stop participating in the platform's Pride initiatives. " The company is exploiting you while arming your abusers," he wrote. "Don't let them use you in corporate branding shit."