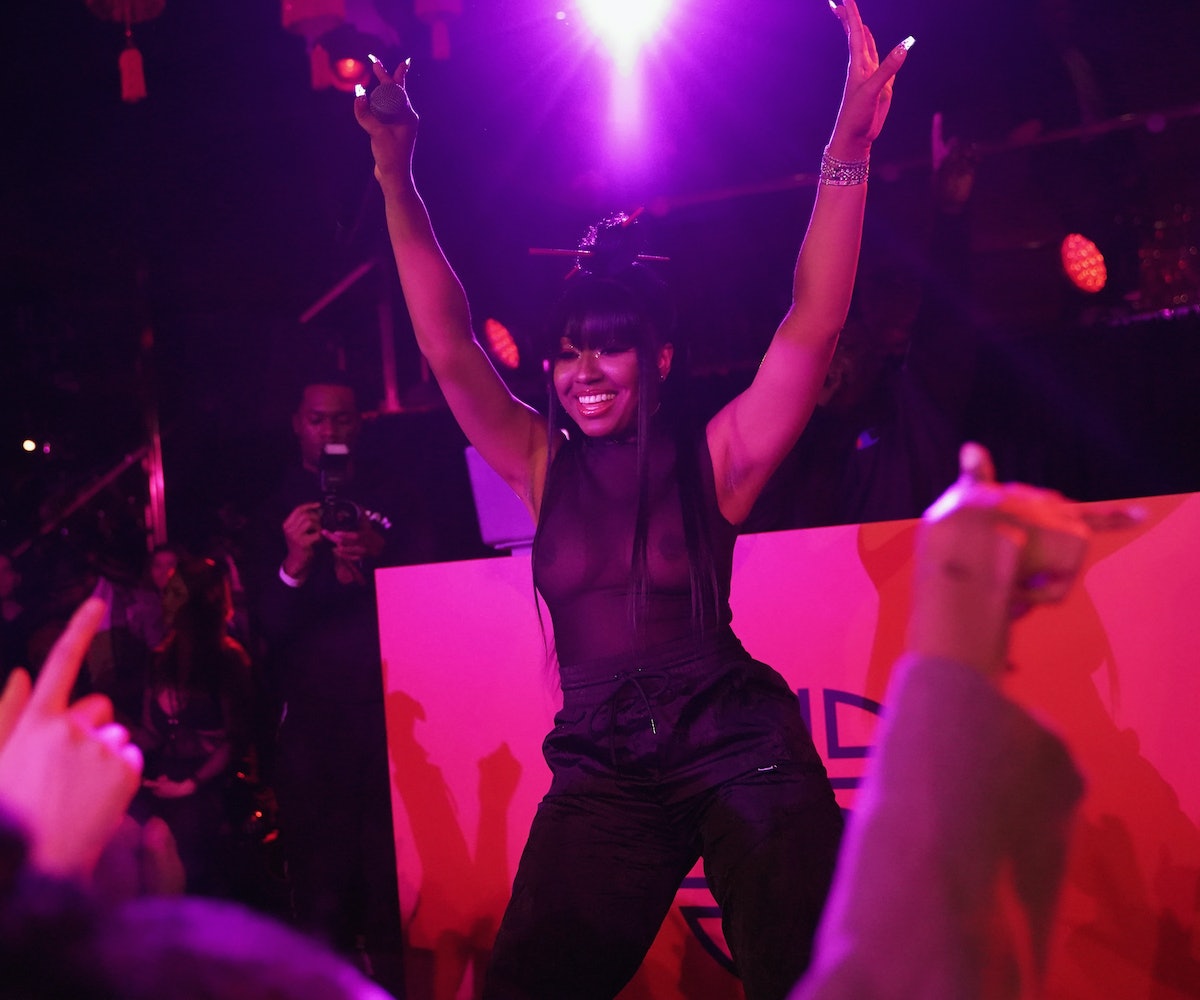 With no word on when JT will be released from federal prison, fans of the City Girls were putting their faith in Yung Miami to hold down the group this summer. But the latter threw a curveball when she revealed in a clip from their documentary, Point Blank Period Part 2, that she's pregnant.

In the video, she cried while breaking the news to Pierre Thomas, CEO of their record label Quality Control. "I'm scared because I know that JT in jail and I'm supposed to be out here holding down the group," she started before breaking the news. He stalled before ending the call with the promise that they would "figure it out." But Thomas may not be the only person less than thrilled for Miami.

Killjoys on Black Twitter loaded up on tweets about how our summer frivolities were canceled because Miami is with child. They even mentioned the relationship status of other rappers, like Megan Thee Stallion, as proof that our ambitions to live the summer on our own terms were somehow misguided.

Following this, Yung Miami took to Instagram again to insist that we're still "acting up" all summer. And she's absolutely correct, and here's why: hoe is life. This means that it's already within you, not activated by the raunchy lyrics of any female rapper. We love the City Girls because they speak to the wild child that already exists within us, not because they've inspired some sort of new energy. Most of us were already excited about the possibility of getting "flewed out" when we felt that first summer breeze. We've already narrowed down who might buy us a Chanel bag to match our sundress months ago. If you didn't, perhaps you're not about that life.

Us carefree girls will twerk, turn up, and "run our sacks up" so long as the good weather would allow us to. The summer is still ours. Period.