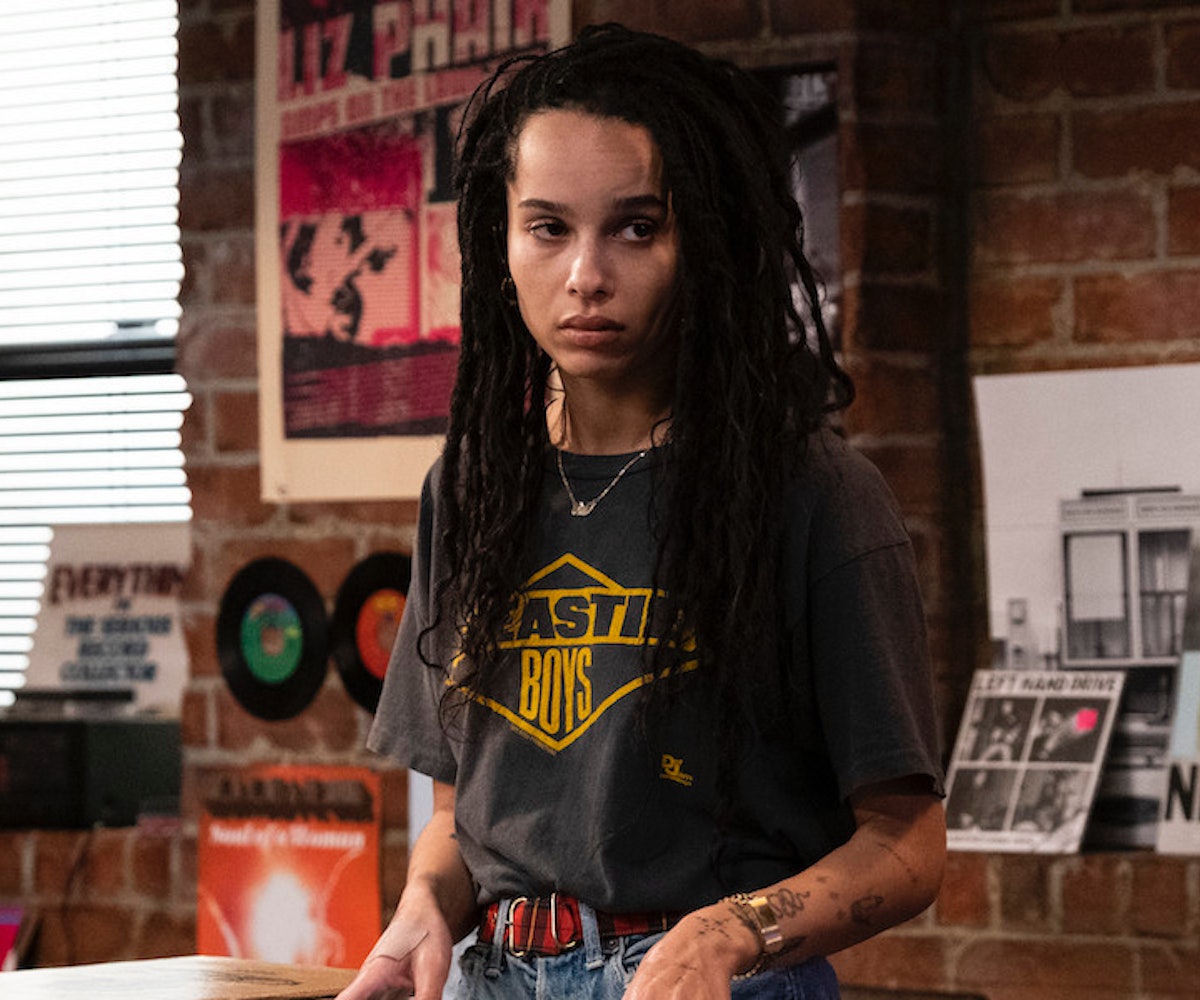 If you're still praying that Zoë Kravitz and the rest of the Monterey Five will return to screens and fulfill our need for drama with another season of Big Little Lies, you're not alone. Luckily, there's more of Kravitz hitting streaming *a lot* sooner than any unlikely addition to that series. On Wednesday, Hulu revealed a first look at Kravitz's upcoming romantic drama High Fidelity, loosely tied to the 1995 Nick Hornby novel and 2000 film of the same title.

Kravitz trades in Bonnie's yoga mat for a sweet collection of vinyl as she takes on the role of Rob, "a female record store owner in the rapidly gentrified neighborhood of Crown Heights, Brooklyn who revisits past relationships through music and pop culture, while trying to get over her one true love," per a synopsis provided by Hulu. There's nothing too specific to share aside from this basic synopsis, but after seeing the first photos released by Hulu, one thing is for sure: Rob has killer style. I'll be copying her effortless Dickies tee and pleated skirt combo later this week.

Da'Vine Joy Randolph, David H. Holmes, Jake Lacy, and Kingsley Ben-Adir also appear in High Fidelity. Check out shots from the forthcoming series ahead of its February 14, 2020 release date below.