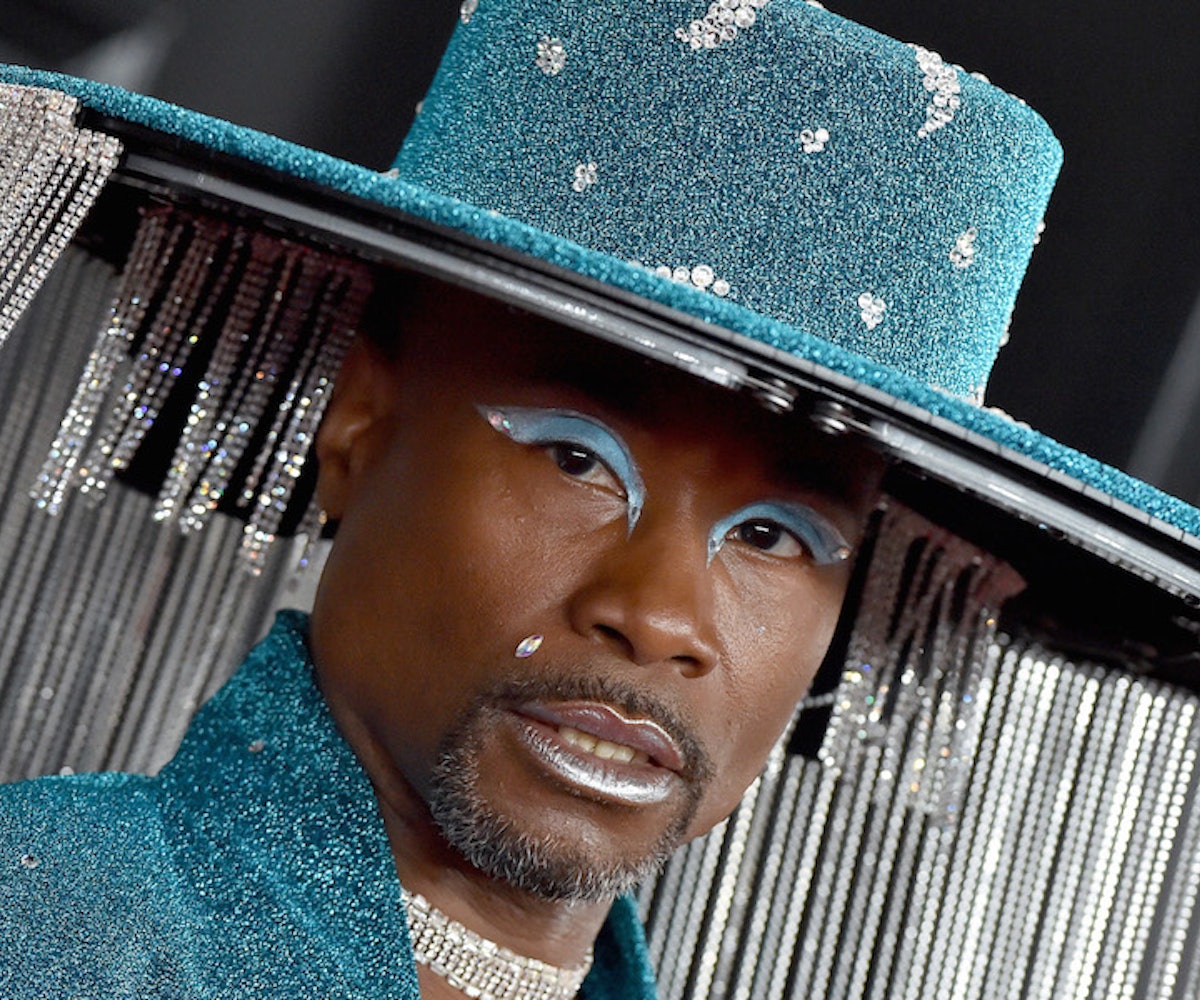 If you didn't have six hours to spare on Sunday night, you missed plenty of action at the 2020 Grammy Awards between the over-the-top red carpet fashion and surprise winners. Luckily, the memes that have taken over Twitter and Instagram perfectly captured the essence of the night (and then some), and we all know those live on far beyond the awards themselves.

Billy Porter ensured the evening would spawn memes for the ages when he arrived in a hat that came with its own remote, allowing its bedazzled curtains to be opened and closed for extra drama. Lana Del Rey brought her hot cop boyfriend Sean Larkin to the show, and despite not winning an award for Norman F*cking Rockwell, still wound up as one of the most buzzed-about artists of the night. Below, all the best memes from the 2020 Grammy Awards, so you can relive the only moments that matter without having to sit through a full re-watch.

Lil Nas X was memeing before the show even started. Would you expect any less from the King of the Internet?

Make fun of the viral artist all you want, but spinning a single song into over a year of fresh content and performances takes real talent.

Where was Tyler, the Creator with this bellhop look when the Met Gala was camp-themed?

Ariana Grande and Billie Eilish deserve a chance to play best friends who get up to wild hijinks, and these photos are proof.

Or, they could just be cast in the film adaptation of Wicked. You decide.

Eilish's all-Gucci 'fit was made to be memed. Head to the slime doctor nearest you to get your vibe checked.

The best celebs created full-on characters as they arrived to the awards show.

Whether they be a tarot card or a Batman villain.

But, let's focus on Porter for one second. This GIF is never going to die.

Porter deserves his own Hunger Games film and you know it.

Awards shows don't really need hosts, but if they need one, let them all be as chill as Alicia Keys.

The next episode of Live PD is just Sean Larkin investigating the ignorance of the Grammy Awards.

No one really expected The Jonas Brothers to put on the most boring performance of the night, but there they were.

And for no one to tell Nick about the food in his teeth — someone had to have noticed, right?

The new era of punk is led by Tyler, the Creator. No further questions will be allowed at this time.

The Grammys could have just given her a mic!

Imagine what it feels like being *older* than Billie Eilish.

If you missed the performance of "I Sing The Body Electric" from Fame, save yourself the trauma of watching it. This is all you need to know:

Yes, it was that bad.

And in the end, it's the evergreen memes that steal the digital show every time.

NEXT UP
Entertainment
Harry Styles Is Performing At The 2023 Grammys
Entertainment
On "Princess Diana," Ice Spice Beats The Memes
Entertainment
Beyoncé Announces 41-Date 'Renaissance' Tour
Entertainment
FLO Is Headlining Their First US Tour This Spring
Style + Culture, delivered straight to your inbox.