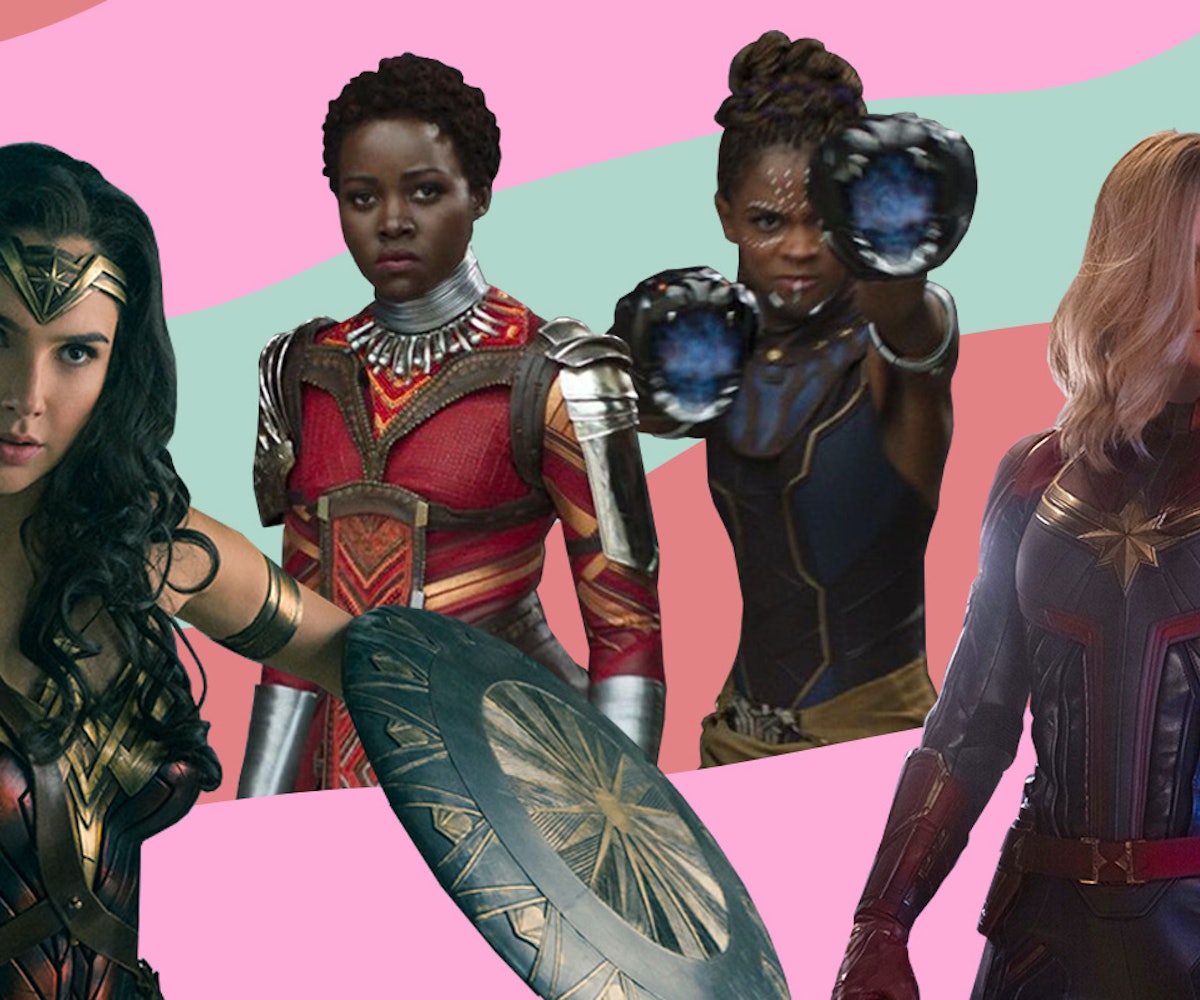 Ever watch an action movie featuring a kickass woman (think: Gal Gadot in Wonder Woman for an obvious example) and think, Damn, I wish I could be strong/fast/graceful/badass like that? You're not alone: Most of my childhood and adult life has been spent in pursuit of superhero-level abilities, and while I never mastered actually flying, a few Parkour classes helped improve my jumping abilities immensely. But being stuntwoman-strong isn't just about fancy footwork, there's a lot of daily grind that goes into being flexible (literally and figuratively) enough to handle any role that's thrown at you… Including once needing to sprint down a road while on fire. Or, at least, that was stunt choreographer, former stuntwoman, and martial artist Mindy Kelly's craziest stunt experience. You may not want to do that, but being stuntwoman strong is about developing a well-rounded athletic prowess that will let you hop into a dance class one day and hike up a mountain the next. Here, Kelly helps break down what you need to train like an action movie character IRL.

You'll never watch an action scene where the main character runs out of breath halfway through a fight scene. There are three main physical components to being a stuntwoman: You need cardio abilities, strength, and flexibility. Kelly works on each of these on the regular—though she changes things up depending on what role she's working on. For instance, if she knows she's going to need to sprint down a street wearing stilettos (thanks, Hollywood stereotypes of how women "should" dress), she focuses on running, and will even toss in a few sessions where she practices running in heels. You shouldn't try that at home, but even if you're a devoted Pilates person, sprinkling in three 30-minute cardio sessions each week (running, biking, hiking, rowing) will keep you primed for adventure.

"People spend years training for one specific type of movement as a stunt-person, and they have to be able to repeat it, all while showing certain emotions and telling a story while they do it," says Kelly. You don't necessarily need to do a pull-up to make it as a stunt person, but again, having some basic overall strength is key when it comes to being able to shift from a fight scene to a chase scene and film the same 15-second clip 60 times in a row. Kelly builds her stamina with a morning workout that focuses on strength and flexibility—think: power yoga moves like lunges and planks. She never skips a morning, even with a hectic travel schedule, and that 15 minutes spent working on her strength as soon as she gets up helps her feel grounded for the rest of the day, no matter what's on the schedule. "I focus on what makes me feel good," she says. "That way, whatever happens in the day, I know I started by doing something for myself."

"If a tree is flexible, it can really easily move in the wind, but an old, rigid tree will break," Kelly says. "Flexibility is easily the most important thing." The same is true of your body: That once-a-month hot yoga class might feel great in the moment, but have you ever noticed that afterward, you're super-sore? Do small, gradual flexibility work instead of one huge chunk every few weeks. You may not have the 15 minutes that Kelly does in the morning, but you can find five minutes to do a quick yoga flow when you wake up, or at least do a few forward folds and scroll your phone while hanging out in Child's Pose if you can't commit to anything else.

Getting in superhuman shape isn't about dropping 10 pounds or building a bigger bicep, it's about mastering yourself, body and mind. "Once you can understand that you have control over your body, you have control over your mind," says Kelly. "And to me, that's a beautiful gift that all of us have. Your mind is where you're telling yourself that you can or can't do something. If you tell yourself you can't do something, you won't. To achieve a goal, you do have to put in the work… But once you put the work in, that's when you can tell yourself that you can do something, and you will be able to. Know that you can do anything, but you have to work hard, make sacrifices, and really want it."

To be ready for anything, you need to tap into your breathing. It's information, it's power, and it's a way to either pump yourself up or calm yourself down, depending on what the situation calls for. "Until you actually breathe in, you may not realize that your neck or back is tight," says Kelly. "Your breath is everything, and learning how to tap into that is so key. It can help relieve anxiety or get you ready for a fight scene." She works on her breathing daily, whether that means a pause mid-day for 10 deep breaths, or a moving meditation during yoga, or a seated meditation practice. "To me, this is more important than any other training," she says.

"When did we stop playing?" asks Kelly. "Think about it—we always used to play around outside practicing things like handstands and cartwheels, but we stop as we get older. But that's how we learn new tricks! Don't put pressure on yourself, just get out and have fun!" Even if you don't have Hollywood aspirations, pick a stunt that you'd love to master. Maybe it's a sweet sidekick—Kelly's speciality. Maybe it's a handstand, or maybe it's a 30-second fight scene or dance sequence that you and a friend can master together. At least once a week, head to a park, gym, living room, or backyard and make time for play.