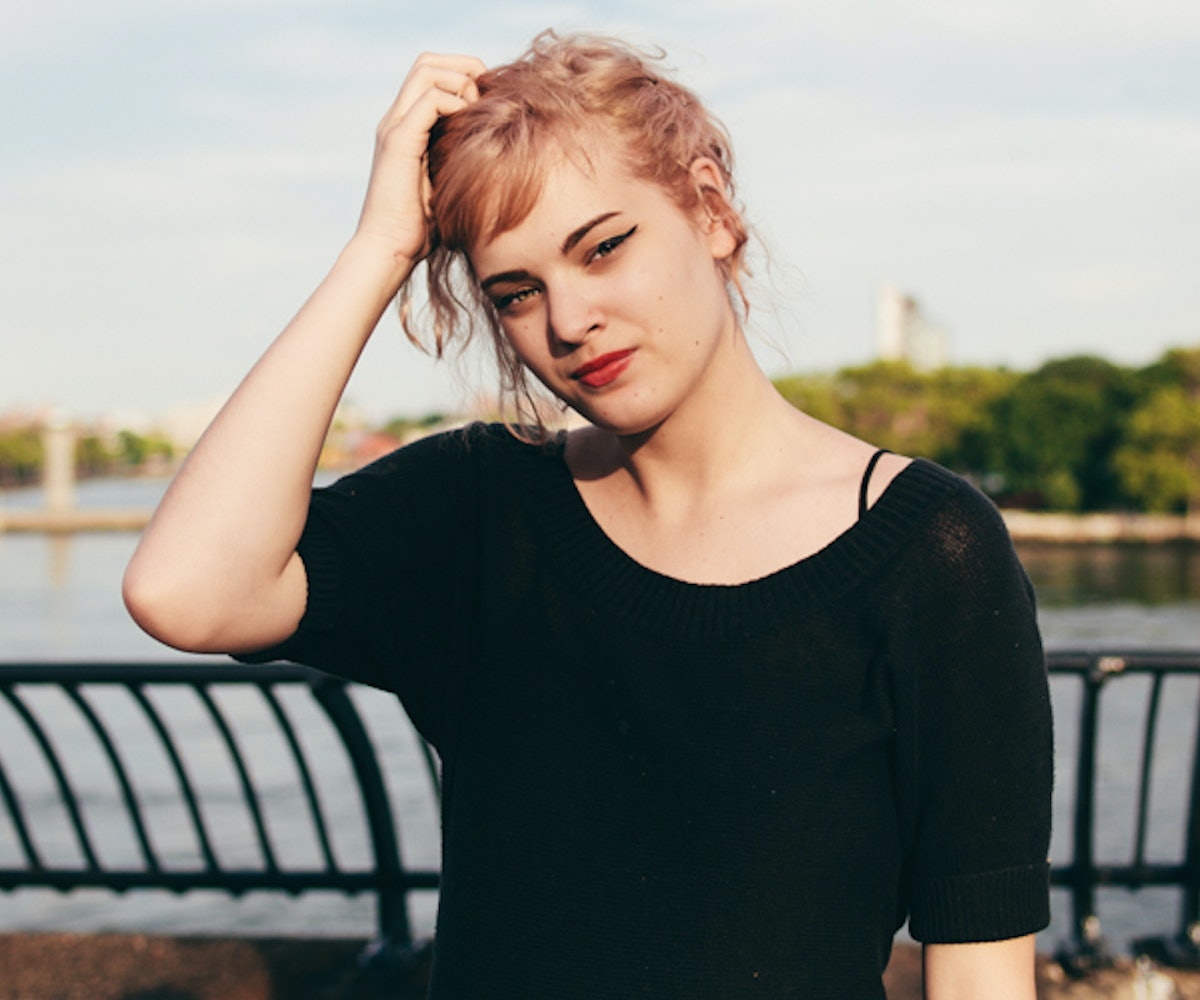 "I guess it's a joke," Steph Knipe, aka Adult Mom, tells me after I ask how their series of compilation albums, titled Boy Tears, got its name. "It was just a play on how the men at my college were very upset about women and non-men wanting to band together and get outside of their culture," they explain, "and so: whiny boy tears."

Knipe, and the collaborative trio of musicians that now comprise what is known as Adult Mom, have come a long way since being a local college band at their alma mater, SUNY Purchase. What was once a way of forming a community for themselves with artists around town and on campus now exists as a sort of an artifact of indie rock, a compilation of demos by artists like Mitski, Frankie Cosmos, and Eskimeaux, before any of them were famous.

Now that Knipe has a "bit more pull in the music world," it only made sense to bring back the compilations, not for their peers on the albums but for the next generation. "I realized I have my own community of songwriters around me that has been slowly growing since I started [the series]," they said, and they credit Boy Tears with helping to facilitate that. It's been five years since the fourth compilation, and as Adult Mom presents the fifth—without a personal contribution—a new crop of young artists are demanding to be heard.

The only qualification to appear on the compilation, to put it simply, is not to be a cisgender dude. And as Knipe excitedly points out to me that, on this latest addition, many of the artists who reached out and contributed are trans and queer teens, mostly ranging from14 to 16 years of age. "It is making my heart swell up, because I think, Oh, I wish I had a group of people that were queer and were my age when I was fucking 14."

And the simple point of connection Knipe provided has already proved to have sparked a new community. "I literally cried when I saw this," Knipe said, "but I set up a little directory for all the people who are on this compilation, and they all put their [social media handles on it]. When I woke up the next morning, they had all started a group chat on Instagram," they laughed. "It was so beautiful, and they're all sending each other's links and demos, and I was like, This is exactly what I wanted."

Boy Tears provides an opportunity, even outside of simply forming a respectful, collaborative community, that is so rarely alotted to those who aren't cis men. "I think that it's harder to start making music, to start making crappy music or just start anything, [as a woman or queer person], because there are so many added layers to what qualifies as good," Knipe says. Women and queer-identified artists don't get the chance to really suck, and then grow from that. "You hear so many stories about bands starting up, dudes in bands getting together, and they're like, Oh we just drank a 30-rack and fucked around. That's chill, and I'm totally down with that, but it's not really an acceptable or accessible thing for non-men to do," they add. "We need room to be able to fail and make mistakes in an environment that's going to allow us to continue and not make us feel like we're doomed and can't ever do this ever again."

"Being able to accept yourself in terms of just being a person and being around people you identify with is literally so crucial to the art-making process. There's only so much you can do when you're alienated," Knipe pointed out. Despite the large time gap between this fifth installment and the last one, Knipe is excited to continue the series, and to explore ways in which it can grow. Part of the dream, they say, is to emulate the "kind of culty, in a good way" style of representing artists on social media that record labels have perfected, but in the form of a website. A sort of landing page you can go to, to stay up-to-date on any artist who has ever been involved with Boy Tears, not only to support the project but as a go-to for finding women and queer-identified artists on the rise.

All proceeds from the fifth installment of Boy Tears benefit the Trans Lifeline, a trans-led organization which seeks to "fight the epidemic of trans suicide and improve overall life-outcomes of trans people by facilitating justice-oriented, collective community aid," per its site. Stream the release below.