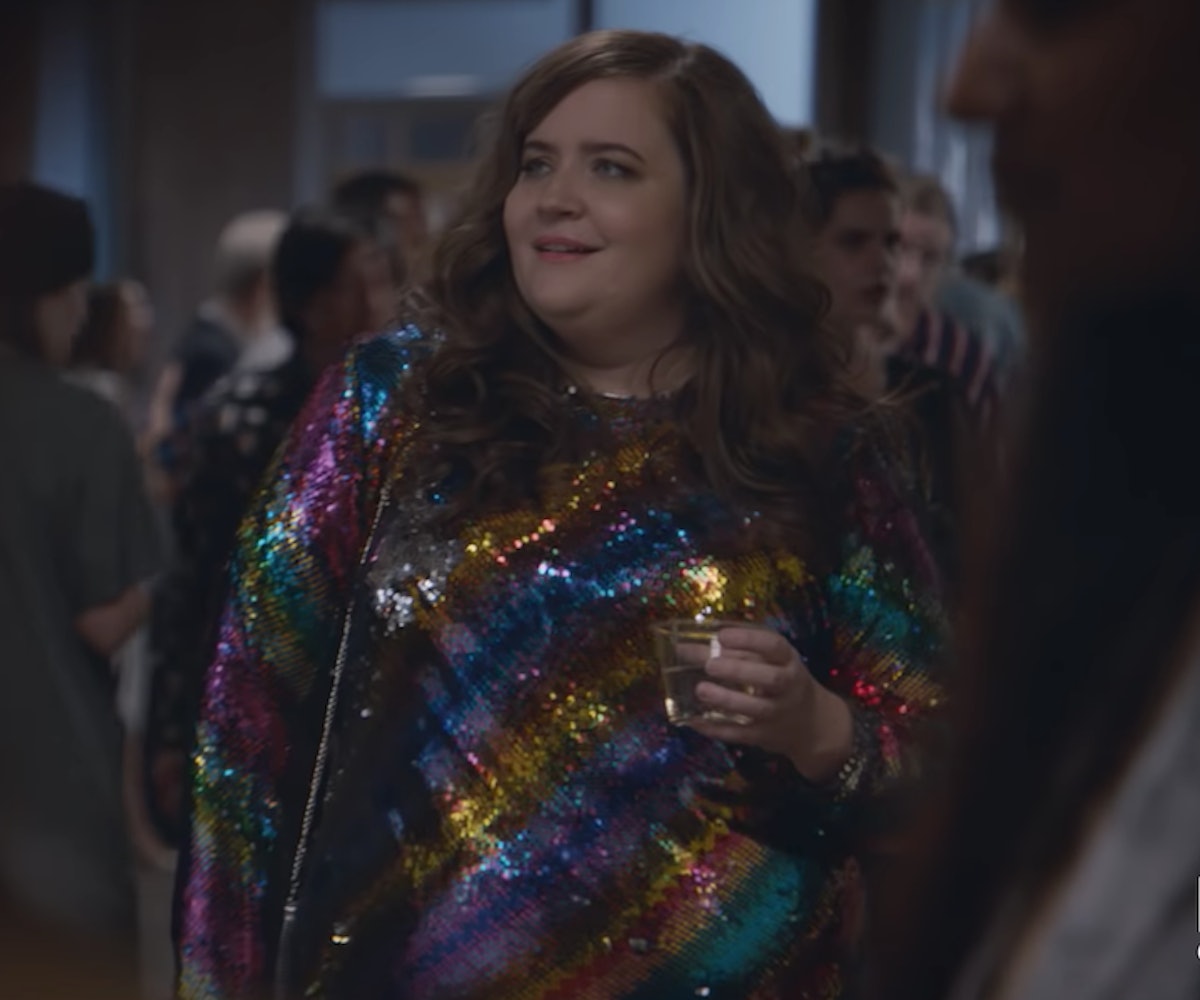 Bryant plays Annie, described in the video description as "a fat young woman who wants to change her life—but not her body. Annie is trying to start her career while juggling bad boyfriends, a sick parent, and a perfectionist boss." We see Annie realize she has a topic she's excited to pursue in writing, watch her get ready to "fuck shit up" and get turned down, and see the success that follows when Annie decides to follow through regardless (even if it does come with a fat-shaming troll).

West's memoir covers everything, from her own "accidental activism" to a "never-ending battle royale with Internet trolls" and surviving "in a world where not all stories are created equal and not all bodies are treated with equal respect," offering ample material for Bryant to explore in the forthcoming episodes.

Watch the trailer for Shrill below. The series will be available to stream on Hulu starting March 15.