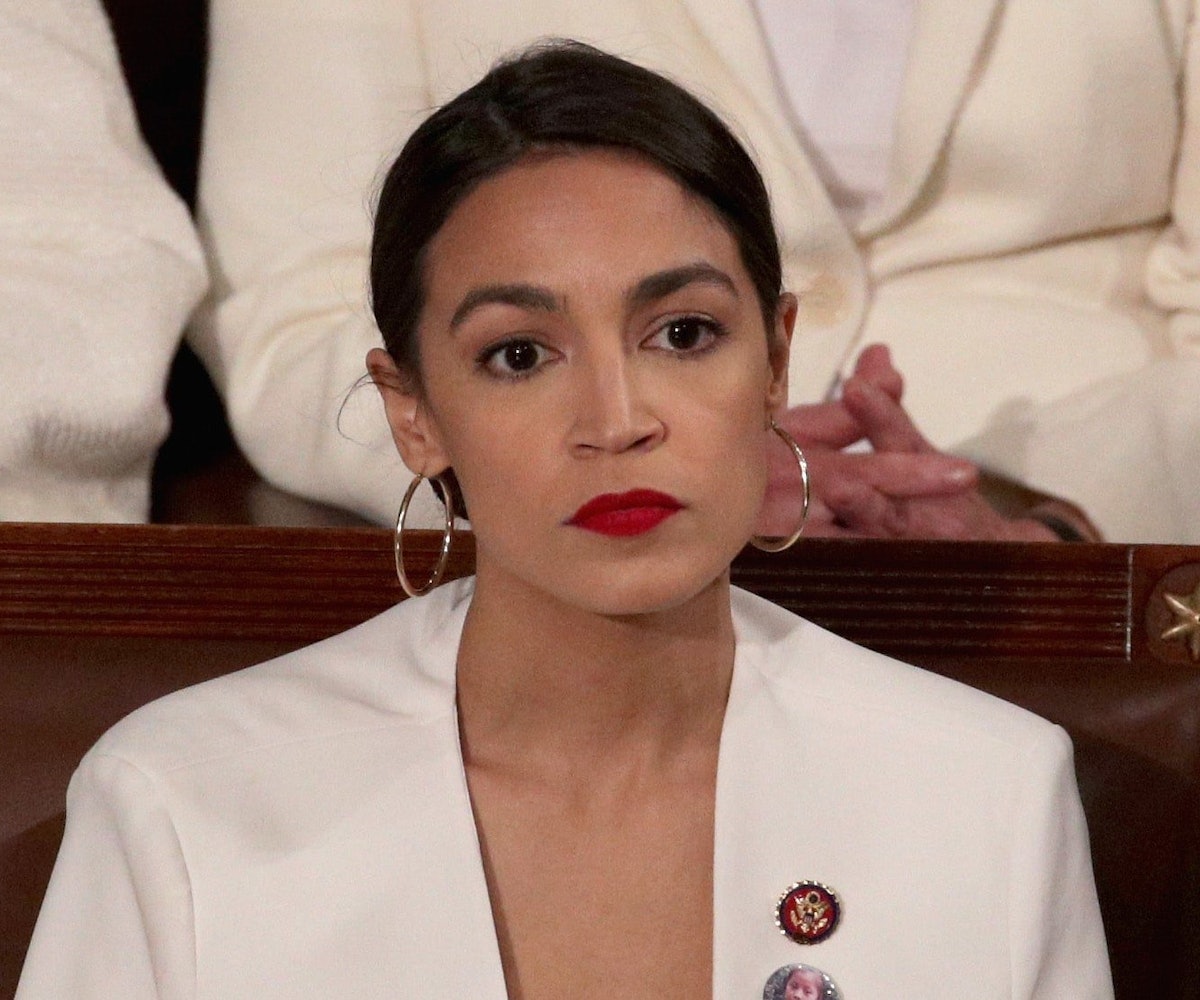 On Tuesday, after the Senate struck down the Green New Deal proposal, Alexandria Ocasio-Cortez delivered a speech in which she perfectly summed up the absurdity of calling climate change an "elitist concern," which is what House Republicans were saying to dismiss the idea that, you know, our planet may be unlivable in our lifetime. She sternly reminded them that "science should not be partisan," which somehow they don't seem to understand.

Responding to the bullshit that her colleagues across the aisle were trying to spew, Ocasio-Cortez reminded her peers that she herself was not a part of the "elite" class when she was campaigning for these issues. "I just got health insurance for the first time a month ago," she said, calling climate change exactly what it is. "This is not an elitist issue. This is a quality of life issue."

To point out how ridiculous the claim that the "desire for clean air and clean water is elitist" is, Ocasio-Cortez brought up the fact that the poor air quality in the south Bronx and the lack of drinkable water in Flint, Michigan, have caused the children growing up in these environments to suffer irreparable health issues. "People are dying," she told the other side of the aisle. "This is serious. This should not be a partisan issue. This is about our constituents and all of our lives."

Ocasio-Cortez then called her colleagues out on their bullshit in a major way. "We're here, and people are more concerned about helping oil companies than helping their own families? I don't think so," she said. "If we tell the American public that we are more willing to invest and bail out big banks than we are willing to invest in our farmers and our urban families, then I don't know what we're here doing."

In a separate video, Ocasio-Cortez acknowledged the concerns that her Green New Deal proposal is expensive, pointing out the fact that people have known about climate change since around the time she was born and haven't done anything about it. She also pointed out that it will cost more to wait until damage is done to repair it. "We're going to pay for this whether we pass a Green New Deal or not," she said. "Because as towns and cities go underwater, as wildfires ravage our communities, we're going to pay. And we have to decide whether we're going to pay to react, or pay to be proactive."

NEXT UP
Beauty
September 2022’s Best Beauty Launches Will Keep You Cozy And Cute Throughout The Fall
Life
On Repeat: Vaquera’s Away Collaboration Is Brought To You By Britney Spears B-Sides
Life
Away’s Second Designer Collection Will Have You Traveling In Style
Beauty
Two Gen-Z-loved Brands Have Collabed On an Otherworldly Fragrance