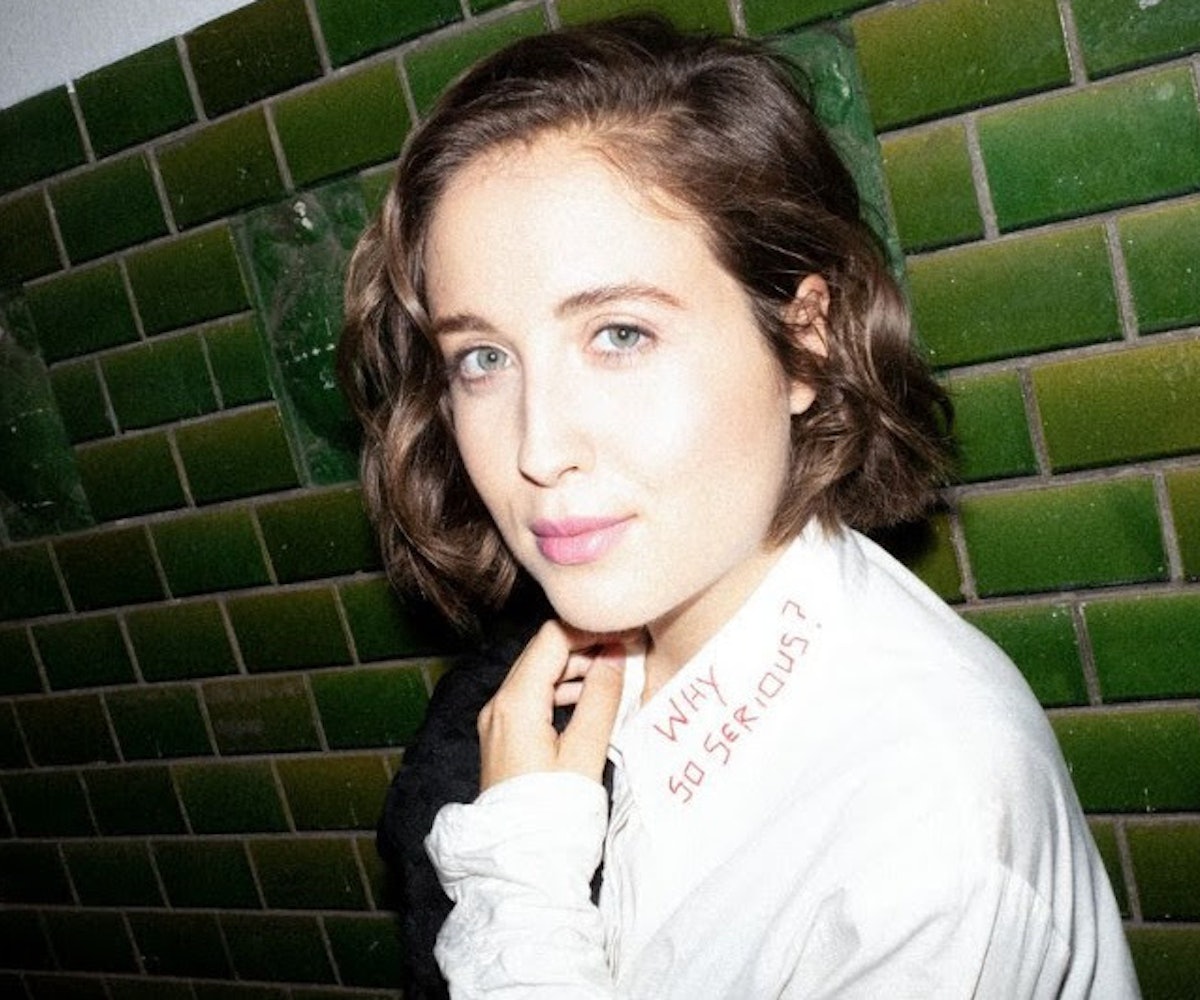 What happens when an artist's debut single goes viral? Or, more specifically, how does it shape the trajectory of their career? If they're not destined to be a one-hit wonder—a term quickly losing its meaning in the age of myriad streaming services—then does this type of bold introduction forever influence the way listeners consume their music?

There aren't any easy answers to these questions, but it's worth looking at the burgeoning career of Alice Merton to see what those perhaps complicated answers might possibly be. Merton achieved viral success with "No Roots," that song you've heard in Starbucks, and on that one commercial; it's the song my boyfriend wouldn't stop singing all last spring (despite his inability to carry a tune). "No Roots" fits in the context of her debut album Mint, out tomorrow, but it also exists in listeners' minds across the United States without any association to the artist behind it, or to any greater body of work. But is this a problem? And if it is, couldn't it potentially be a nice one to have?

When I recently asked Merton if she could go back and change anything about her journey into the public eye, she had a clear answer: she wouldn't. "I need every emotion that I've been through, because that's what inspires me," she said. "If I hadn't had that one emotion, I would've never written that one song." Never mind the nerves or doubts; according to Merton, everything is as it was meant to be.

The last time I spoke with Merton, it was a month before she released her single "Funny Business" into the world. A storyteller by nature, she was about to air, through her latest song, a breakup story and face the reaction of her ex, and the world. It was her seventh song to release in the U.S., following her No Roots EP and lead single, "Why So Serious?" She's far less nervous now, laughing it off and throwing out the reaction as if it paled in comparison to what she expected. "I got a text the next day," she told me. "So embarrassing."

Anxiety like that is familiar to Merton; in fact, the album's title is a reference to the one thing that soothes her persistent nerves. "With concerts, I still feel very sick beforehand," Merton said. "The only thing that would calm me down was mint. Mint gum, mint tea… it would soothe my stomach." It is the only reason, she explained, she was able to do her concerts, do press, and get this far. As she releases Mint out into the world tomorrow, she's sharing both the coping mechanism that has traveled with her for so long and the lyrical problems she's needed to cope with. "I feel like [Mint has] been on my shoulders for a very long time," she tells me; it'll be a relief to unload what has come from this era and move on to whatever comes next.

Merton is aware of the high expectations hinging on this album. "I think a lot of people were expecting that I make, for a living, like hit after hit after hit after hit," she told me. "And I explained multiple times: None of us ever expected 'No Roots' to grow to that extent. And I will never make songs so that they have a very similar chord structure and that sound really hooky."

Merton clearly has a complicated relationship with the idea that there is only value in creating something catchy or palatable to the masses. "I think the biggest misconception that I've had is people reducing [my music] to 'No Roots' and not realizing that there's gonna be lots of other songs that come," she added. "But I am not in it for writing hit after hit after hit." Few artists are, but it's understandable that Merton, after her runaway single, has doubts about the possibility of reconciling popularity with artistry.

"I wanna create a live audience, I want people to come to concerts, and that's what we're doing at the moment, we're growing and growing," Merton explained. "Like every time we come to another country, it's so cool to be able to fill a room of 500, 600... even playing in Turkey, filling a room of like 600 people was incredible. And that's what I love. For me, that's a true kind of proof of people wanting to get to know you better and not just having those hits after hits after hits."

"I don't know if that's healthy," she continued, "I don't know if that's what I want. I want to have people, obviously, listening to my music and enjoying it, but I also want them to understand that a lot of these songs are so personal and that I need to put them out because it's a way of me sharing my feelings and that's how I deal with it. Some people talk to other people, and I don't really talk to people about my feelings, I just put them in songs and then hope that people just kind of listen to them." She pointed out that, concerts and musical releases are similar to therapy in that "they don't even [reply] that much; it's just you talking to them."

Subject-wise, she does admit there are some stories that are far easier to share than others. It's easy to understand why. "I have really big problems with facing fears," she said. "But that's easier for me to put out because, the more I talk about it, the more I accept it, the more I can learn how to deal with it and cope with those fears."

If there's one theme she's emphasized across the album, it's her reckoning with the concept of home. "Putting your home into people and realizing that that can be very dangerous," she said, is something she hopes will come across to listeners, and something she's definitely come to terms with in real life.

So who is Merton, and what is she like? As an artist, and as a person, and beyond that viral hit? Only she can say, though she isn't about to define it for the public; perhaps because she's still figuring it out for herself. But if I did have to assert one quality of Merton's that I think will grow more and more evident over time, it's the weird, the quirky, the way that she leaves mistakes in her songs, making them what they are, flawed and perfect, all at once.

And then also, she's just kind of delightfully strange. In her breakout hit, she sings, "I like digging holes and hiding things inside them," which she has revealed to be a reference to the very real time capsules she'd bury as she moved from location to location throughout the years. "I don't plan on going back and finding them," she admitted, unlike the lyrics would suggest. "There's been dead snails, there's been hair, there's been photos…" Some things are better off staying buried, laying down roots, growing in their own unique way.