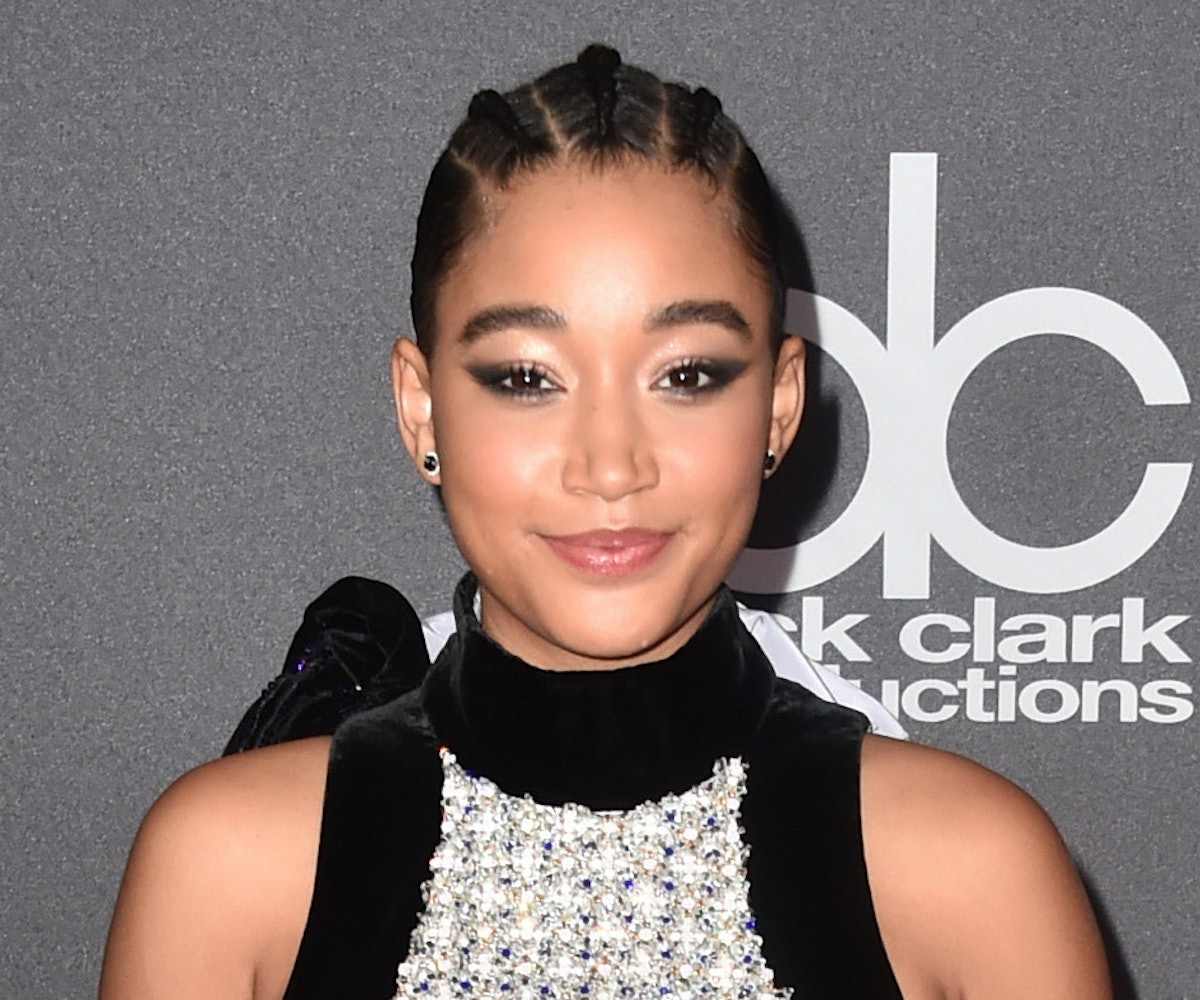 Amandla Stenberg will receive The Trevor Project's Youth Innovator Award this year, according to Teen Vogue. The actor will be formally given the award during the organization's 20th annual TrevorLIVE gala on December 2.

Stenberg has long been open about their gender identity and sexuality and has continuously used their voice to raise awareness of issues like racism and queer inclusivity. Said Amit Paley, CEO and executive director of The Trevor Project, "We're excited to honor Amandla for consistently using [their] platform to advocate for LGBTQ young people."

"I'm so profoundly honored to be recognized by The Trevor Project, an organization I admire and whose work is so critical," Stenberg told Teen Vogue. "Now, more than ever, it's crucial that LGBTQ youth have a safe space where they can find a sense of being when they feel lost or alone."

The Trevor Project is a resource for LGBTQ youth that provides resources for those suffering from suicidal thoughts and depression. The annual gala is a celebration of "not only the work [it does] as an organization, but also others who aid in the mission." Others to be honored include Ryan Murphy and the cast of Pose.

NEXT UP
Culture
The Madonna Biopic Is Being Scrapped
Culture
6 Shows To Binge Once You've Finished 'The White Lotus'
Culture
Phoebe Dynevor Will Not Return for Bridgerton Season 3
Culture
Succession Season 4 Trailer Explodes With Family Drama
Style + Culture, delivered straight to your inbox.