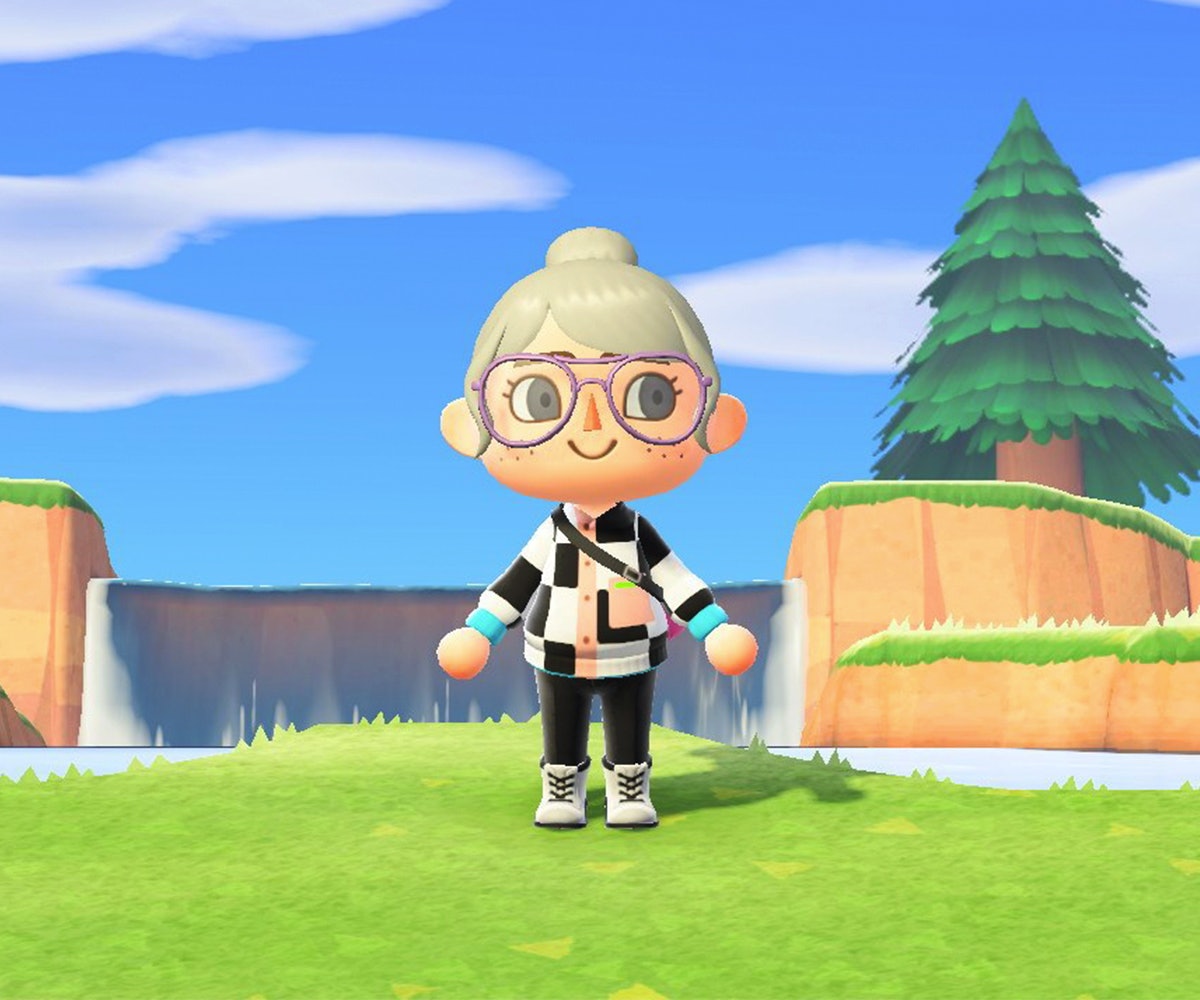 Animal Crossing: New Horizons could not have come out at a better time. The Nintendo game — in which players inhabit and build new lives on deserted islands — is the ultimate time suck, and luckily there are currently more than enough hours in the day for maximum escapism. While players run around their islands and engage in activities like planting flowers, fishing, and paying off their home mortgages to a capitalist raccoon named Tom Nook, they also have the chance to flex their creative muscles and produce original designs. Since its release on March 20, gamers have pulled from culture across the board; they've recreated pivotal scenes from films like Midsommar and The Portrait of a Lady on Fire; designed dresses straight from the runways of brands like New York City-based designer Kim Shui, and even popular memes are getting the Animal Crossing: New Horizons treatment.

It's an inspiring display of imagination. It pushed me to design my own fashion moment by recreating the crescent moon print from the buzzy French luxury techwear line Marine Serre. Who knew it would be just as satisfying to see a digital version of your self running around wearing designer threads as it is to wear the clothing in real life? Consumerism is dead, people! As warehouses shut down to stop the spread of COVID-19 and the e-commerce economy comes grinding to a halt, the way we view fashion is rapidly shifting. Animal Crossing: New Horizons is part of the imminent net-art resurgence, and it's all the better that the designs are usually funny as hell.

The classical Chinese dance and music company's productions have paused with the spread of COVID-19, but Animal Crossing: New Horizons is keeping the 5,000 years of civilization going strong.

An airbrushed spring break tee on an animated video game character can almost feel getting blackout drunk on a Florida beach.

Who will be the ceremonial May Queen and who will be stuffed into a bear carcass and burnt alive?

Portrait of a Lady on Fire, a deeply moving drama about a forbidden romance in 18th century France, is a must-see. May Marianne and Héloïse find peace in their new island lives.

Robert Pattinson's character may have murdered a seagull in The Lighthouse, but its death was not in vain.

Remember when Parasite swept at the Oscars, and Bong Joon-Ho made his statues kiss? Remember kissing in general?

Oh this? It's Designer

Maybe Kith was just a state of mind after all.

Some players are opting for a high-low take on design, like a gown with a romantic silhouette accented by an asscrack-revealing cutout.

Animal Crossing: New Horizons is an opportunity for people create characters that serve as the truest extension of themselves, right down to their thirst for Bad Bunny.

Gamers can pretty much do whatever you want on their Animal Crossing: New Horizons island, including paying homage to an opus like Art Angels. Plus, if anyone is on board with the digital avatar lifestyle, it's Grimes.