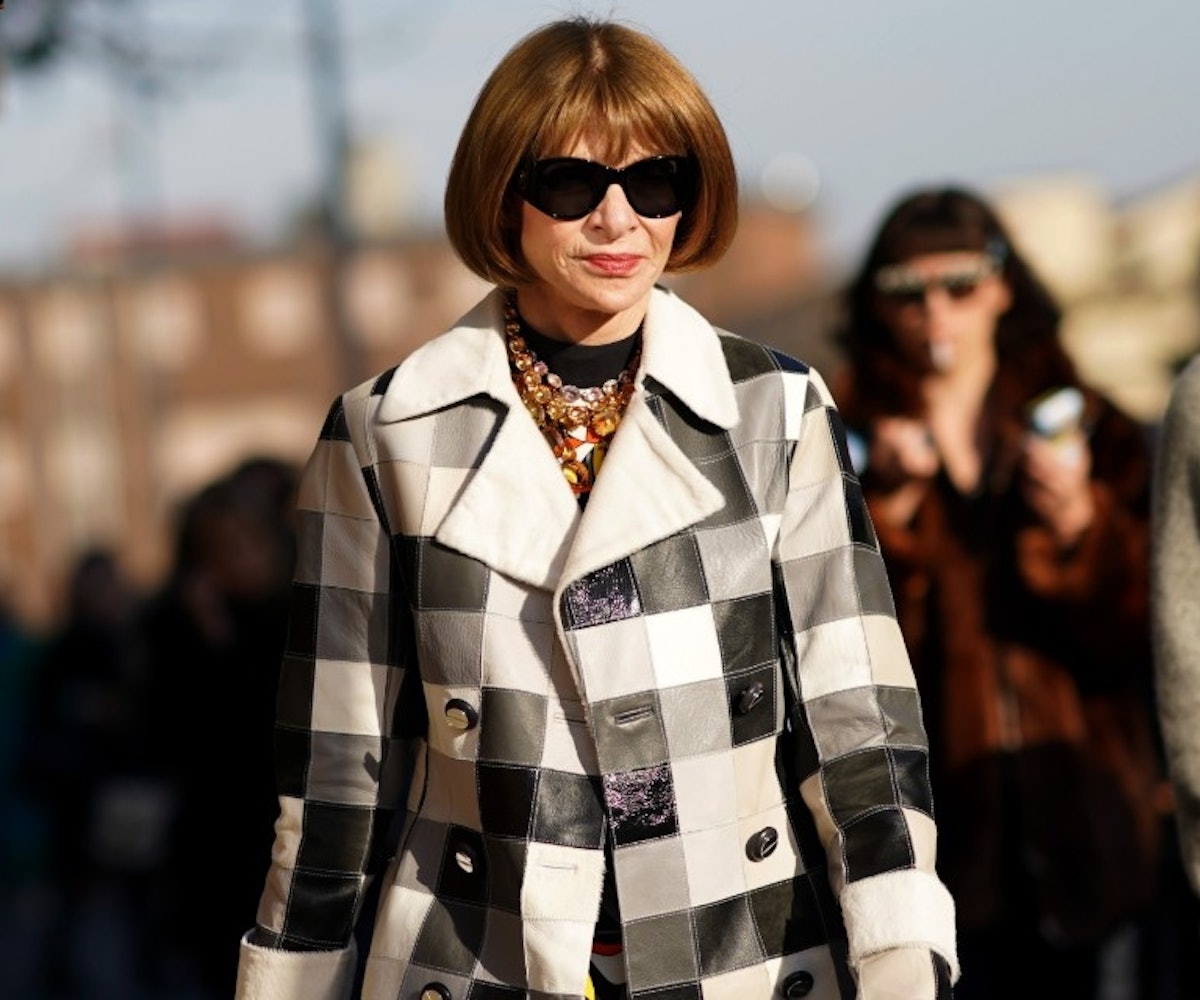 If you've been feeling insecure about living in sweatpants over the past month, I am here to bring you some good news. While announcing Vogue's new Global Conversations event, Anna Wintour posed in her home wearing a pair of red sweatpants. It appears she allowed the photo to be taken with her consent.

The Vogue editor-in-chief, who exclusively wears designer dresses and statement necklaces when heading into the office, wore a striped red sweater with red tracksuit pants adorned with a gold zipper because these are fancy sweats. She also wore sunglasses in her living room. She has a brand to maintain.

It's safe to assume that someone else took the photo of Wintour, but it's a much better visual to imagine her toying with the self-timer on her iPhone for 20 minutes to capture this historic shot. In reality, the most likely scenario seems to be that her husband took it for her, proving that not only does Wintour work in sweatpants, but she also has the Anna Wintour version of an Instagram husband. The day cannot get better.

Vogue Global Conversations will take place with Vogue editors around the world, and include guests Marc Jacobs, Kenneth Ize, Stella McCartney, Virgil Abloh, Cédric Charbit of Balenciaga, and Pete Nordstrom to discuss the fashion industry's future. Registration to watch the talks is free, but also capped, so sign up quickly. The four-day event begins on April 14. Wintour has not said whether she will be wearing her sweatpants for the talks.

Check out more of Wintour's work-from-home style (including plenty of striped swaeters), below