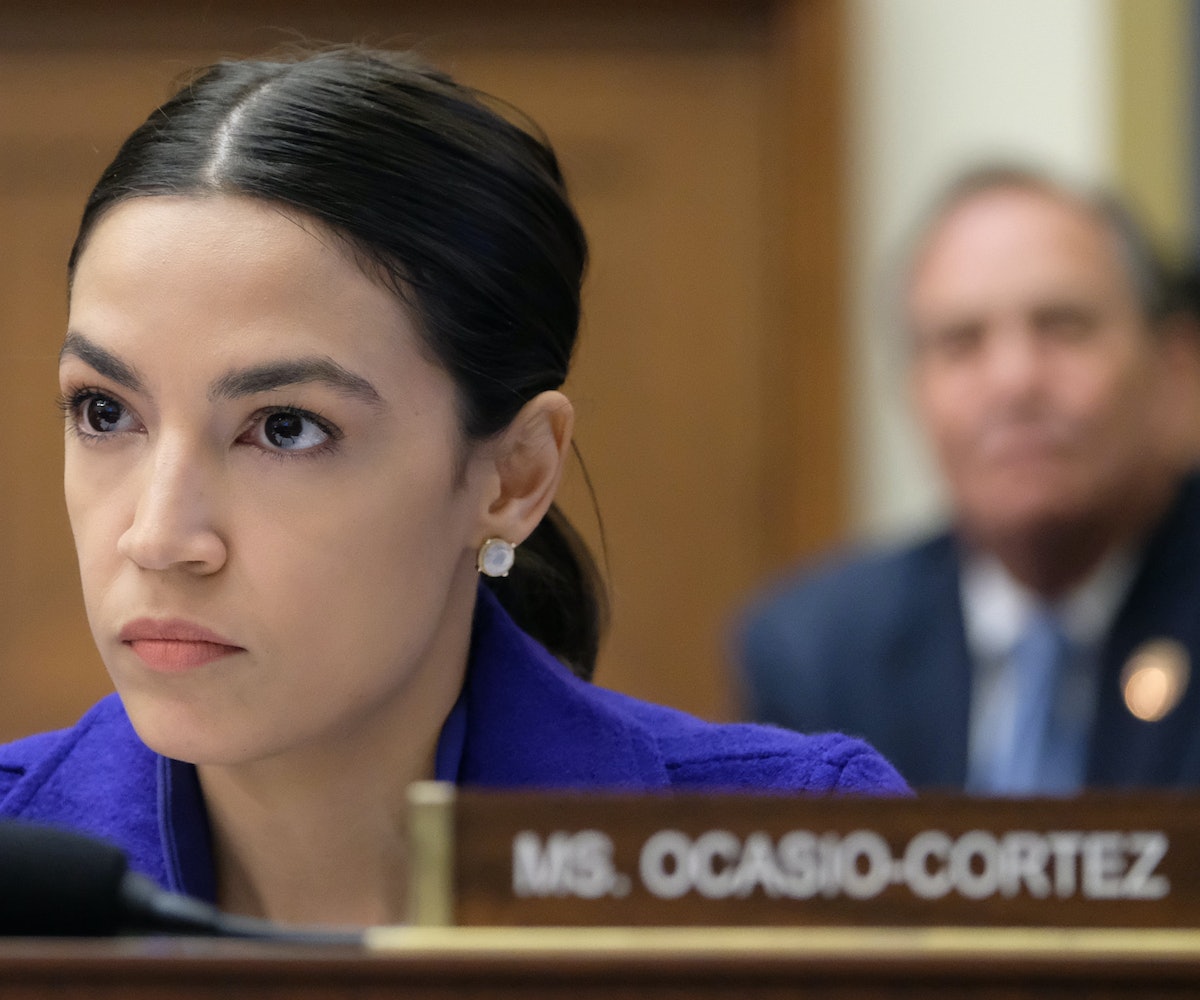 Some hateful people on Twitter are making fun of Alexandria Ocasio-Cortez's boyfriend's appearance. The tweet that started it all, which has since been deleted, described her boyfriend, a web developer named Riley Roberts, as a "bin raccoon" and asserts that the pairing represents "all the ambitious and stunning millennial women shackled to boyfriends" who aren't as conventionally attractive. That's about the worst take I've heard all week.

Roberts actually deserves none of the hateful criticism of his appearance. He was spotted proudly supporting AOC at her swearing-in ceremony and helped collect signatures to get her on the New York ballot. Even more, AOC's mom is obsessed with him, too, telling Daily Mail that she "love[s]" him. "He is the most loving, supporting person I've seen," she said. "He helped her tremendously during the election." But! But! He has nerdy glasses, so AOC should break up with him!

The way a person looks says pretty much nothing about them, and this is coming from a person who absolutely loves to hold men accountable for their general mediocrity. If Roberts didn't support AOC's journey to Congress, then, sure, he would be pretty representative of the shitty men that straight women sometimes choose to date, but he did. And in any case, these are just bad photos, and I think he looks pretty nerdy-cute.