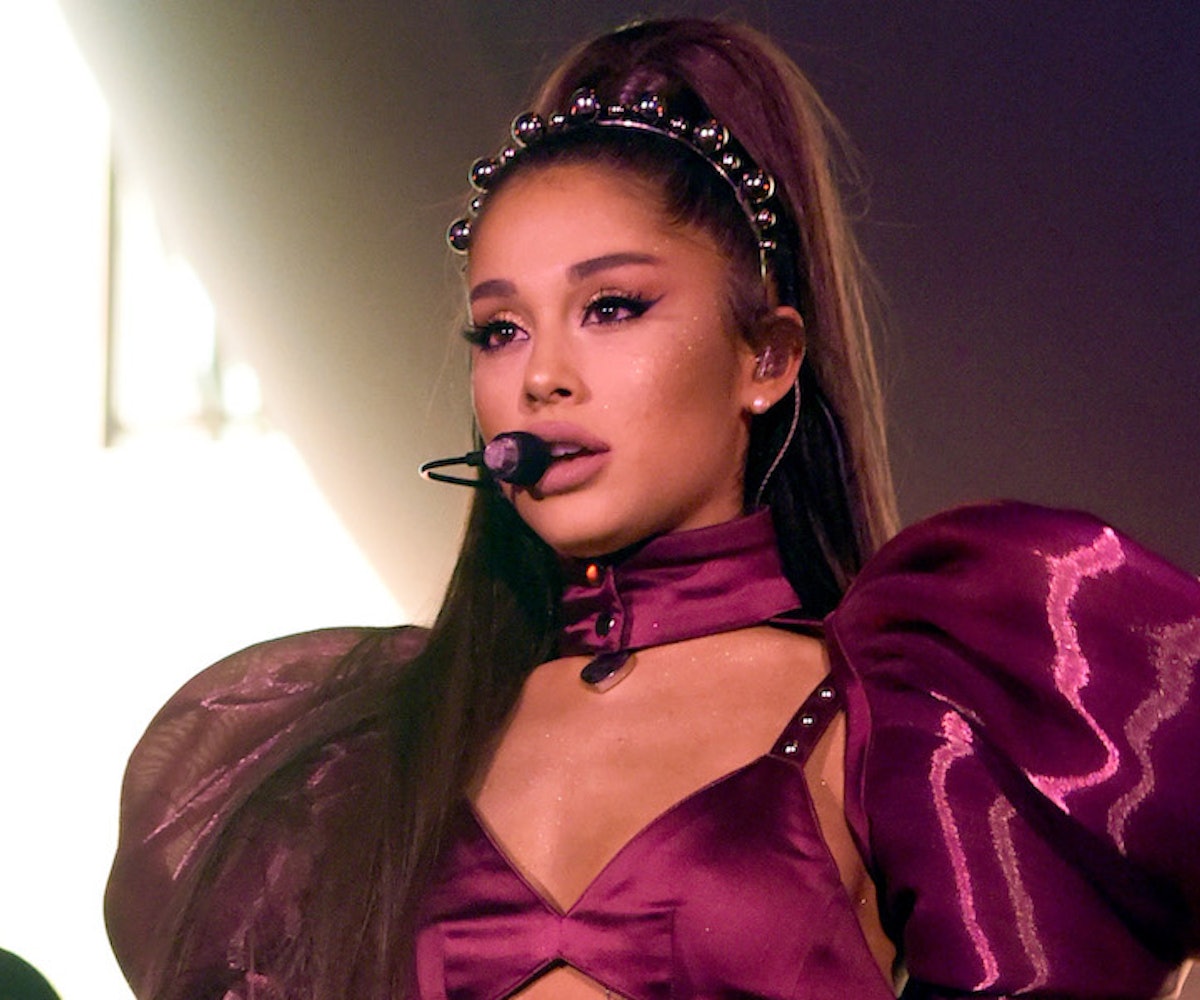 Ariana Grande did the most with her Halloween costume this year by paying tribute to Twilight Zone with a full facial transformation. Forget grabbing a face paint set from the costume shop — you'll never be able to think of scary makeup (or Grande) the same way ever again once you see how she recreated a memorable character from 1960 episode "Eye Of The Beholder."

For those of you who have never watched Twilight Zone, in this particular episode, we see a woman who has undergone 11 face surgeries in an attempt to come out looking like everyone else and not be banished to a colony that holds others who look like her. In a plot twist, after the bandages come off her face, we see that the woman is conventionally beautiful and it is the rest of the people, including doctors and nurses, that have disfigured faces with pig-like noses.

Obviously, Grande would be forced to live in the colony in the episode with her knock-out looks, so she wore prosthetics to look like she'd fit in amongst the Twilight Zone episode's world for Halloween. While her face was made up to look disfigured, Grande kept her iconic high ponytail and upped the glamour with black gloves and chandelier earrings to add her own signature flair.

See the look and some of the hints that she dropped prior to the costume reveal, below.

Grande didn't shock her followers with the face deformity upon posting, as she'd been teasing the reveal all week on Instagram. She began by posting the title card of the series, followed by clips from the specific episode, so it's not at all a surprise she turned it into a costume. Peep all her teasers below, and start planning for next year if you want to get into the same stratosphere of this costume.