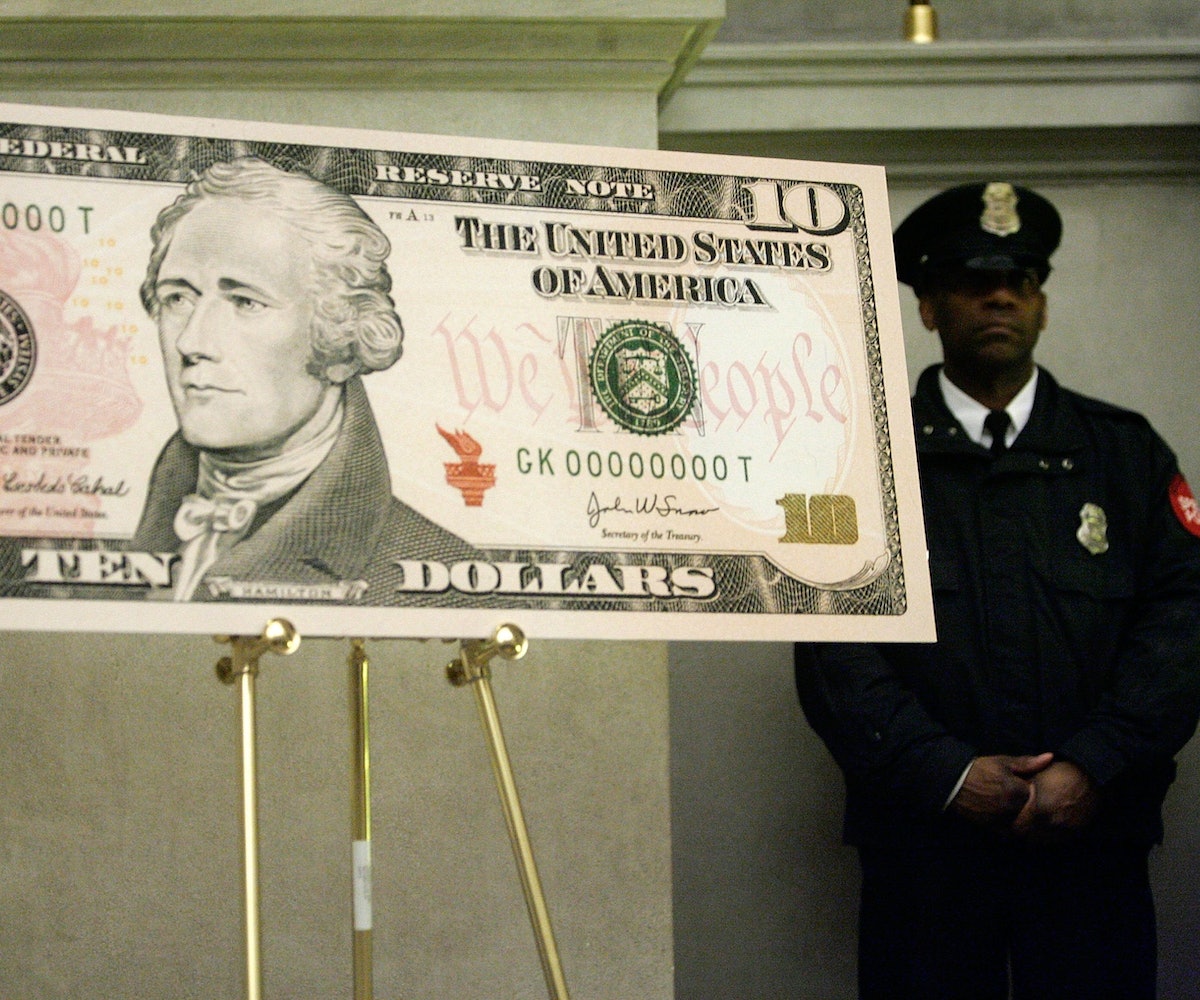 Move over Alexander Hamilton, because there's going to be a new face on the $10 bill. The United States Treasury has announced that the $10 bill will be redesigned to feature a woman on its note by 2020.

Though important women like Sacagawea and Susan B. Anthony have appeared on $1 coins in the past, giving a woman a place on an often-used, widely-circulated bill is a huge step for women. The Treasury is in plans to launch a social media campaign to collect suggestions for which famous woman in United States history should be featured on the note. The two requirements are that she must be deceased and that she represents the theme of the new bill: democracy.

The original bill to get a woman on the face of paper currency was introduced by Sen. Jeanne Shaheen (D-N.H.), who said of this new development, "Young girls across this country will soon be able to see an inspiring woman on the ten dollar bill who helped shape our country into what it is today and know that they too can grow up and do something great for their country."

The new and redesigned bill will be introduced in 2020, which marks the 100-year anniversary of women's winning the right to vote.