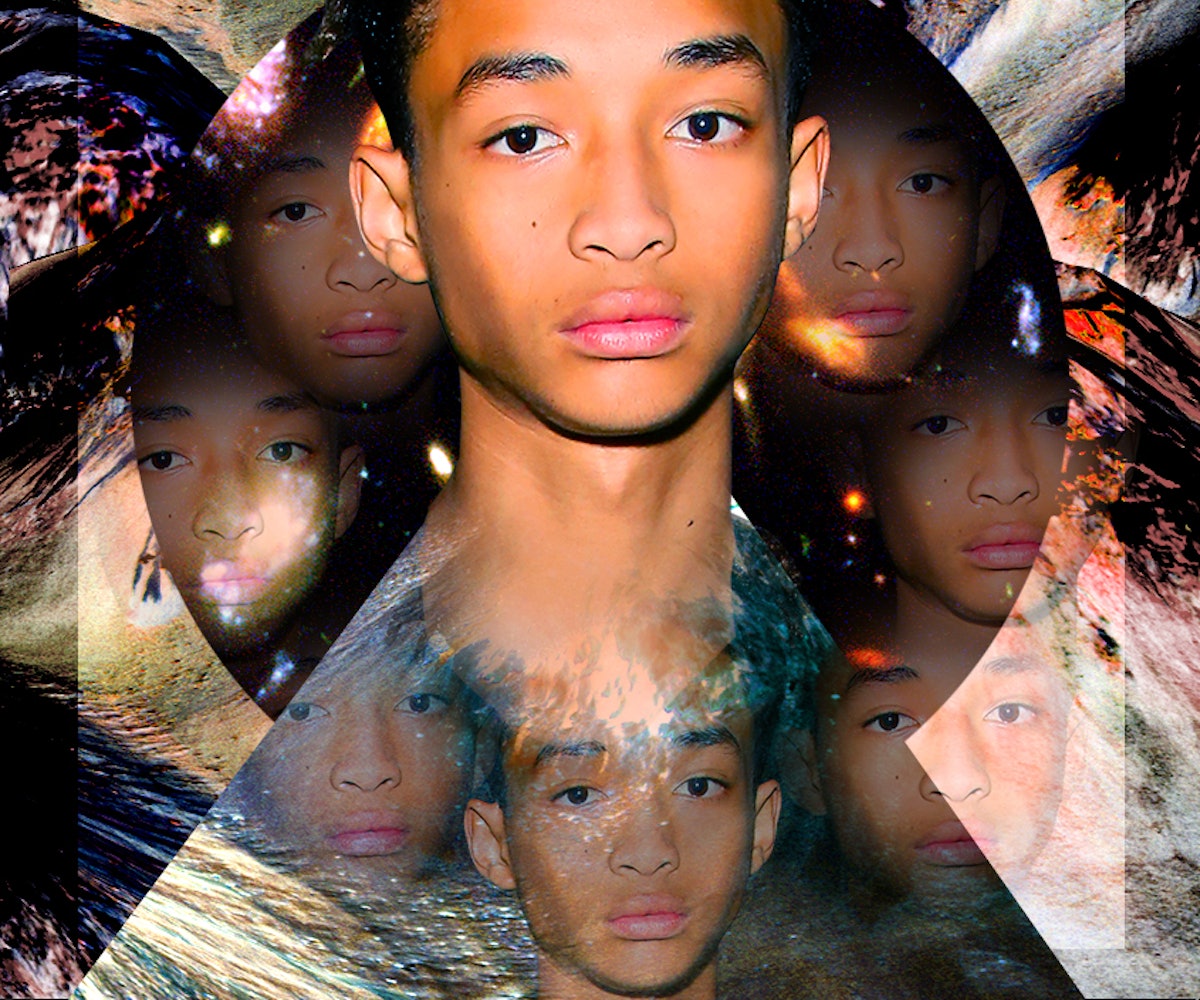 Last year was a big year for Jaden Smith. He divulged that he can manipulate the nature of time, reach a total state of being by breathing and channeling prana energy, and discovered the meaning of life through unapologetic self-expression. But towards the end of 2014, the young pseudo-philosopher seemed to be in distress. "I'm To Emotional For All That Relationship Stuff," he wrote in his signature caps case three days before ringing in the new year. "Who Was On the Plane." "It's Okay To Cry Guys." he continued.

But once the clock struck 12 and the ball literally—and metaphorically—dropped, it was an entirely new start. Here, we revisit the past year's most tumultuous and excitable moments, and discover more of life's warped lessons, through the tweets of Jaden Smith.

While this Lexington guy never quite rocked the general public's world, he serves as a simple reminder to question everything: yourself, your identity, your choices, the darkest parts of you, and those who randomly approach you on social media. Don't idly sit back as life passes you by. Take control. Educate yourself. Stay woke.

Can a person be in two places at once? In two different universes? In two different planes of existence? Perhaps. Once again, by examining our different senses, we discover that life isn't black and white, but rather an amalgam of greys and combinations of primary colors.

As Smith previously told us, "It’s proven that how time moves for you depends on where you are in the universe. It’s relative to beings and other places. But on the level of being here on earth, if you are aware in a moment, one second can last a year. And if you are unaware, your whole childhood, your whole life can pass by in six seconds. But it’s also such a thing that you can get lost in." Manipulate time, manipulate your reality. Take charge.

Yes, that was the most Jaden thing ever. And being self-aware never hurts.

Just a friendly reminder that Fifty Shades of Grey the movie dropped this year, and like Christian Grey, we are all flawed human beings, although not all of us are clichés of damaged, broken people.

In today's live-fast mindset, everything has an expiration date. Limited-edition really means limited-edition, and sometimes you have to take that seriously, even if on the surface, it looks like you're a celebrity who just wants a pair of sneakers, but especially if you're just a teen chasing your dreams and trying to make your way up life's stairs.

Who would have ever thought that it would take a dress to rock the Internet and bring it all to a standstill? Not I, not Jaden, not you. And yet the dress did. It forced people to have an opinion, and forced them to think about the way they see reality and the differing ways that others do. Perhaps the dress didn't exist at all. Perhaps it was all just a way for us to realize that people will always see things from other perspectives, and we should accept that.

You can't go through life hung up on all the shit going on around you. You should know about it, and you should work on solutions, but you shouldn't let it hold you back, you know? There's one foolproof way to get over whatever hangups you have in life: Reflect on your life while staring at your reflection and cry. Let all of that negative energy out and you'll be good.

Nothing in life's just going to be handed to you. You think they're going to come up to you and say, "Here, have this successful career, and have everyone love you?" No. That's not going to happen. What you have to do is work hard, then look at that work, and work even harder. Then check Instagram and Twitter and whatever. Oh, that person's at a party? Work harder than them. They're sleeping? You don't need it. You just need to work hard. And then Tweet yourself to let them know you're working harder.

Physical space doesn't really exist, you know? It's all about the matter that makes up what we perceive as physical space. If you want to do something, do it, and watch how it affects the so-called city you're in. Create your own city. Don't put any borders around it. Don't close anybody off to it.

You have to embrace every aspect of life—its light sides, and its dark sides. If you want to live in a delusion, then do so. But don't hold anyone else back from seeing life in its full nature.

Live your life in flux.

You can go through life alone and close yourself off to the different opportunities that present themselves, but then you risk not knowing the balance of life and the power of the queen.

Amazing things happen when you know yourself and ignore all the bullshit. Try it sometime. You may like it.

Jaden got his Yeezys, and you can too. But don't think that your struggle will get them for you. No, your struggle doesn't get you anywhere, at least not monetarily.