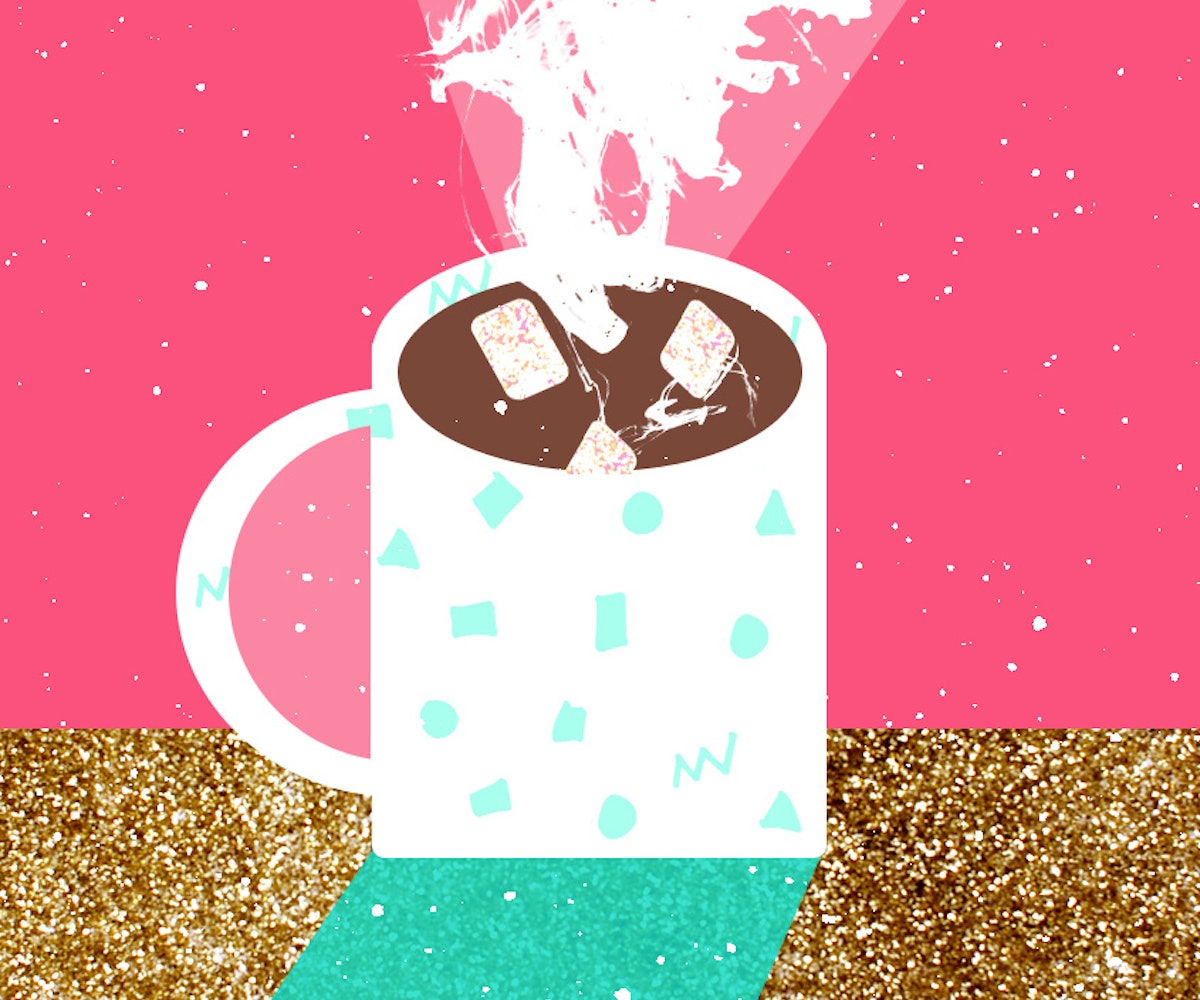 Some people's January pasttimes include taking a barre class, or knitting, or creating some kickass ceramics. Mine, on the other hand, primarily consist of binge watching Netflix shows, reading a few book club picks, and sipping (read: chugging) hot chocolate. Admittedly, I may not be making the healthiest of lifestyle choices, but they certainly are good for the soul. With that in mind, I've decided to share my expert cocoa knowledge and favorite recipes with you—because chocolate, warm or not, has the power to make the world a better place.

It's thicker than non-fat/low-fat milk and has a little kick. And we all know that the heavier the base, the better the hot chocolate will be in terms of consistency and overall enjoyment. Also acceptable: Almond and soy milk.

When a former NYLON intern told me to add some red wine into my hot cocoa, I may have gagged a little. But, on a particularly odd evening, I decided to try it out. It has since become one of my favorite pairings ever. You could also go the traditional route and add a heavy hand of Baileys, but that really doesn't sound as fun, does it?

Yes, this method does take more time and energy than stuffing your hand in a bag of Kraft Jet-Puffed Marshmallows, but it pays off. Plus, it really doesn't take that much time to prepare and you can add in whatever flavor your heart desires.

All you have to do to get campfire-esque mallows is to pop your mug into the oven and hit "broil."

TRY: Amanda K. By The Bay's Broiled Bailey's Hot Chocolate (or, as I like to call it, the best of everything)

Sure, a traditional hot cocoa is great, as is one with Nutella in it, but it's always great to add a bit of diversity to your day. Throw in some Mexican chocolate, cinnamon, peanut butter, vanilla, or even lavendar.