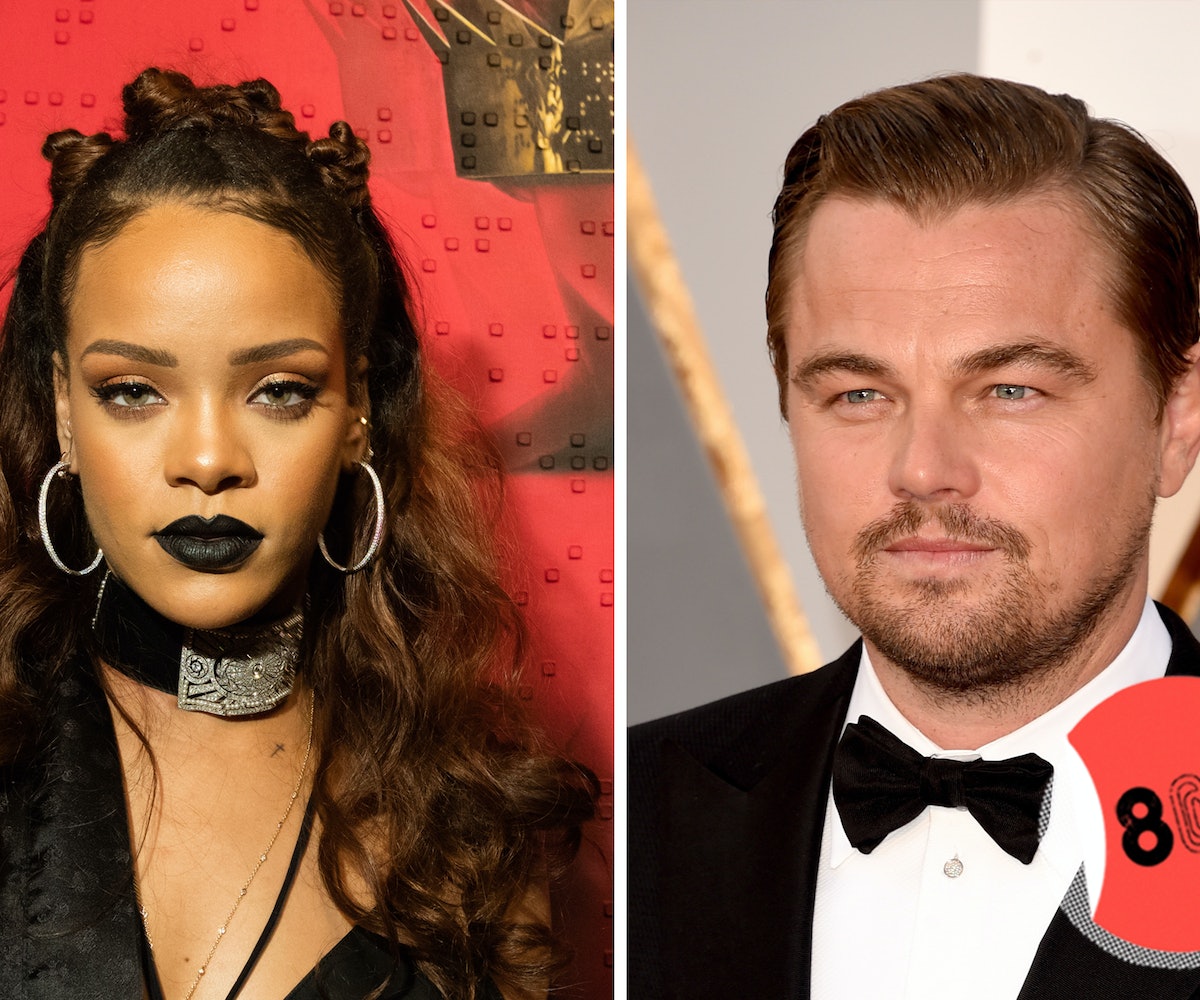 + Festival season is for lovers, and Rihanna and Leonard DiCaprio are no exceptions to the rule. (Don't act like you forgot...) The former flames were seen rekindling throughout the evening with their sunglasses on. Shady? Yes.

+ In an interview with The Hollywood Reporter, Kerry Washington fully defended HBO's controversial Confirmation, a film about University of Oklahoma law professor Anita Hill's sexual harassment case against Supreme Court Justice Clarence Thomas in 1991. (Republicans weren't exactly lining up to see it.) "It's not a propaganda movie," said Washington. "It's a movie about complicated people in a really complex situation doing the best they could with the tools they had at the time."

+ Jessie Ware is expecting... a baby! The singer announced the big news on her Instagram page. Congratulations to her and her hubby, Sam Burrows.

+ Best Coast's Bethany Cosentino went off about Chris Brown and how his latest single "Back to Sleep" perpetuates rape culture. Please give this woman a huge round of applause.

Get your hands on Soul Sunday's brand new Seacliff collection and free shipping with the code HELLOSEACLIFF.

"That’s the worst role model to be—to be someone else." —Maisie Williams