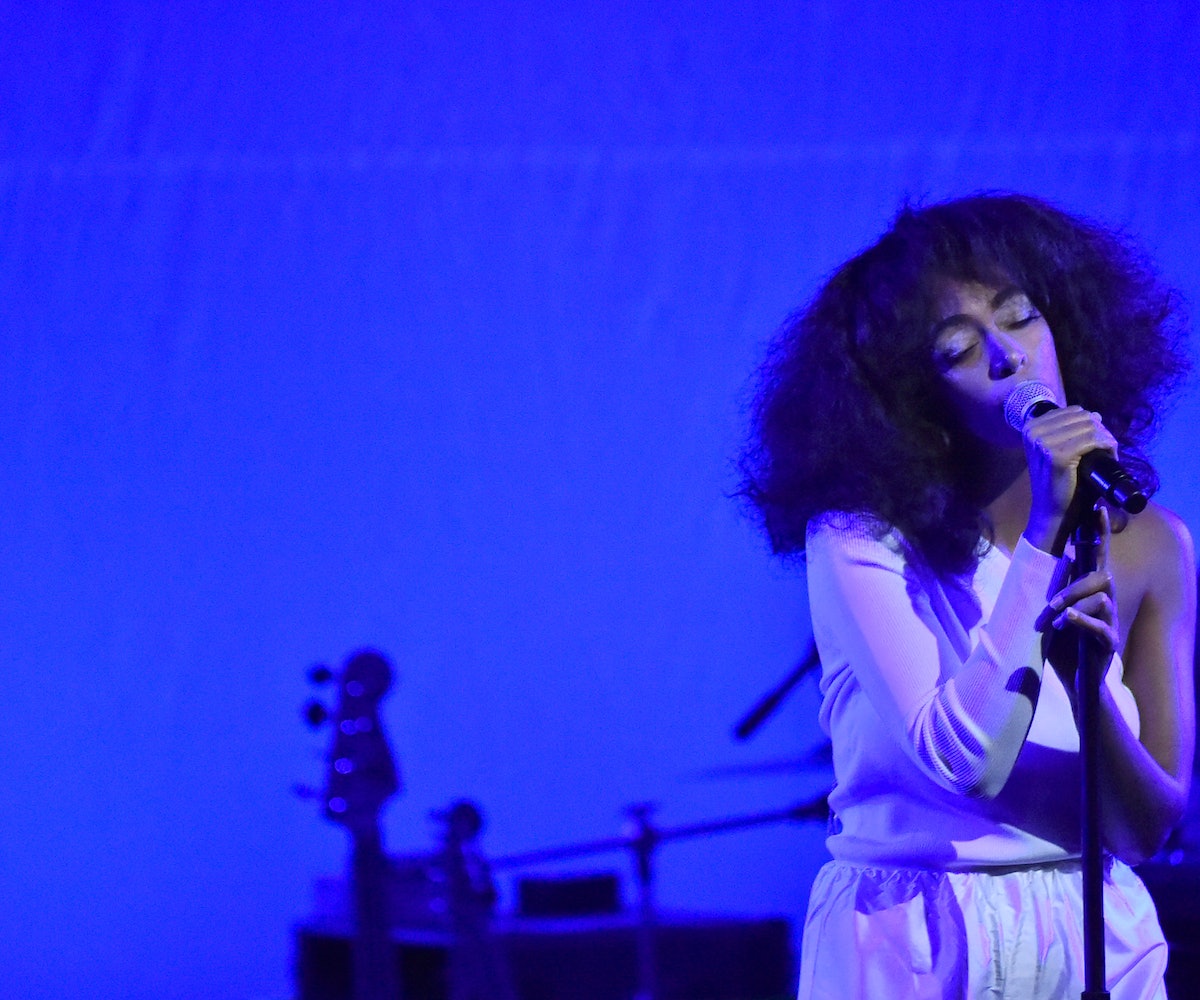 + This past weekend, Solange imparted words of wisdom in Yale's four day series "Blackstar Rising & The Purple Reign: Celebrating the Legacies of David Bowie and Prince." The singer-songwriter spoke of her intentions behind the creation of A Seat at the Table, as well as her experience as a woman of color in a music industry "built off of the backs of black people."

+ Rihanna isn't about to "shut up and sit down" as per Azealia Banks' request. After the problematic artist took to Instagram to ridicule celebrities who have been voicing their concerns about the new POTUS, Rihanna clapped back with an indirect reply post, including hashtags that referenced Banks' chicken sacrificing habits. Yikes!

+ After a Texas mosque was engulfed in flames only hours following Trump's immigration ban from majority Muslim countries, the community received an outpouring of support on their GoFundMe page. In the span of two days, the Victoria Islamic Center has well surpassed their goal of $850,000 with nearly 20,000 individuals sending donations. The cause of the fire is still under investigation, but is one of many crimes that have taken place at mosques across North America following Trump's executive order banning immigration from Muslim countries went into effect, including a shooting at the Quebec City Islamic Cultural Center that left five dead.

+ The American Civil Liberties Union has received $24 million in donations, nearly six times the amount the ACLU receives each year.  Executive Director Anthony Romero explained the sudden increase as proof that citizens are refusing complacency, stating, "People want to know what they can do. They want to be deployed as protagonists in this fight. It's not a spectator sport."

+ Next Protest will keep you up-to-date on all of the latest big protests, so you won't have to rely on Facebook to share events anymore. New York residents can get even more last-minute planning with Take Action NYC's event calendar, which lists everything from self defense classes to meetings and protests.

The Nue Co. has launched its new line with Net-A-Porter.  The company intends to bring clarity to the confusing world of supplements with high standard ingredients to support your skin, energy, digestive system, and general health (not to build huge muscles).

NEXT UP
Life
Fever Ray Throws A Spooky & Sexy Office Party In "What They Call Us" Video
Life
On Repeat: Vaquera’s Away Collaboration Is Brought To You By Britney Spears B-Sides
Life
Demi Lovato Slams Child Stardom
Life
Beloved Video Game Oregon Trail To Become A Musical Film