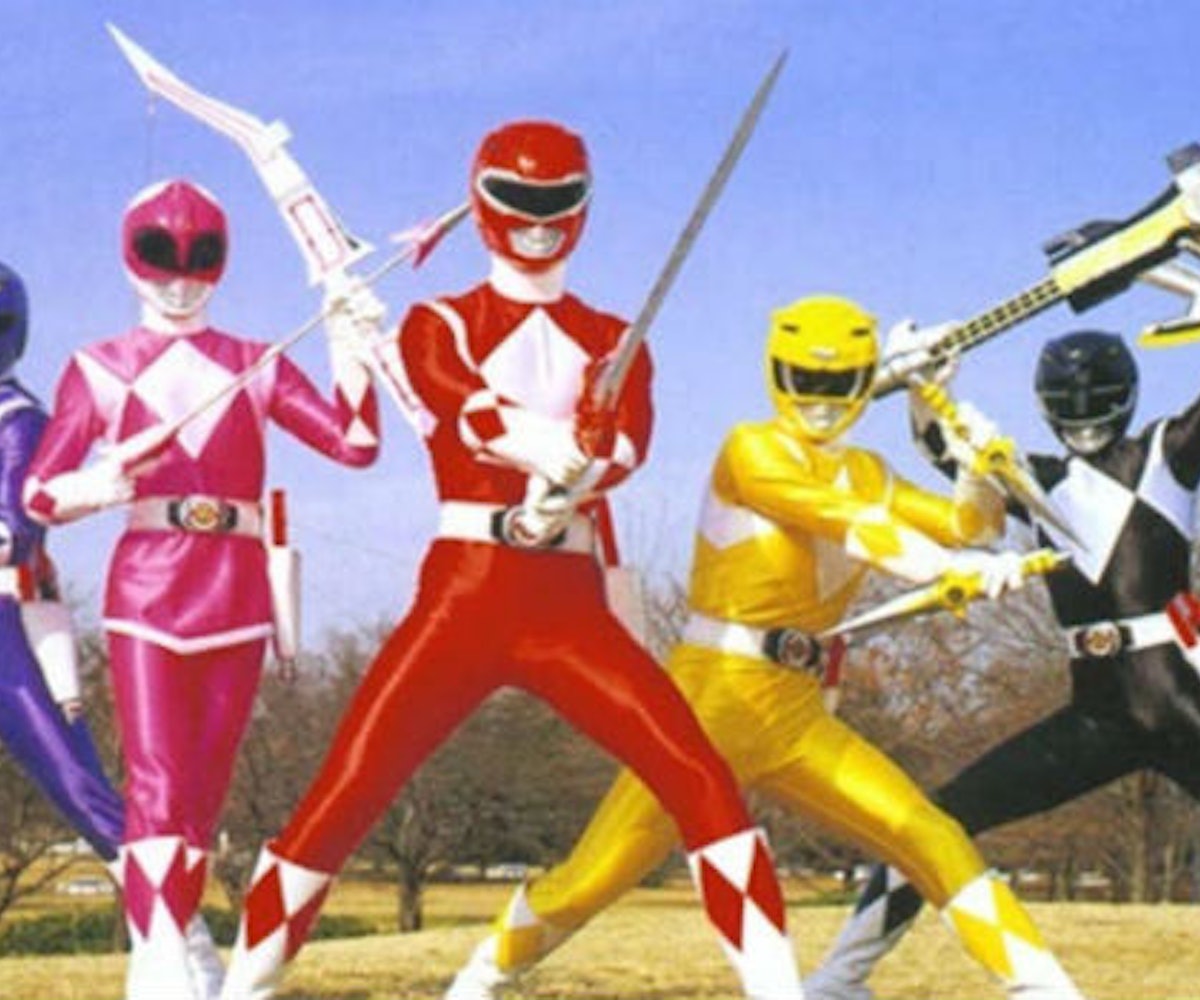 + If your skin is in need of a superhero treatment, look no further than this new upcoming collab. GlamGlow is launching a new Power Rangers GravityMud Treatment, inspired by the '90s television show. The masks will come in special green and gold editions of the iconic GravityMask. They won't be available at Sephora until this fall, so mark your calendars!

+ Demi Lovato, Selena Gomez, and Miley Cyrus just had a major Disney Channel reunion on Twitter, thanks to Kevin Jonas. It's no secret that all three ladies have chart-topping songs out right now, which prompted Jonas to

a screenshot of the evidence, commenting, "Gotta say this is really interesting and amazing." And let's not forget that sweet reunion between #Delena earlier this week—our hearts can't take it!

+ Disneyland is bringing you some sparkling treats this summer! In celebration of the return of Fantasmic, the amusement park is serving up glittery versions of Mickey Mouse beignets and churros. The delicious treats come in different flavors, including blackberry and watermelon, and are the only thing you need for the perfect Instagram photo.

+ Someone created the greatest mash-up of Game of Thrones and Hamilton—and we're obsessed. YouTuber Jason Feifer recorded a

of the opening song of

, "Alexander Hamilton," changing the lyrics to be about

Jon Snow. The new song includes lyrics like, "How does a bastard son of a Stark and a Dragon, born in the middle of a forgotten spot in Dornish mountains, by providence subjected to endless slander, grow up to be an undead Lord Commander?" BRB, listening to this song on repeat.

+ If you needed a more obvious sign that the end of the world is near, look no further than Tropickles, aka fruit punch-flavored pickles. The 24-oz. jar of red pickles can be found in select Walmart stores and apparently has been a delicacy in the South for a number of years. Walmart said in a statement, “The modern-day couple, the pickle and fruit punch met on social media (they bonded over recipes on Pinterest, to be exact); now, we are celebrating their union on Walmart store shelves.” I guess you can't knock it 'til you try it?

It's not too late to choose your summer scent! Beauty and fragrance brand Hi Wildflower collaborated with Dusty Rose to create the perfect unisex perfume oil. The scent is inspired by a good vintage hunt and smells like dusty roses, cedar closets, Moroccan oud, and spice. Get the limited-edition scent, here.

"What sets you apart can sometimes feel like a burden, and it’s not. And a lot of the time, it’s what makes you great." —Emma Stone