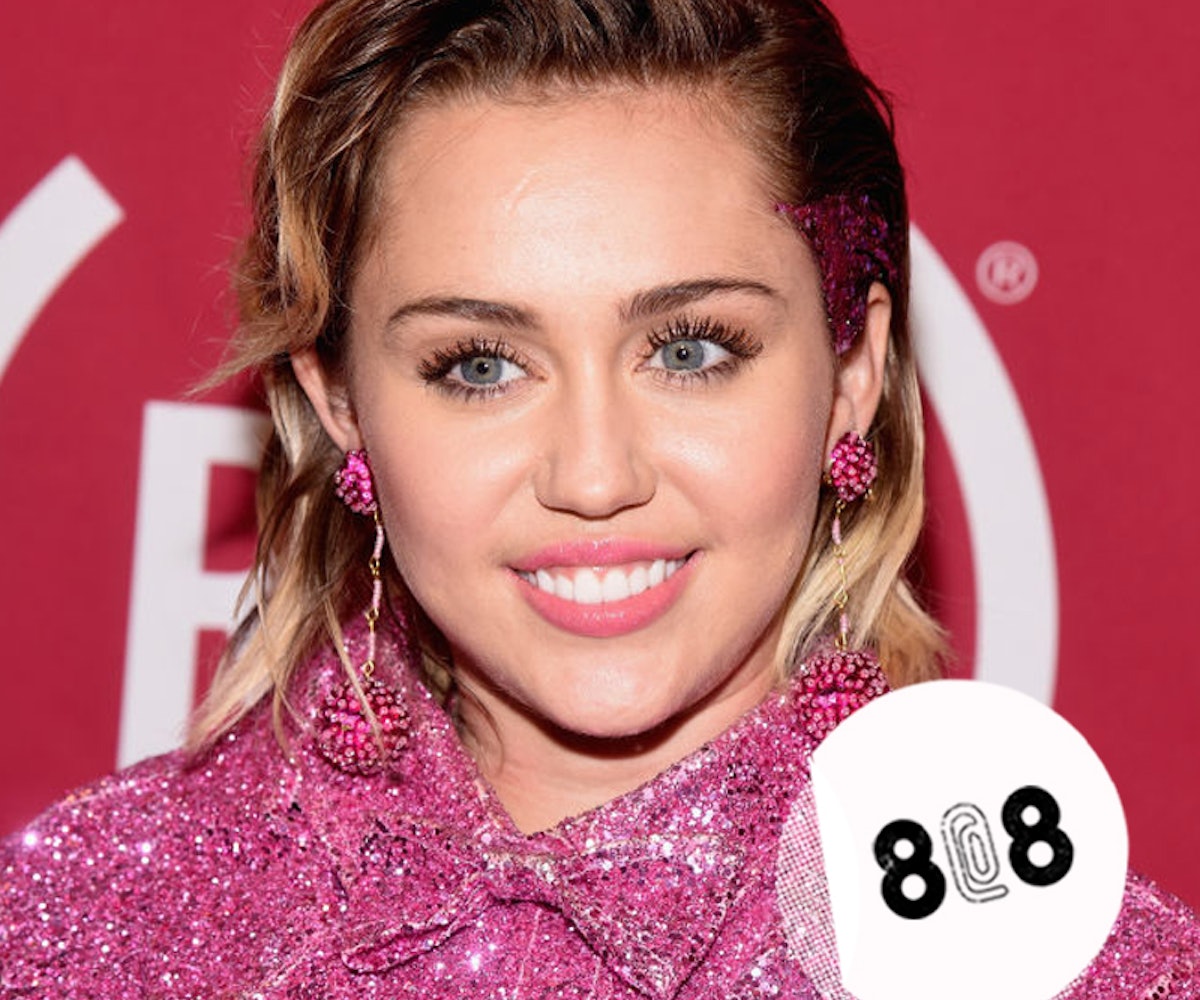 + Are they? Aren't they? Does it even matter? On-again, off-again couple Miley Cyrus and Liam Hemsworth haven't confirmed their engagement, but Miley was spotted with a ring on her left finger last weekend. While it's no one's business whether the two actually put a ring on it, pics don't lie.

+ A new study by Italian researchers shows that eating pasta was actually associated with lower BMI. Contrary to popular belief, those who consumed more pasta tended to have smaller waist circumference, so BRB, living our best lives at Olive Garden.

+ Riff Raff is looking for musicians to join his new country group. The (former?) rapper asked his Instagram followers to send demos for his 8-piece band, which will record an album titled Truck Stuff & Butterscotch Butts and tour the world. Those who can't play the fiddle need not apply.

+ Singer Erykah Badu shut down rumors of a fling with Kendrick Lamar, claiming the two haven't so much as spoken since appearing onstage together at 2013's BET awards. The singer took to Twitter to give her fans a lesson.

+ Cold Fronts bring nostalgia, guitar riffs, and catchy hooks in the new video for "Primetime," off of their latest release Forever Whatever. The video begins with singer Craig Almquist waking up in a forest, singing "All I need is time." The hero races against the clock to get the girl, ultimately ending up right where he began. Watch the dreamy clip below.

"Relax, stop overdoing it, and just breathe for a second." —Zendaya